Taking advantage of that The league, As the Pisuerga, went through Valladolid, the Real Madrid He beat Pucela (0-1) to dive again in the fight for the title, and he did it almost without ammunition, because with the last injury Benzema, to Zidane Only two players from the first team remained on the bench: Lunin and Isco.

Maybe that’s why the soldier who saved the whites, Casemiro, was one of the inexperienced in the art of scoring but equally his goal served to circumvent the defensive framework of the Valladolid and think about him Atalanta, another war for which the battalion is still very fair.

The reality of the first minutes of the game is that they were white and violet. The Real Valladolid, who first observed and then attacked, came close to getting ahead with several shots on target, all of them rejected by Courtois. The clearest was the one that bore the signature of Janko, who must still be lamenting the wasted occasion. It is difficult to guess if it was more his own mistake or a success by the Madrid goalkeeper who ended up sending the ball to a corner. 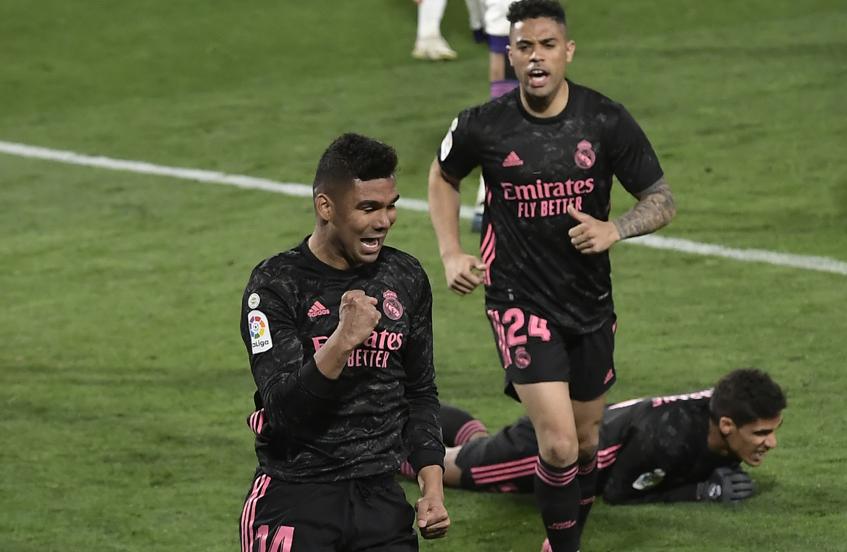 From there, the Real Madrid it was intoned. He began to tune his strings with Modric Y Kroos as main elements and sent two clear notices to which the referee did not give his approval. Success in both cases because Mariano, who was the one who incurred the wrong position, did not know to be in the right place or at the right time. Resolved well before Masip, but when the play was already invalid.

And after that first half hour of barking rather than biting, the game came to half-time with a draw that the two teams didn’t seem to care too much about.

Miracles of Courtois and favors of Casemiro

The second half was a carbon copy of the first. With the small great detail that this time the Real Madrid he did hit the target of the goal of the Valladolid. Before, those of Sergio, returned to warn with a great occasion, the work of Orellana, but just like in the first half, Courtois He brought out the catalog of miracles with a great stop. All this, yes, would not have happened if Mendy, instead of mistakenly putting a great ball to the attacker of the Valladolid, would have cleared it in favor of their interests. Disadvantages of friendly fire.

And in that moment, in which Zidane saw that his team was drowning and he was already thinking of refloating it with the changes, the lifeguard of Casemiro to make the 0-1 finishing off a set piece. There is no better medicine than a goal on time. And Madrid needed it and a lot by then.

With this and with the substitution dance, the game had no more history. He maintained interest until the end due to the narrowness of the scoreboard, but not because the Valladolid show signs of reaction. And the whites, more or less comfortable, ended up certifying a victory that reactivates their options in LaLiga.

Spectators: Behind closed doors at the Municipal José Zorrilla