The fascination with fast laps on the Nürburgring He has been with us for more than a decade. It is a resource widely used by manufacturers to demonstrate the performance of their machines, comparing it with that of their direct rivals. The battle is being especially raw below seven minutes, between cars like the Mercedes-AMG GT Black Series or the Porsche 911 GT2 RS. One of our readers, the computer engineer Pedro López, has created Cars on The Ring, a fantastic tool to compare fast laps on the mythical Nordschleife.

To compare these lap times, you have designed a minimalist website, in which the first thing to do is choose which cars we want to compare. The current vehicle list is almost 40 cars – 39, to be exact – and they range from a Ford Focus RS to a McLaren P1 LM, through a NIO EP9 or the meteoric Porsche 919 Evo. Once we have chosen which cars we want to compare, the on-board videos of the lap of both cars start playing at exactly the same point of the circuit. One point, which by the way, we can choose!

It has 40 different cars. Be patient, the tool is still evolving. 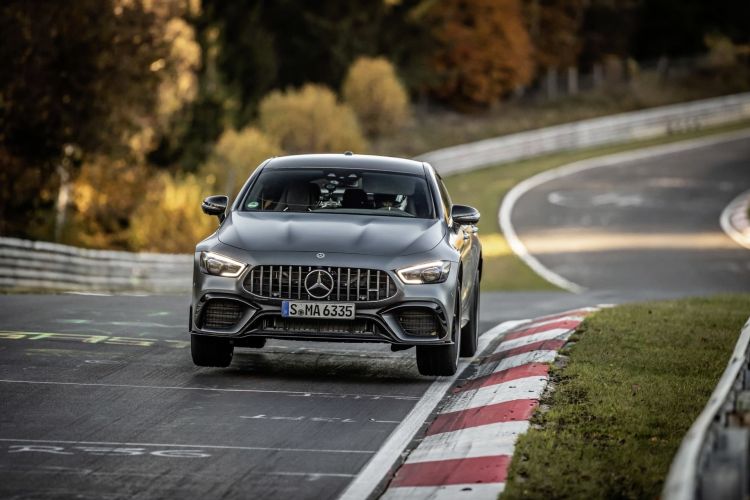 We can start at the classic Hatzenbach (the point that marks the beginning of the 20,832-meter-long track), but we can also choose to compare both cars from the Flugplatz “jump” or the classic Karussell. What does this tool allow us? For example, check how the advantage between two cars lies in the slow zones or in the fast zones, or where the main differences at a dynamic level in a specific area. We can be subtle, or we can compare two absolutely and radically different cars.

A Nordschleife miniature with two moving points It indicates the advantage of one car over the other and a vertical bar indicates how much is left until the finish line. We have at our disposal a time counter and a marker that indicates the time advantage of the fastest car. It seems like a simple tool, but it offers a great wealth of information and allows us to spin fine. What’s more, is evolving and soon Pedro could implement more functionsplus more vehicles – the records keep going.

I have personally compared the laps of the Porsche 919 Evo and the Volkswagen ID.R, again being impressed with the performance of the 919.

From Diariomotor we want to thank Pedro for sharing his tool with us. Take advantage of playing with it and exploit its possibilitiesBut responsibly: it’s easy to spend a lot more time than you think messing with lap times – that has to be a good sign.