Magnus Carlsen is not yet ruled out of the victory at Roland Garros chess after his arduous victory over the Swede Nils Grandelius in the 9th round of the 14 scheduled. The Norwegian is 6th but he faces in the 10th the American Fabiano Caruana, 2nd in the world and leader with the Dutch Anish Giri and the Iranian Alireza Firouzja, who drew with the Russian Andrei Yesipenko, the champion’s executioner on Sunday. Spaniard David Antón shares the 9th place out of 14.

Carlsen, with White, did a fine dressing job to take advantage of his better pawn structure. And the small advantage turned into a winner. But just one set before (the 39th) of the time control, the Scandinavian omitted a tactical resource relatively easy for him to see and calculate, which diminished his advantage.

It is not risky to suppose that various negative feelings (of the type “but I won’t be able to win this game either?”) Flooded the neurons of the world champion at that moment. But subsequent events indicate that he took a deep breath, went into professional mode and went back to doing fine technical work until he achieved his 2nd victory in this tournament: he won the first day at Firouzja, followed with six draws and lost on Sunday to Yesipenko in form. final. 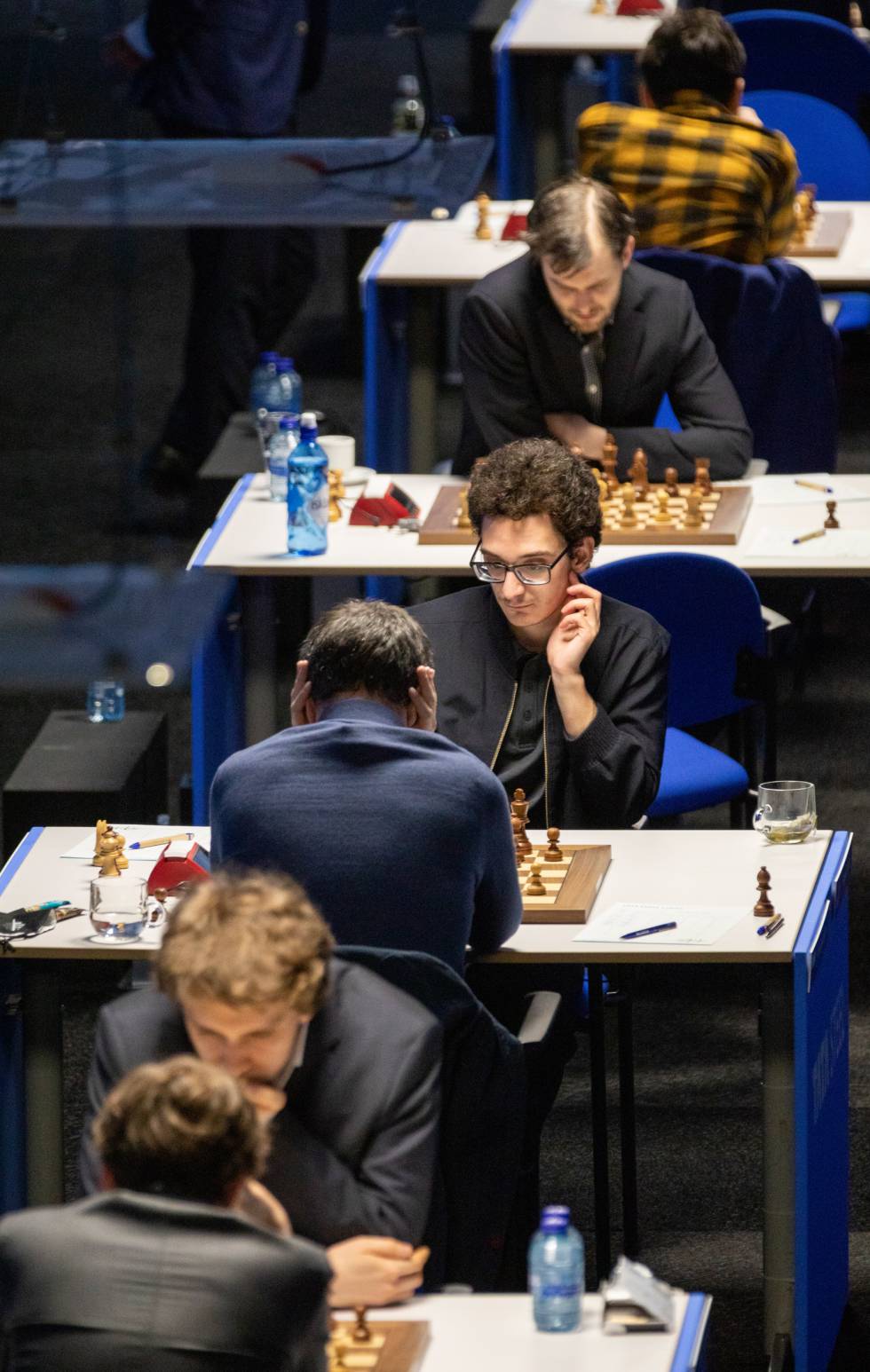 enlarge photo General view of the playing hall during the ninth round; in the center, Caruana Tata Steel Chess

Carlsen is going to need the best of himself to beat two of the three leaders – he will lead Black against Caruana and White against Gir – in the next two rounds. In the penultimate he will face the Polish Radoslaw Wojtaszek with black and will close the tournament with white against the French Maxime Vachier-Lagrave, one of the favorite theorists, who is failing with a bang.

Caruana and Giri had excellent games today against Wojtaszek and Vachier-Lagrave, respectively, while Firouzja and Yesipenko shared the point after a tough but not very showy fight lasting more than four hours. Anton had a clear advantage throughout the game against the Indian Pentala Harikrishna, but could not find a way to turn it into victory.