In the races Formula 1As in any motor sport, it’s not just about getting in a car and going round and round a track. Beneath that surface layer, there is an incredible amount of complex technology that goes into building a lap time and a winning race. The steering wheel attached to the car is just one of those pieces for the success of the drivers.

And precisely the last to land on the Scuderia ferrari, Carlos Sainz Jr., has been kind enough to give us an in-depth video tour of his actual racing wheel, which is attached to this year’s contender, the SF21. The young son of the two-time world rally champion (1990 and 1992) and three-time Dakar Rally winner (2010, 2018 and 2020) still has a lot to learn at his team, so let’s join him as he explains everything he learned during your winter vacation. 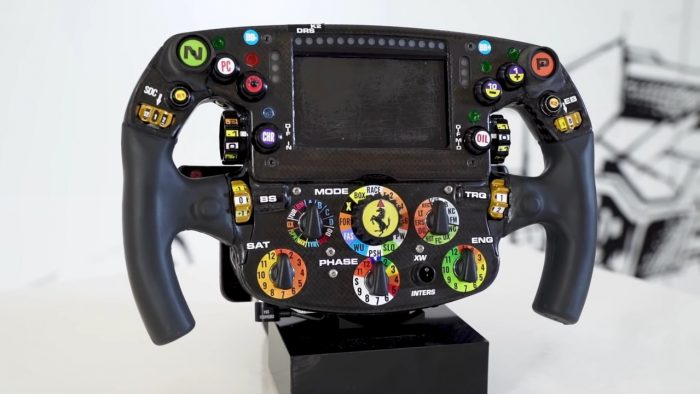 Over the years, Formula 1 steering wheels have become more and more complex, to the point where Sainz estimates that there are thousands of functions on its many dials and switches. However, that does not mean that all of them are difficult to understand. For example, the big green “N” button. This one does almost exactly what you would expect: it puts the car in neutral. It’s the equivalent of stepping on the clutch and moving the gear lever to neutral, decelerating to a stop.

On the other side we have the “PC” button, which is used to confirm the request to enter the pits (from Pit Confirm). We can also find the famous powertrain management modes. This dial, highlighted by Ferrari’s rampant horse, features simple modes such as “Race” and “Box” (Race and Boxes, respectively), in addition to those designed to change the powertrain setting in order to either preserve the power unit by virtue of betting on reliability, or to unleash all the performance. 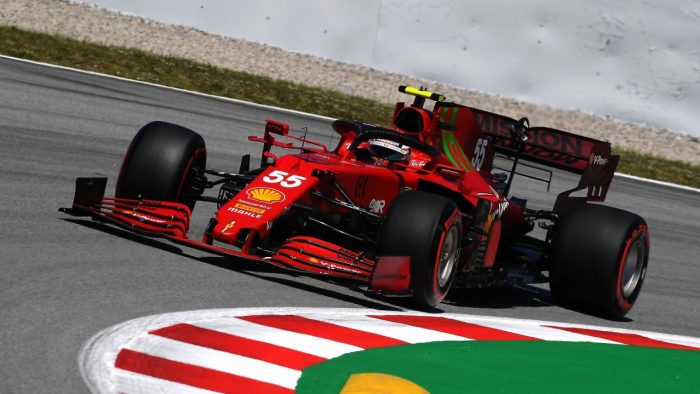 However, in order not to be too simple, Ferrari has also integrated a knob for engine power delivery. The closer to the number 1 the above selector is, the more energy is obtained from the powertrain, made up of the main unit –The 1.6-liter turbocharged V6 combustion engine– and the electrics –The MGU-K and MGU-H–. In practice, the entire powertrain tends to perform conservatively in the race, while in qualifying it pays off.

At the bottom of the roulette there is a dial that allows the rider to see how worn the tires are. Anyone who has seen the modern tire-obsessed era of Formula 1 will know how important that information is, although drivers still like to complain about their tires on the radio (the button located on the top left of the steering wheel ). There’s also dials for differential, engine retention, battery usage, brake cast, and even for clutch settings.

If you need proof that the Formula 1 It’s not the point-and-shoot type of sport, it’s worth spending five minutes watching the video.