This Saturday a remarkable second day of the Spanish Championships was played in the open air that will conclude this Sunday at the Juan de la Cierva Municipal Sports Center in Getafe and which are marked by the proximity of the Tokyo Games.

Above the most anticipated finals and semifinals, female length broke the mold and was the best ever of the Nationals. In fact, the great Catalan ‘combinera’ María Vicente was left off the podium with a personal best (fourth with 6.54).

A sensational Leticia Gil won by improving her personal best by 30 centimeters (6.69), followed by the favorite Fatima Diamé (6.68) and a colossal Tessy Ebosele, who a few days after her 19th birthday smashed her record with 6.61 and stayed three centimeters from Concha Montaner’s sub’20 Spanish record. 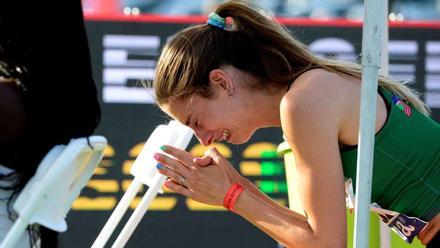 Leticia Gil gave the bell in length with 6.69

However, perhaps the culminating moment of the day was the 5,000 meters. The big sensation of the season with a colossal mark of 12:50, the Hispano-Moroccan Mohamed Katir bit the dust before a sensational Carlos Mayo who left on the straight to win his first title on the track with 14: 07.01 ahead of the Muleño (14: 08.53) and the former champion Abdessamad Oukhelfen (14.09.68).

Another that was exhibited was the European champion of 20 km marches. The Granada-born María Pérez dominated the 10 km with a personal best (43.42), ahead of her companions in the Olympic event Raquel González (44: 28.8) and a Laura García-Caro who went through the ‘pit lane’ (44: 49.3). And in an excellent final, the recovered Laura Bueno beat Aauri Lorena Bokesa (52.29) with 52.02 and the two seem ‘fixed’ in the mixed relay in Tokyo.

Despite the absence of the former champion and European silver Fernando Carro (fixed for Tokyo), the 3,000 obstacles were presented as a tie with four athletes for two Olympic places and the test ended up hit by a stumble that left out the first change to the leader of the year Dani Arce. 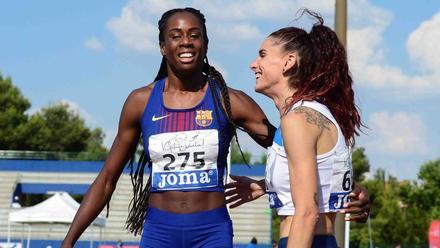 Four years after his last title and after several managerial changes and physical problems, Sebas Martos won with 8: 31.70 and will be in Tokyo. They were followed by Ibrahim Ezzaydouni (8: 33.85) and Víctor Ruiz (8: 35.88). Difficult ballot is presented to him by the technical director Pepe Peiró, who must decide in principle between Arce and Ezzaydouni. The other medal went to Rober Alaiz, who finished years of operating rooms and injuries with a fifth place (8: 44.82) that must be platinum. 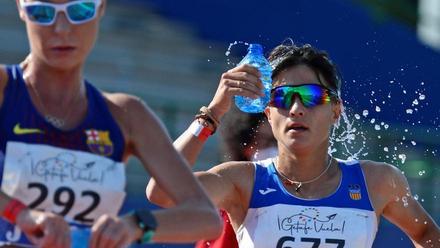 María Pérez (677) will reach the Games at full capacity

The Extremadura-born Javier Cienfuegos on hammer (76.01 to achieve his eleventh title), the Galician María Belén Toimil very close to his weight record (18.52), the Castellón Pablo Torrijos in triple (16.88), the Hispano-Cuban Lois Maikel Martínez on disk (61.68), Carmen Ramos on heptathlon (5,659) nor a ‘headdress’ Jorge Ureña with 8,073 points who will have to wait until Wednesday to know if he will be in Tokyo and that he lost quite a few points by stumbling over the penultimate hurdles in the 110.

The gold Maialen Axpe was also hung on a pole with 4.37 (same mark as the injured Andrea San José and Malen Ruiz de Azua), the happily reappeared former European medalist Sergio Fernández in 400 hurdles (49.55), a sure Sergio López in 100 smooths with 10.37 a few days after winning the sub’23 title and Maribel Pérez in the women’s hectometer (11.29, third Spanish ever). 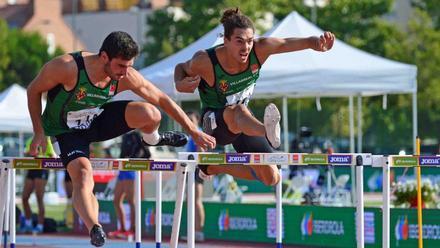 A stumble on the 110 hurdles weighed down Jorge Ureña (left)

As for the semifinals, few surprises that venture a sensational show in the finals this Sunday. In the male ‘milqui’ they prevailed in their semifinals the great favorite Ignacio Fontes (3: 51.02) and an Adel Mechaal (3: 51.04) who ran this test for the first time outdoors this year. And in women, Esther Guerrero did not fail either after her historic ‘double’ last year (fourth without forcing in her ‘semi’ with 4: 31.23) nor Marta Pérez (second in hers with 4: 24.43) … although watch out for the Marta García, Águeda Muñoz and ‘Soli’ Pereira.

The great test of these Nationals despite Mariano García’s loss due to appendicitis are the 800 men. This Saturday Javier Mirón won their series with 1: 50.03 (he has the best Spanish record of the year), Adrián Ben with 1: 50.08 (he was sixth in the last outdoor World Cup) and the continental runner-up (in 2018) Saúl Ordóñez with 1: 48.23 (he has the Spanish record) … but Pablo Sánchez-Valladares and Alberto Guerrero will also have to be kept in mind. 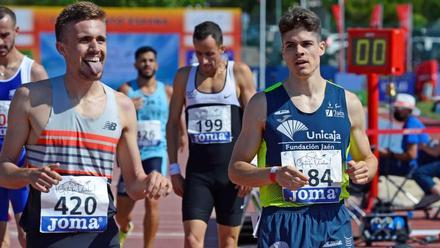 Javier Mirón (left) is going through a very sweet moment