During last October 2020, new car registrations in Germany reached 274,303 units, a figure that, compared to that obtained in the same period of the previous year, represents a growth of 3.6%. The Volkswagen Golf has been the best-selling car.

The German car market continues to grow. In the month of October 2020 the car sales in Germanyhave counted a total of 274,303 units traded, a record that, compared to that harvested in the same period last year, translates into a 3.6% growth. Although the rise in registrations has moderated, it is very important that an upward trend continues.

The sales recorded during these last two months have made it possible to soften, to a great extent, the decline shown by the accumulated data. And it is that, in the period between the months of January and October 2020 new car registrations in the German market reached 2,316,134 units, 23.4% less than in 2019. 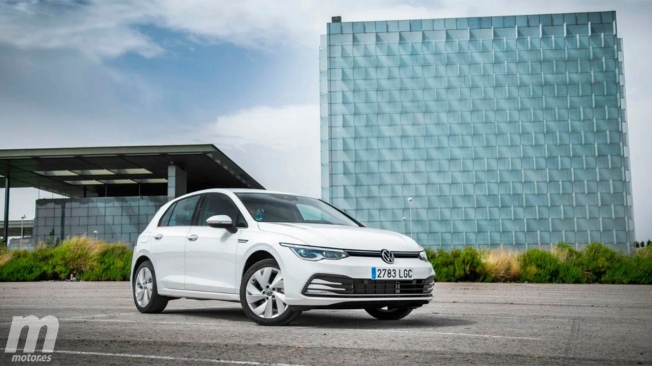 The Volkswagen Golf was, once again, the best-selling car in Germany

Volkswagen Golf, the best-selling car in Germany in October 2020

And what about the most popular models? The truth is that if we take a look at the ranking of the best-selling cars in Germany During the month of October we will get more than one surprise compared to previous editions of this list. The victory is for the Volkswagen Golf. In this aspect there are no changes, the Volkswagen compact is the undisputed king of the German market.

The second place is for the Opel Corsa and, closing the podium, in third position, the Volkswagen T-Roc appears. In the case of the T-Roc, in addition to having been able to enter the podium, it can boast of being the best-selling SUV in Germany during the tenth month of this year. This compact SUV has positioned itself as one of the first options for Germans when it comes to buying a car.

One of the big surprises has been the Renault ZOE (7th), a model that sneaks into the Top 10, and which, in addition, has been the best-selling electric car in German dealers. And by far. A result to underline since it has been able to surpass authentic bestsellers such as the BMW 3 Series (8th) or the Volkswagen Tiguan (9th). The new Volkswagen ID.3 has also had a great performance however it will need a few more weeks to be able to continue climbing positions and get into a position that is more visible.

Video test of the Volkswagen T-Roc, the best-selling SUV in Germany in October 2020

Regarding the most popular car brands, there are news on the podium. The first place is for Volkswagen and, by a considerable distance, Mercedes is settled in second place. Audi sneaks onto the podium taking third place and displacing BMW.

The best-selling cars on the German market are:

The registrations achieved by manufacturers on the German market are: