Last year it was released Captain Sabertooth and the Magic Diamond, an animated film -the most recent of the seven that have been released since it began in 1991 in the form of plays performed by a Norwegian team, as well as extensive merchandising, books, etc.- with a theme as timeless as search of a legendary pirate treasure, those that in stories were always buried at the foot of a palm tree on a desert island in the middle of the ocean, and that only the pirate captain’s parrot knew the exact location and had to be made to repeat it between squawks, all very much like Robert L. Stevenson’s Treasure Island. Following a custom from years ago that is still in force since Aladdin, although perhaps not so notoriously anymore, said film has received its adaptation in the form of a video game, or at least a title that is inspired by said story, although it does not strictly follow step the events of the same step by step, being the independent developer Ravn Studio together with the publisher Zordix Publishing who have joined forces to bring it to the hybrid console in the form of platformer adventure that combines advance two-dimensional and three-dimensional, Being the November 20 the date officially chosen for its premiere there.

Go on an epic treasure hunt in Captain Sabertooth and the Magic Diamond, a pirate adventure platformer for the whole family!
Play as Pinky or Sunniva, and join the crew of the legendary pirate Captain Sabertooth in their search for a mysterious magic diamond.
Enter a dangerous but beautiful world as you sail between islands and explore pirate ports, exotic beaches and ancient ruins.
Search for treasure, collect upgrades and new abilities, and fight the evil Maga Khan and his army! 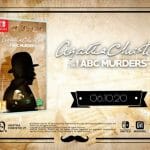