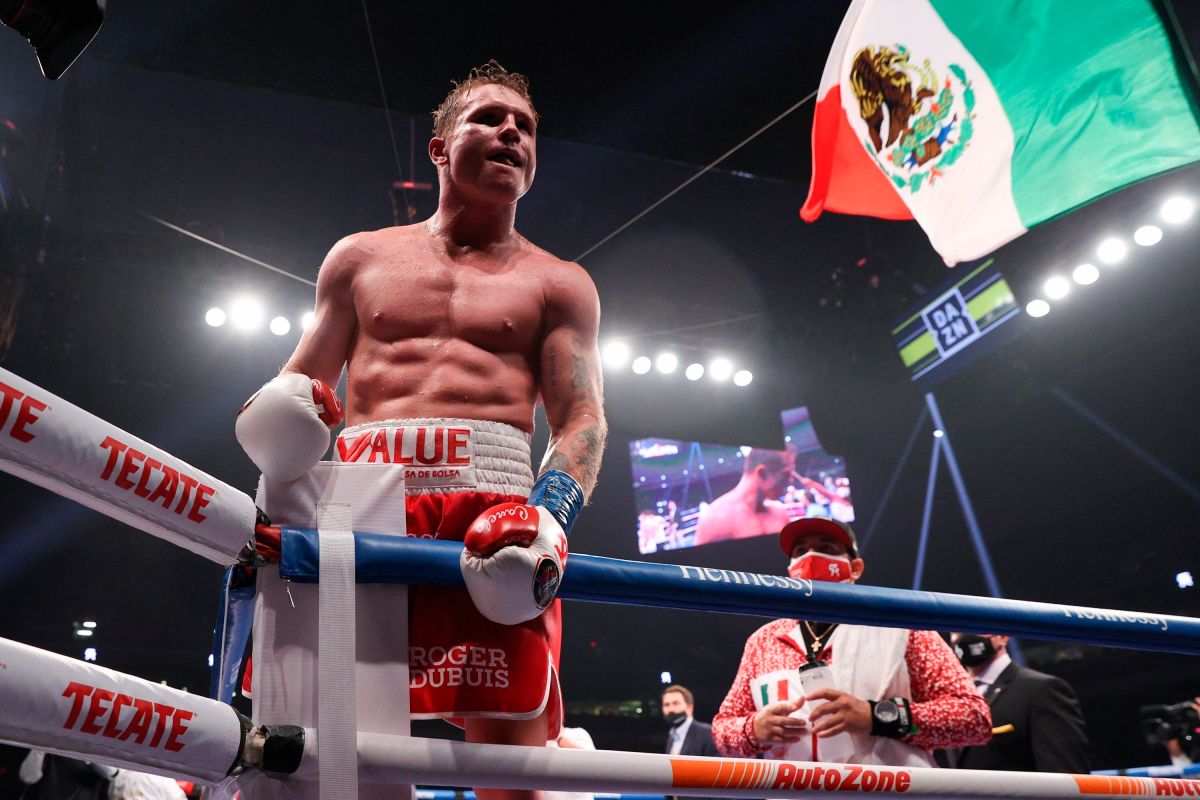 Munguía went from 154 pounds to 160 pounds and said he would like ‘Canelo’ as a rival.

Saúl ‘Canelo´ Álvarez acknowledged that his compatriot Jaime Munguía has great potential, however, regarding a possible confrontation, the Guadalajara said that “He still has a few fights to reach those levels.”

In an interview for TV Azteca the redhead said “I don’t like fighting with Mexicans, I don’t see any sense in it. To Jaime Munguía lI see potential but he still has a few fights to reach those levels ”.

However ‘Canelo’ said that he does not close to anything but for now he would not like to face Munguía.

“He is a talented boy, who is there, who is involved and who can do it,” said Canelo. “But I don’t see any point in facing another Mexican. There are times when it is unavoidable, but for the moment that is my idea.

Munguía went from 154 pounds to 160 in the January 2020 fight against Garry O’Sullivan, whom he knocked out in the 11th round, at the end of the fight he said that would like as rival ‘Canelo’, Golovkin or Charlo.

Eddy Reynoso himself has also pointed out that “Jaime lacks experience to face Saúl, He is a disciplined fighter who goes to the top, he has a very good coach ”.

It’s official: “Canelo” Álvarez confirmed who will be his next rival