Caifanes He is about to give one of the most anticipated concerts of the pandemic, where we can enjoy them completely live from the comfort of our seats in one of the now famous Mexican auto concerts.

However, the band goes through a bitter drink, as Sabo Romo, one of its founding members and, therefore, one of the most beloved by the public, questioned his stay in the rock band.

The bassist spoke with Javier Poza about the situation they now face as a band and Romo assured that these are administrative problems, as well as some other friction, but they are already working on a resolution.

“In this case, the only thing that is happening, this is just the continuation of the start; because in the end there are many things, especially at the administrative level with which we have not adequately reconciled, with which we have had some friction, over many years and we have tried to solve it in the best way, the most convenient for both parties, and for some reason, it does not arrive, ”he said on Radio Fórmula.

In this regard, he assured that the pandemic could also aggravate things between the members, since coexistence, negotiations or talks are not easy when a virus drives them away, prevents them from having contact and finally reaching a resolution. 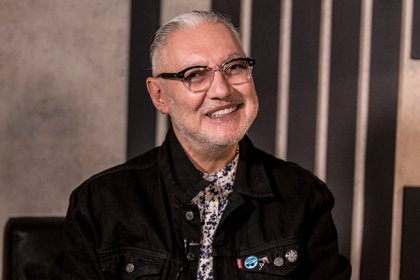 All of the above, he assured, put him in a situation that “I just don’t like”, according to his intervention in the radio program that can already be found on Youtube. And he ruled that if a contract comes to him that he does not like at all, he will not be obliged to sign it either with Caifanes or with any other project that requires his participation.

“But we are obliged to try to understand it and from there establish a negotiation; This part of the process is where we are now. Finally, a door opens where we can negotiate at a legal, commercial and legal level, ”he told the music journalist of entertainment.

In addition, he questioned the concerts in the capital, as he assured that within the context of a pandemic, the possibility of a reversal in the epidemiological traffic light and, therefore, the cancellation of the same remains open.

In this context, the famous bassist did not confess if, in case of being realized, we could see Sabo behind the bass, scratching all four strings as he has done for so many years alongside Saúl, Diego and Alfonso. 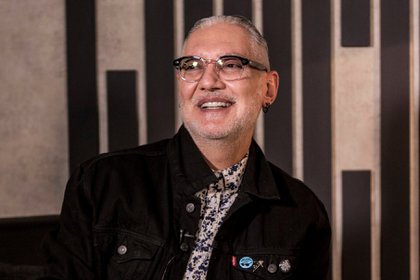 What he did make clear is that feelings for his bandmates haven’t changed over the years, but an industry like this is Caifanes, it is something that everyone subscribed to throughout history and should be fair to everyone.

“Finally, it seems to me that we have built a band that we have tried to convey empathy, solidarity and a situation that we do not agree with, and what happens is more natural, than many may think, because it is strictly to agree on a commercial and business situation ”, underlined the also leader of the show Rock in your Symphonic Language to Javier Poza.

The emblematic Caifanes band will return in a big way live, in the format of self-concert on December 10, 11 and 12 at Turn 4 of the Hermanos Rodríguez Autodrome, in Mexico City, the presale will be held this Thursday, November 19.

Rock is not far behind, there will also be online presentations