When Frederick Lorz, a New Yorker from Manhattan arrived at the St. Louis Olympic Stadium, he remembers hearing a thunderous applause that haunted him for the rest of his life in his head. His legs did not seem tired, he trotted steadily until he broke the bar that meant victory in the Olympic marathon.

Lorz raised his arms and celebrated the triumph with the same liturgy that a priest condemns the flock, looking with disdain at those who entered after him and still dared to show a fist to the semi-empty stands. President Theodore Roosevelt’s daughter, Alice, would be in charge of crowning the great champion. In addition, it was the first time that in some games medals were awarded to the first three places: gold, silver and bronze. 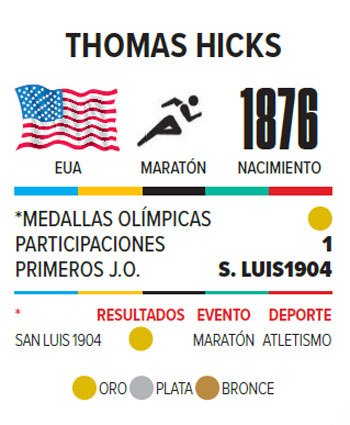 But a fan jumped from the stands, leaped to the podium and shouted to the wind, ‘there was a trap’.

It was true, Frederick Lorz will be remembered as the first liar in an Olympic Games. He was always a more or less decent marathon runner looking to make history and prepared himself with his coach by eating egg yolks and chard. The truth is that his 20 years did not give him energy and something went wrong because at 10 kilometers of the 42 he had to run, he felt faint.

He veered off the road and tried to rest, when on the other side of the moor he noticed a road. He waited a bit until a Ford C passed and asked the owners to take him to his house, because he had forgotten his registration and his competitor number, however, he was guiding them until they left him a few kilometers from the entrance of the Olympic Stadium. In 1860 the first internal combustion car had been invented thanks to Étienne Lenoir. By that time Henry Ford was already producing automobiles, but it was not until 1908 when he began to massively create the T and Quadricicle models. 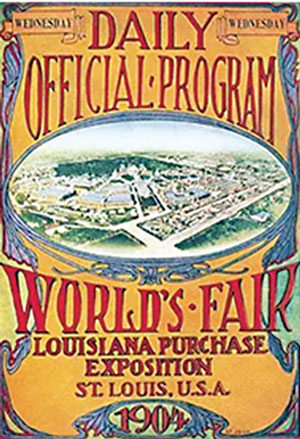 Like the Paris games in 1900, the San Luis games were held as part of the World’s Fair with only 42 athletes arriving from other latitudes

Well, in one of those Frederick Lorz climbed and then ran into the Olympic stadium and had the luxury of turning to see those who came behind. After him, Thomas Hicks arrived almost aged, he had suffered so much with the test that on the verge of fainting his trainer injected him with strychnine to stimulate him and gave him an egg shake and brandy to drink, which is why he was surprised to see Lorz so radiant. When the trap was discovered, the first place went to Hicks, the doctor said that if he had injected more strychnine they would have caused him to cardiac arrest.

However, Hicks himself should have been annulled in his medal, as he also received help, something that was forbidden, but as the subject of Lorz had captured the attention, no one paid attention to that detail. the real winner must have been Albert Coray, American but of French origin.

Lorz sank into darkness and was soon away from San Luis. The following year he was the winner of the Boston Marathon, this time, without cheating involved and believing that what he did before was a joke.