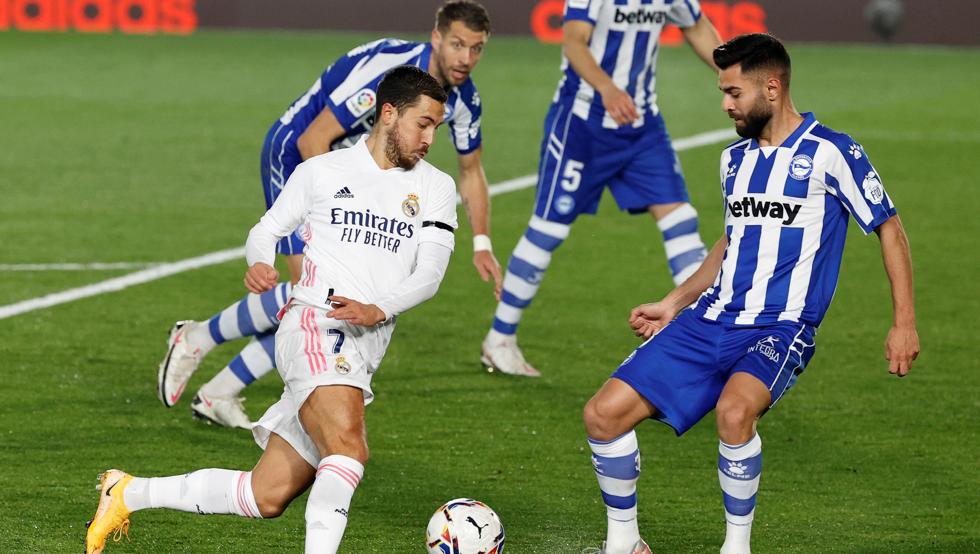 Emilio
Butragueño, director of institutional relations of the Real
Madrid, analyzed the defeat of the Whites against the Alaves (1-2), a result that he classified as “very negative” for them, and assured it is a circumstance that they did not have, especially after the good game against Inter
from
Milan.

“The game is really a shame. It started very badly for us, I think the last minutes of the first half were very good for us and we deserved much more. The second half begins, the 0-2 comes very soon and it did us a lot of damage. But in the last 15 ‘we had very clear chances and we lost three points that we did not have, but we know how the games are in the League, “he said in Movistar +.

“It’s football, this can happen. The circumstances have been adverse for us and we must continue. We came from having a very good game in Milan, we wanted to confirm what we did, but the result is very negative for us ”, he continued in the analysis.

A Butragueño who regretted the new injury of the Belgian Eden
Hazard, who left the pitch after feeling discomfort in his right thigh: “Hazard has discomfort and it is certainly not good news. For us he is a very important player. The fact that he is gone is nothing positive. “

He does not want to get into controversy

The director of institutional relations of the Madrid did not want to enter to analyze the controversial plays of the game, with special emphasis on a hair pulling of Victor Laguardia on Marcelo inside the area at the edge of the break.

“(Laughs). Marcelo’s grip seems to be a grip, but there is the VAR as in Hazard’s and there we can say little about it. Let’s not insist on it ”, he commented.

Further, Butragueño did not want to personalize the defeat in a poor performance of Marcelo: “We as a club have a concept: we all lose, we all win. Today we had to lose. Marcelo is a magnificent player, we cannot be happy, ”he said.