On a global scale, Burger King became famous for inviting audiences to order food from other brands and restaurants.

This, as part of its strategy to support the prepared food sector to survive the COVID-19 crisis

The main function of hashtags is to organize and catalog social media posts. Over the years, its use has grown on Twitter, Facebook, Instagram so that users can join certain trends in an easier and simpler way. For brands, on the contrary, it is an ideal instrument to more easily track the impact of campaigns. However, there are companies that have stopped paying due attention to these projects.

An example of a possible sloppy use of hashtags could be in Burger King Mexico. For a few hours, a poster of the fast food chain has begun to circulate in certain social media groups. It is part of its campaign to recover the local economy by encouraging the purchase of food in restaurants, inns and other businesses affected by the pandemic. The project’s motto, “Pide Y Apoya”, accompanies the image in the form of a hashtag. 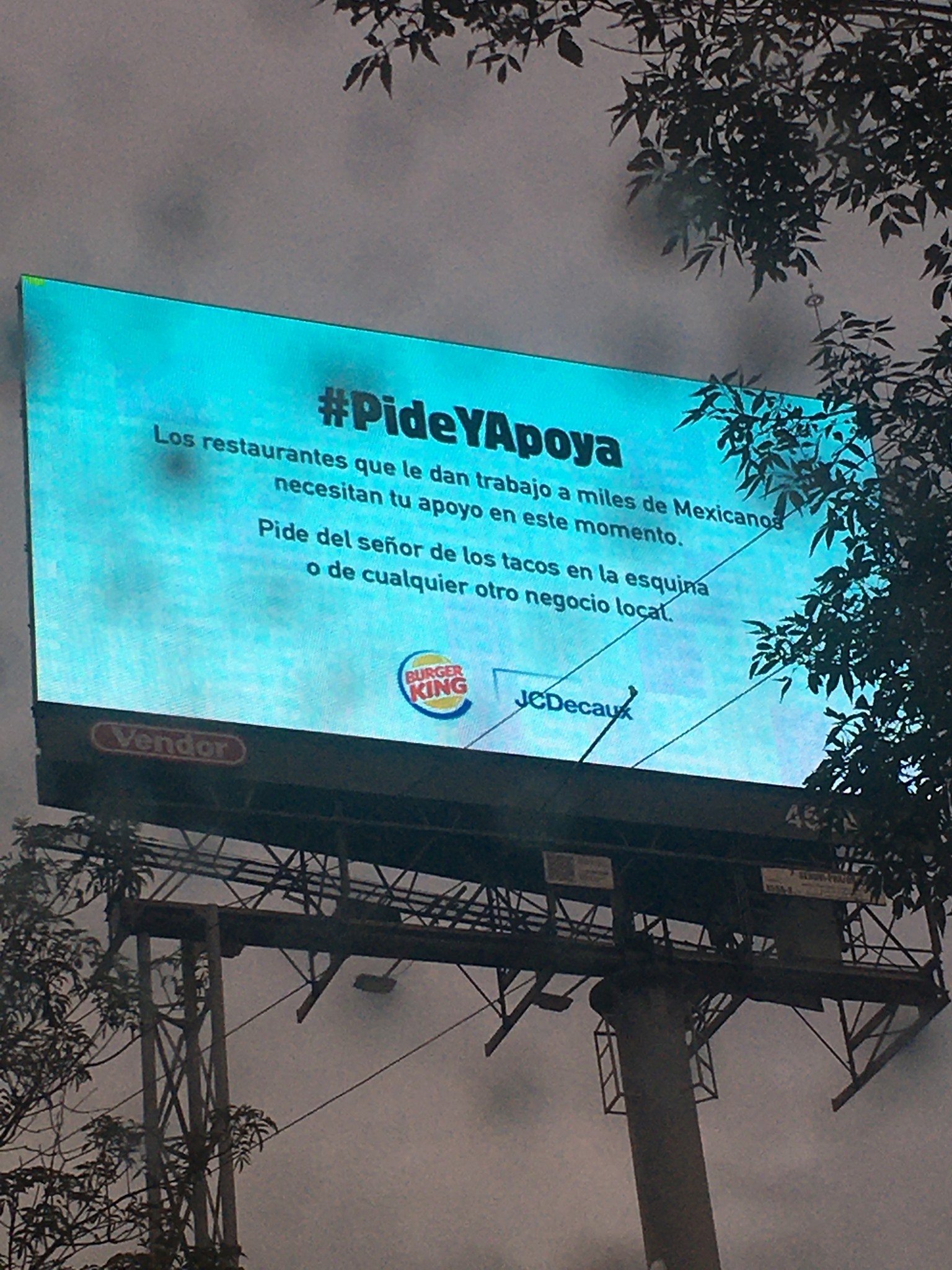 What is the problem? Some users have pointed out that these hashtags could have another interpretation due to the use of upper and lower case in the copy. In its #PideYApoya form, the first part of the text, PideYA, can be interpreted as a Call-To-Action. This would leave the rest of the hashtag, “poya”, as a product that Burger King is calling to buy. Although it would be misspelled, it does resemble a word used to describe the penis.

Be very careful with hashtags

Not surprisingly, the number of incidents with these social media resources has multiplied in recent years. It is only a reflection that hashtags, by themselves, are increasingly common in the market. On platforms like Instagram, in Statista data, more than 70 percent of the posts in the application have at least one of these elements. On other rival sites, although its use is not as intense, similar figures can be expected.

More than a hashtag problem, if you can even classify this little Burger King omission as a mistake and not just a random post on social media, it’s a matter of copy. And according to Neil Patel, ignoring this element of marketing can be a bad idea. It not only destroys consumer trust in the brand. It also prevents people from taking action, misrepresents the story, and loses public interest.

Of course, this does not mean that companies like Burger King cannot make mistakes when applying their hashtags. According to Social Media Today, there are actually several common mistakes that even big players in the market tend to make. For example, using only the most popular or generic ones, without properly researching them first. Or, not create your own hashtags or specific to the local audience to further improve interaction.

Other interesting errors of the brands in their copies

There are other companies that have made mistakes in the messages they send to consumers, and not just in hashtags. Edith Márquez, for example, quickly went viral in late 2018 after posters with one of her shows were posted with missing key information. Specifically, it had neither the date, nor the city or the place where it was going to be done. On the contrary, the designer would have left these spaces empty, using only the template.

Another interesting case that could be considered an error or not, similar to the Burger King hashtags, could be seen in Coppel at the beginning of last year. On its online page, the brand was selling black sneakers for men. However, the wording used to describe the shoes implied that they were made exclusively for people with black complexions. Something that quickly went viral on social networks, but did not happen to much else.