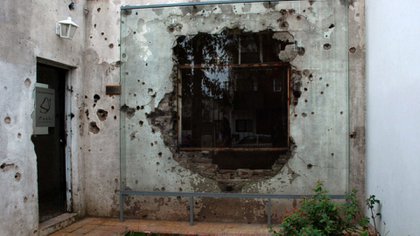 This is how the house on 30th Street was left

-To those in the house, come out with your hands up! They are surrounded by troops from the joint forces!

There are five minutes to one-thirty in the afternoon of November 24, 1976 when the order, amplified by a megaphone, resounds on Calle 30 between 55 and 56 in the city of La Plata. The cry is directed at the occupants of the house identified with the number 1135, where Diana Teruggi and four other Montoneros militants are having lunch. On one side of the table In a stroller is Clara Anahí, the three-month-old daughter of Diana and her husband, Daniel Mariani, that a while before has left the house to go to work in Buenos Aires.

Far from going out with their hands up, Diana, Juan Carlos Peiris, Daniel Mendiburu Eliçabe, Roberto Porfidio and Alberto Bossio take up the weapons at their disposal, ready to resist.

They cannot imagine the magnitude of the operation that is mounted outside. Four blocks from the neighborhood have been cut off and some two hundred troops from different units are deployed there: the 7th Infantry Regiment, the X Infantry Brigade, the 5th Police Station, the IV Regional, the Investigations Division, the Motorized Infantry Corps, the Buenos Aires Police Tactical Operations Command (COT), the Gendarmerie and even men from the Fire Department, armed with mortars, explosives, machine guns and phosphorous bombs, with the support of tanks and helicopters.

From the corner of 30 and 55, covered from the fire that is going to unleash, General Guillermo Suárez Mason, head of the I Corps of the Army; Colonel Ramón Camps, head of the Bonaerense, and his second, curator Miguel Osvaldo Etchecolatz, supervise the operation. They know from information obtained through torture that inside the house, in a hidden room, there is a printing press where “Evita Montonera” and other Montoneros dissemination materials are printed.

On November 20, 1976, Guillermo Marcos Garcia Cano, 33, walks down the street. In a while, he will have to go find his 11-year-old daughter Carolina at a friend’s house. It will not come. Men in plain clothes intercept him, beat him and put him in an unidentified car that sped off to an unknown destination.

Since the coup of March 24, La Plata had become one of the nerve centers of the illegal repression of the dictatorship, but in November the city was already a home preserve. In the first twenty days, more than two hundred people had been kidnapped. From the moment of their abduction, they began to be tortured in different Clandestine Detention Centers.

Some then “reappeared” after a few days as “killed in clashes” and most were buried in the La Plata Cemetery as NN. Others did not appear again. 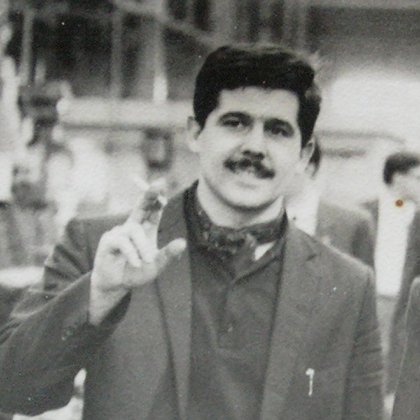 García Cano, “the engineer” of Montoneros

“Embute” for a printing company

García Cano was called by his fellow Montoneros “The Engineer”, for his skill in devising and building almost inhalable “sausages” or “berretines”, in which weapons and materials could be hidden, and even set up a printing press like the one that He had designed and built the house on 30th Street.

In a shed where, for a curious look, a family factory of canned rabbit operated, “The Engineer” had “advanced” the dividing wall, behind which there was a narrow premises where the clandestine printing press operated, which was accessed by a small vain located under a work table arranged against one of the party walls. There was a gate that slid on rails when it was activated by an electromechanical mechanism that was put into operation by joining two bare wires that seemed to be left there by mistake. Ventilation was achieved through an underground conduit that was connected to the chimney of a grill attached to the shed.

The one on Calle 30 was one of the three “inlets” built in houses in La Plata by “El Ingeniero.”

In addition to the printing press, there are weapons in the house on 30th Street. Not only those assigned for its defense but also others, which come from another operational house in La Plata that could have been identified by the military.

At 1:25 p.m. on November 24, With weapons in hand, Diana and her companions are deployed inside the house to prevent the entry of the troops. It is an unequal confrontation. From outside, machine gun bursts enter through windows and bullets embed themselves in walls, smash furniture, overturn paintings.

It will be like this for the next two and a half hours. 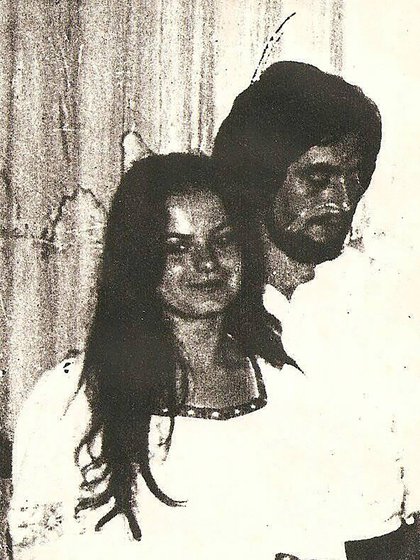 Marisa Gau and Adolfo Berardi, who died in the confrontation at the house on 63rd Street. She was pregnant and due to give birth.

Two days before, in the morning

On November 22, around six in the morning, an important deployment of troops awakens the residents of 63rd Street between 15 and 16. In the middle of the block there is a house like any other, where they live Adolfo Berardi and Marisa Gau, almost nine months pregnant, and the couple’s little son, Nicolás.

It is one of the three houses where “The Engineer” has built “embutes”. In this case, it is at the back of the patio, inside a room with a roof made of fiber cement sheets. It is an underground metal box measuring 1.20 x 1.20 m on each side and 1.00 m deep where files are stored: four archive sections and a compartment to hide laminating machines, labeling machines and rubber stamps that are used to forge identity documents and cards intended for militants who are in hiding.

The entrance to the ’embute’ is opened by a mechanism that is activated by injecting air through a hole in the wall of the laundry room attached to the room.

With the entire block closed and the troops in combat position, they are ordered to come out with their hands up. Adolfo wraps Nicolás with a mattress and passes him towards a neighbor’s house through the dividing wall. Neither he nor his wife think of surrendering. Half an hour later they are both dead.

“I have the hypothesis that, although at that time the Montoneros militants had the cyanide pill, they knew that it was not good, that it could fail, that it did not give them the guarantee of dying. On the other hand, they knew what would happen to them if they surrendered. So they decided to die fighting, ”says Ernesto Valverde, author of LOMJE. Free or Dead, Never Slaves, a book that reconstructs the history of the montoneras houses of La Plata and the militants who lived in them. At four in the afternoon on November 24, the montoneros from the house on 30th Street continue to resist. Bullets ricochet off the armored garage door while the rest of the building looks like a sieve and there are no healthy glass in the windows, but the occupants of the house continue to keep the troops at bay.

Colonel Ramón Camps orders a mortar to be fired at the front. The projectile opens a hole in the wall and continues its journey through the wall that goes from the dining room to the bedroom and ends up embedded in the bathroom wall.

After that, the head of the Buenos Aires Police send three conscript soldiers as advanced to enter the house. One falls dead and the other two are wounded. It is impossible to know if by the shots of the montoneros or by “friendly fire”.

The occupants of the house on 30th Street continue to resist, although now their p 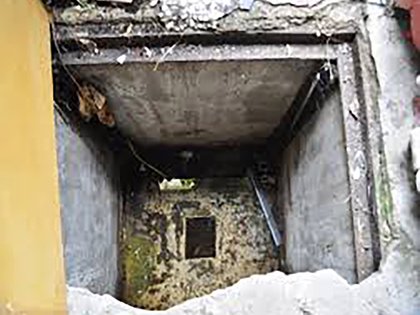 oder of fire is much less.

Two days before, at noon

A few hours after the fall of the house on 63rd Street, another military operation was deployed in the Gambier neighborhood, on the outskirts of La Plata. The objective now is a house located on 139th Street, between 47 and 49, where there is also a “inlay” designed by “El Ingeniero”.

“There was also an ’embute’ there, similar to the one in the house of 63, but it was used to store weapons “explains Valderde.

María Graciela Toncovich, her partner Miguel Tierno and their little daughter María del Cielo live in the house of 139. Elida D’Ippolito – “La Negra Amalia”, responsible for the South Regional of Montoneros – also takes refuge there with her daughter Laurita. A month earlier her husband, Roberto Pampillo, had been assassinated along with Miguel Orlando Galván Lahoz during a ten-hour attack on an apartment on 58th Street between 7 and 8, in the heart of La Plata.

When the troops arrive at 139’s house, Enrique Desimone, Roald Montes and Mirta Diturbide are also there, all of them members of the Montoneros regional leadership. He had come in the night before for a meeting.

Spilling bullets and explosives one hundred troops unleashed the attack around noon. According to the neighbors, “it was so savage that they started shooting the wrong houses, filling the fronts with shots.”

“I am convinced that the same people who carried out the operation on 63rd Street later moved to 139. They were very similar operations, where there was resistance. They did not want to know anything about surrendering, ”says Valverde.

The men from Camps and Etchecolatz were missing only one house and it took them 48 more hours to find it. 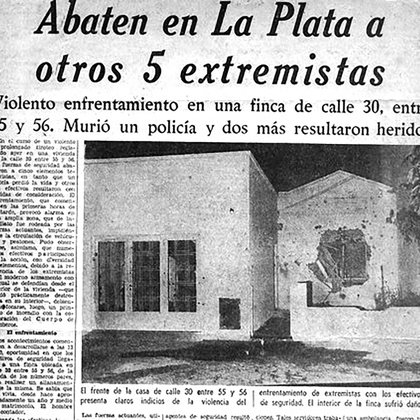 The news in the newspaper El Día

At five o’clock in the afternoon on November 24, there is almost no resistance from inside the house. With three of her companions dead, Diana Teruggi tries to escape through the courtyard with Clara Anahí, her three-month-old daughter, in her arms.

A cry is heard:

-Get it black, let it not escape us, hit it, cut it in the middle!

Diana falls. A while later, one of the participants in the operation leaves the house with a bundle wrapped in a blanket, gets into a car and drives away. It will be the last time someone sees Clara Anahí Mariani.

Minutes later another man is taken out, wounded, with his hands raised.

The attack on the last Montonera house is over. 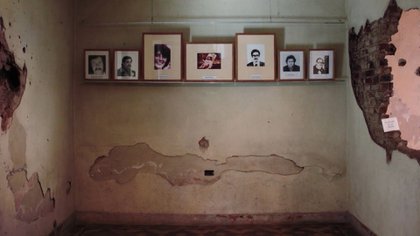 Latest news from the “Engineer”

One month after his abduction, Guillermo García Cano contacted his parents by phone, and for Christmas his kidnappers allowed him to participate in a lunch at his father’s house, where his three daughters waited for him with their grandparents.

He arrived surrounded by men in civilian clothes, who stayed to have lunch with them. His daughters saw him beaten, very skinny, with a broken tooth.

Later it could be reconstructed that He was kidnapped in the Clandestine Center for Detention and Torture known as “La Cacha” (“You are in La Cacha, for Cachavacha, the witch who disappears people”, was the phrase with which the repressors received the detainees who arrived there) and later in the Investigation Brigade of the Buenos Aires Police, where his family could see it again.

Every so often he sent letters to his daughters. In one of them, on April 30, 1977, he told them that he had been changed to another place of detention. In August he told his parents that they would allow him to leave the country, and in November he asked them to pack a suitcase with clothes for him and to raise $ 8,000 to start over when they let him go to Uruguay. His parents collected the required sum and handed it in along with the suitcase.

After that no one heard from him anymore. Guillermo García Cano is still missing.

This is how the Montoneros recounted the kidnapping and murder of Aramburu: “General, we are going to proceed.”