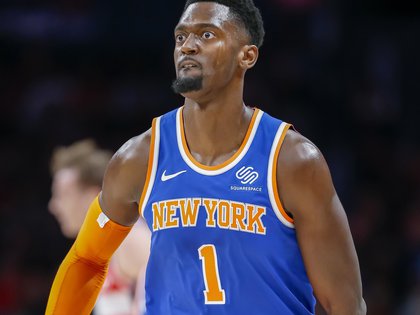 Milwaukee (USA), Nov 21 . .- The Milwaukee Bucks reached agreements this Saturday in the free agent market with power forward Bobby Portis, who was discharged by the New York Knicks, and base DJ Augustin.
Portis has agreed to a two-year, $ 7.5 million deal with the Bucks, said his agent Mark Bartelstein of Priority Sports.
While Augustin also reached an agreement for three years and 21 million dollars.
According to his agent, the Portis deal includes a second-year player option.
The forward became a free agent when the Knicks turned down the $ 15.75 million team option for the 2020-21 season.
Portis, signed with the Knicks as a free agent in June 2019 and averaged 10.1 points and 5.1 rebounds in 66 games in his only season in New York.
He has also played for the Chicago Bulls and the Washington Wizards in his five NBA seasons, averaging 10.2 points and 5.9 rebounds in his career.
For his part, Augustin played for the Orlando Magic for the last four seasons, averaging 10.5 points and 4.6 assists per game during the 2019-20 season.
Augustin is coming off a season in which both his field goal percentage (39.9) and his 3-point percentage (34.8) dropped significantly.