“If you want to see a show, today you are going to see it”, had announced Ben askren. However, he could not last two minutes above the boxing ring and the youtuber Jake paul he sent him to sleep with a brutal forehand cross. The former UFC tried to get up as best he could but could not even coordinate the movement of his legs, so the referee determined the end of the fight.

As only Americans know, a giant marketing campaign was built around this contest. It was held in Atlanta, with an audience, and with figures of the stature of Justin Bieber singing live in the preview. Complete to raise a fortune of money.

As for sports, it is simply necessary to highlight the tremendous knockout of Paul, who accumulated his third victory in three presentations as a professional boxer. For those who do not know Askren it is necessary to emphasize that in mixed martial arts he was a welterweight champion both in the Bellator promoters and in One Championship. He then moved on to the UFC, where he won on his debut and fell in his two remaining contests. The last, in 2019 against Demian Maia, keeping the match bonus of the night. The truth is that Ben had his roots in wrestling and naturally the change to boxing (as happened to McGregor) was going to cost him, in addition to that he arrived at the weigh-in showing a very deteriorated physique. 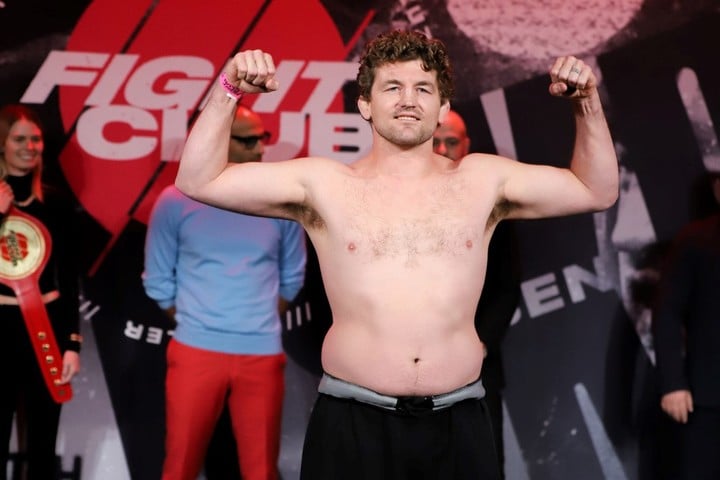 The weak physical form in which Askren arrived at the weigh-in.

During the fight, which lasted 1 minute and 49 seconds, Askren surprised Paul from the start after returning a right wing, which for an instant puzzled the youtuber. However, he recovered quickly and settled the lawsuit with just one potential hand. 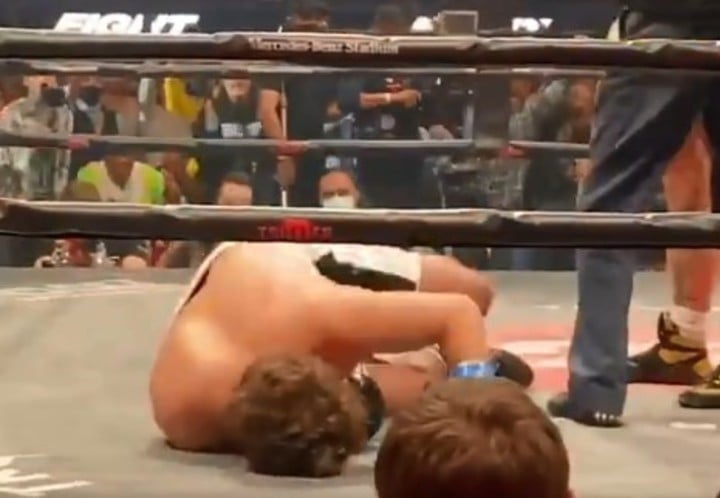 Askren fell to the canvas and was unable to recover.

Why was this fight held? The reason is purely monetary. Ben Askren took $ 500,000 from the purse, something like $ 10,000 for every second in the ring. That is money that he would never have collected in an MMA match in his life. Jake Paul also increased his coffers and remains firm in his goal of facing in a ring the king of billing: Conor McGregor.

THE KNOCKOUT FROM ANOTHER ANGLE