Britney Spears worries with recent posts on Instagram. Yep. Britney has a lot of fans worried about her fourth topless post on her favorite social network. 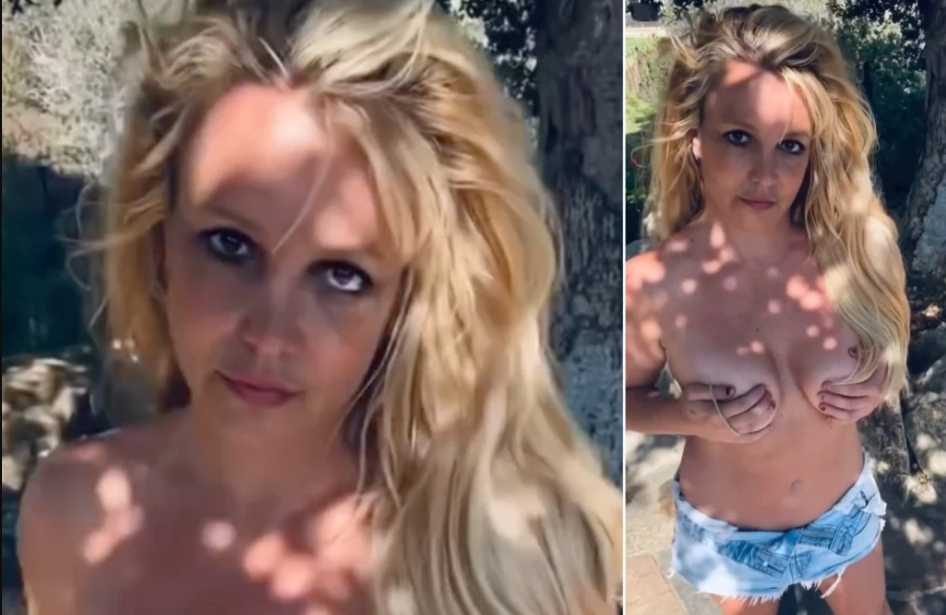 PageSix reports that the singer has gone topless for the fourth time on Instagram this week, and while some of the fans initially praised her for her sense of freedom, others expressed concern.

Britney shared this Friday a clip of her looking at the camera while covering her chest with her hands, something similar to her previous posts, where she does the same wearing only one jean shorts.

According to the report, while many fans have supported the singer’s previous publications, now they are very concerned about the repetitive posts showing her breasts, because they believe that the images will turn against her and do not help her in her fight to get rid of the conservatorship.

“Something suspicious is happening” – commented a fan of the 39-year-old singer in her new video.

“I live for the day that the conservatorship ends and Britney finally tells us the truth about what has been going on” – expressed another confused user.

When Britney began to publish these provocative images, The Sun published a report pointing out how there were fans who expressed that Britney should calm down a little and that those photos showing her breasts did not help her battle to get her dad out. of the conservatorship. 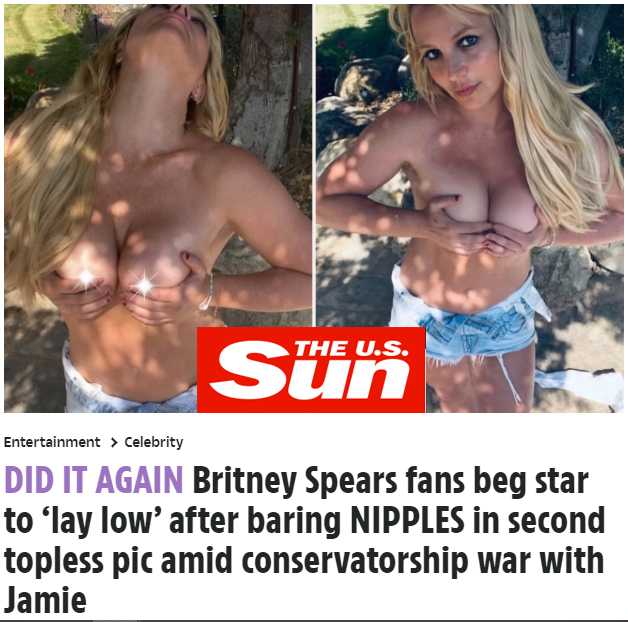 Fans weren’t very pleased and told Britney to tone it down, some of the comments below:

“Britney, we are trying to free you boo. Don’t get so much attention for a little while. “

“Okay – that’s not helping.” – answered another.

“What are you doing?” – Commented a third.

There are fans who were shocked by Brit’s publications, and it is that well, they are very different from what she was publishing before she spoke directly to the court … before she looked calmer and more focused, now she is unleashed. However, there are fans supporting everything Britney is doing. Some leave supportive comments and others humorous such as:

“You Win The Internet!”

“Brit I love you, but in the past week I’ve seen more of your ‘private parts’ than mine.”

So, Britney Spears worries with her recent posts on Instagram.

Honestly, I don’t think they help her at all but if she really feels free and happy doing it … fine! LEAVE BRITNEY ALONE! As she has expressed before, if you don’t like it, Bye! Don’t watch it, don’t follow it, do something more productive, read a book. This post he posted: “I can’t see haters when I’m wearing my love glasses.” LOL!