Britney Spears apologizes for pretending it was OK. The singer returned to her Instagram after her statement on Wednesday to the judge overseeing her case where she asked for the end of her conservatorship. Spears said in her post that she was sorry she pretended to be okay when it was a lie. 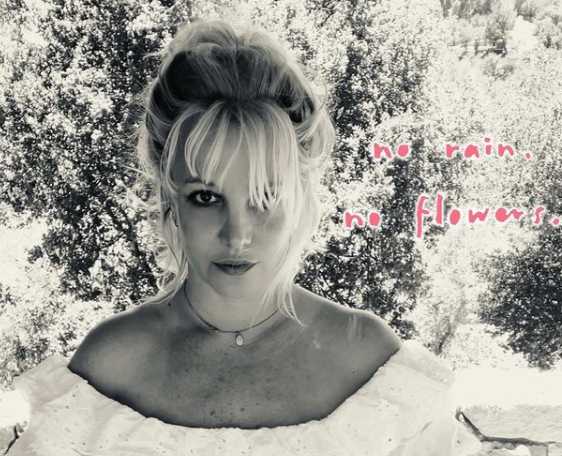 Britney published a post with an image of a sentence that says “If you want your children to be smart, read them fairy tales. If you want them to be smarter, read more fairy tales to them. ” Albert Einstein.

In the caption, the pop star wrote:

“I just want to tell you a little secret… I think that as people we all want a fairy tale life and from the way I have published… my life seems to be very wonderful… I think that is why we all fight !! !! That was one of my mother’s best traits … no matter how horrible a day was when I was younger … for the sake of me and my siblings, she always pretended that everything was fine. I’m bringing this to people’s attention because I don’t want them to think that my life is perfect because it DEFINITELY ISN’T AT ALL … and if you’ve read anything about me on the news this week … obviously you really now know that it is not!!!!

“I apologize for pretending that I have been fine the last two years … I did it for my pride and I was ashamed to share what happened to me … but honestly, who doesn’t want to capture their Instagram in a fun way? 🏼‍♀️! Believe it or not, pretending that I’m fine has helped me … so today I decided to post this quote because heck if you’re going through hell … I feel like Instagram has helped me have a cool outlet to share my presence … existence … and just feeling that I matter despite what was happening and well, it worked … so I decided to start reading more fairy tales 👑🧚‍♀️🦄 !!!!! “

Oh gosh! Honestly, I don’t think Britney needs to apologize, what happened is so terrible, unusual, so fictional (although yes, those things happen more often than it seems) but I like that it shows that she knows that her posts “saying that he was happy “somehow they helped maintain that idea that everything was fine, that they helped that image that” his dad was doing a good job “, which is terrible, because he WASN’T! It’s very sad that her own family has done all this to her, because if it were that they have her in therapy and they are helping her to remain stable, well and happy, cool, but no, Britney is not happy at all, they practically have her as a slave.

I even came to think that his Instagram was a strategy of the guardianship team to maintain that image of, Hey, see? ‘She needs help’, because in some posts she doesn’t look good or stable. That Hollywood world is so twisted, they can create a whole facade and fool everyone. Remember that news and reports can also be manipulated, that “according to sources” is just a strategy to cover that what is said could be false. ‘Ah, is it fake? Well, that was told by the source. ‘ Legal or PR teams send reports to the media to disguise / create situations and so on. How good that the judge gave Britney the opportunity to tell her story, to personally express what she feels. Let’s see what the other side comes out with.

By the way, after Britney’s statement, her mother Lynne’s lawyer came out, saying that she was “very worried” about her daughter. Meanwhile, Jamie Lynn Spears disabled her Instagram comments, because as you can imagine, she is being dragged in because she previously came out to say that her sister was fine, and she is the manager of Brit’s fortune. HA! More twisted, IMPOSSIBLE!

Anyways, after Brit posted this on her Instagram, her boyfriend, Sam Asghari posted on his own account that they were both going on a trip to an unknown destination. In a series of videos Britney and Sam are seen in a private jet, she plays with the filters and such. It looks cheerful.

So, Britney Spears apologizes for pretending to be OK on Instagram.