A British company has confirmed that it is working to bring the defunct Bizzarrini firm back to life. This brand was founded by former Ferrari and Lamborghini engineer Giotto Bizzarrini and was only active between 1964 and 1969.

A powerful group of British dealerships has created a project that aims to resurrect Bizzarrini, the former Italian sports car manufacturer that disappeared in 1969. At the moment they have not given details or dates of their plan, but they have hired true industry heavyweights to carry out.

The three best known executives of this project are Ulrich bez, CEO of Aston Martin between 2000 and 2013, Christopher Sheppard, formerly the head of Aston Martin in the Middle East and North Africa, and Janette Green, an executive who also comes from the British company and who is now the new head of marketing for this project. 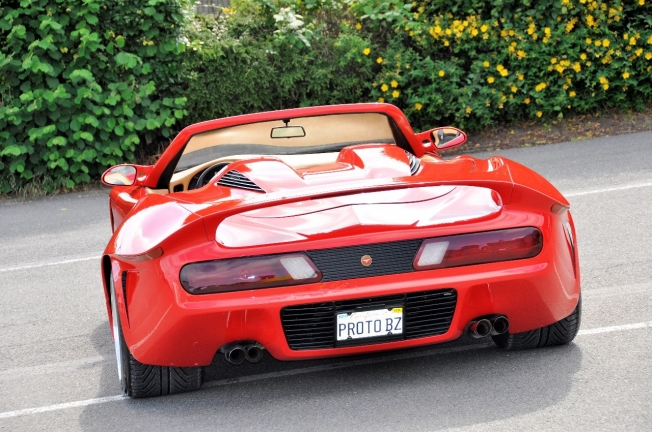 Bizzarrini BX 2001, one of the last attempts to resurrect Bizzarrini.

At the moment not a single detail, date or clue of what the new company plans has been revealed, but we can assume that it intends launch a sports car or luxury model under the emblems of the defunct Giotto Bizzarrini signature. So it is possible that the supposed model has a certain retro aesthetic or inspiration from a classic model of the company.

In the same way, it is believed that the project will have headquarters in cities such as London, Geneva, Kuwait, Abu Dhabi and Dubai, since It is a very exclusive product at the level of the most expensive supercars and Gran Tourisms From the market.

Giotto Bizzarrini was an accomplished engineer whose career was forged among the most prominent brands of the moment, such as Alfa Romeo, Iso Rivolta, Ferrari or Lamborghini, where he was responsible for the historic V12 engine that the brand used for decades. As a manufacturer it did not have a very long career but it was quite remarkable, with models like the Bizzarrini GT 5300 Strada or the P538S, in addition to participating in projects such as the AMC AMX / 3 and achieving a category victory at Le Mans. The few models made by Bizzarrini between 1964 and 1969 are classics tremendously valued by collectors today.

Unique piece: the only prototype of the Bizzarrini BZ 2001 appears for saleRead news