What impact does infection with coronavirus on Breastfeeding? Two studies in preprint format (prior to formal peer review and publication in a scientific journal) have found no remains of the virus in any of the milk samples analyzed and the majority presented antibodies specific to SARS-CoV-2, both in naturally infected women as in vaccinated.

In the latter case, the antibody levels varied according to the vaccine received. They are the first studies of this type in Spain, and the first in the world to compare the effects of three vaccines in breast milk.

Both works are the result of MilkCorona study, a multidisciplinary initiative led by Maria Carmen Collado, researcher at the Institute of Agrochemistry and Food Technology (IATA-CSIC) and Cecilia Martínez Costa, from the Pediatric Service of the Hospital Clínico Universitario de Valencia.

They are intended to find out if the immune response depends on vaccination, if the levels of antibodies against SARS-CoV-2 are comparable to those of women who suffered the covid-19as well as its impact on immunization.

In the first study, the method to detect SARS-CoV-2 in breast milk was developed and validated. Thanks to this, its presence, concentration and persistence of virus-specific antibodies were determined.

The main conclusion is that virus RNA was not detected In none of the analyzed breast milk samples and, in addition, most of the samples presented specific antibodies against the virus with great variability between women.

The research determined the presence of antibodies (immunoglobulins) IgA, IgG and IgM against structural proteins of SARS-CoV-2, such as the receptor binding domain (RBD), an essential part of the virus that allows it to infect cells, as well as against to non-structural proteins, such as the major protease (MPro). IgA antibodies were found at higher levels than IgG and IgM in breast milk samples.

“These results clearly support the importance of recommending systematic breastfeeding in all cases in which the mother has little or no symptoms,” explains Martínez Costa.

In the second study, the presence of antibodies against SARS-Cov-2 was analyzed in 75 lactating women vaccinated with different types: 30 with complete vaccination of Pfizer, 21 with complete guideline of Modern and 24 with the first dose of AstraZeneca.

The work showed the presence of specific antibodies (IgA and IgG) in the samples. In addition, antibody levels varied according to the vaccine received, as well as depending on the existence of a previous infection.

In all vaccinated women there was an increase in antibodies against SARS-CoV-2, much more intense after the second dose.

In all cases there was a response to vaccination with an increase in antibodies against SARS-CoV-2, much more intense after the second dose. Differences between naturally infected and vaccinated mothers were observed in the greater presence of one type or another of antibody.

In addition, some of the women who were vaccinated had passed the COVID-19, and, after the first dose of vaccine, their milk had levels of antibodies equivalent to healthy women with the two doses. This is consistent with information suggesting that individuals who have had the disease achieve blood-measured immunity with a single dose.

“Breastfeeding is a priority, and we still need more studies aimed at confirming the potential protective role of these antibodies present in breast milk against covid-19 in children,” says Collado. 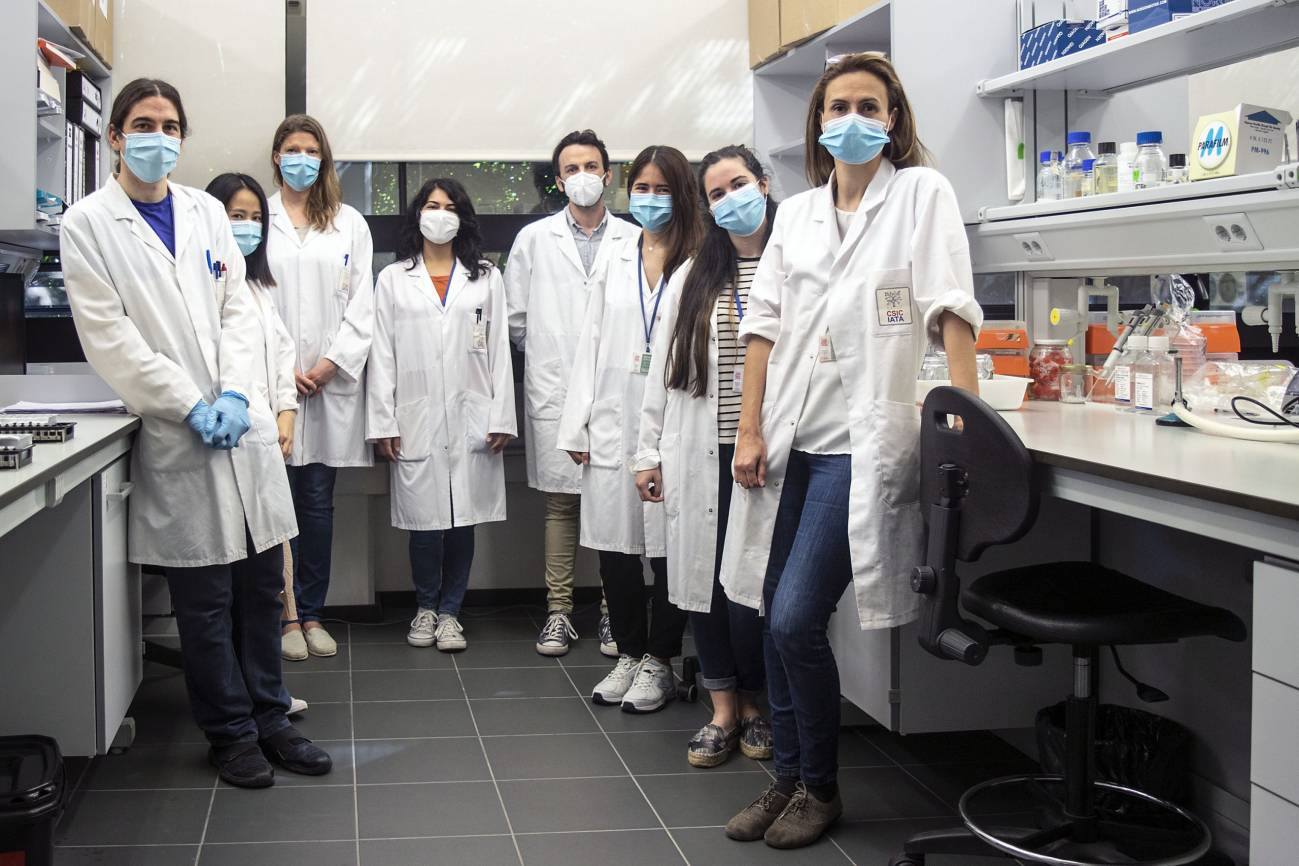 IATA-CSIC research group, led by María Carmen Collado (on the right in the image). / CSIC

An initiative that continues

The MilkCorona group continues to work to examine the impact of new coronavirus variants on antibodies in breast milk, their persistence after COVID-19 and vaccination, and the effect of the full AstraZeneca vaccination schedule.

In addition, they are investigating the effects of SARS-CoV-2 infection on the composition of breast milk, as well as its effect on the microbiota, the immune system and infant development. The initiative has just received funding in the COVID-19 call of the Fundació La Marató de TV3.

“We hope to provide new data on the beneficial role of breastfeeding in the midst of this pandemic,” indicate the authors. Both studies are currently in the process of being published by different scientific journals.