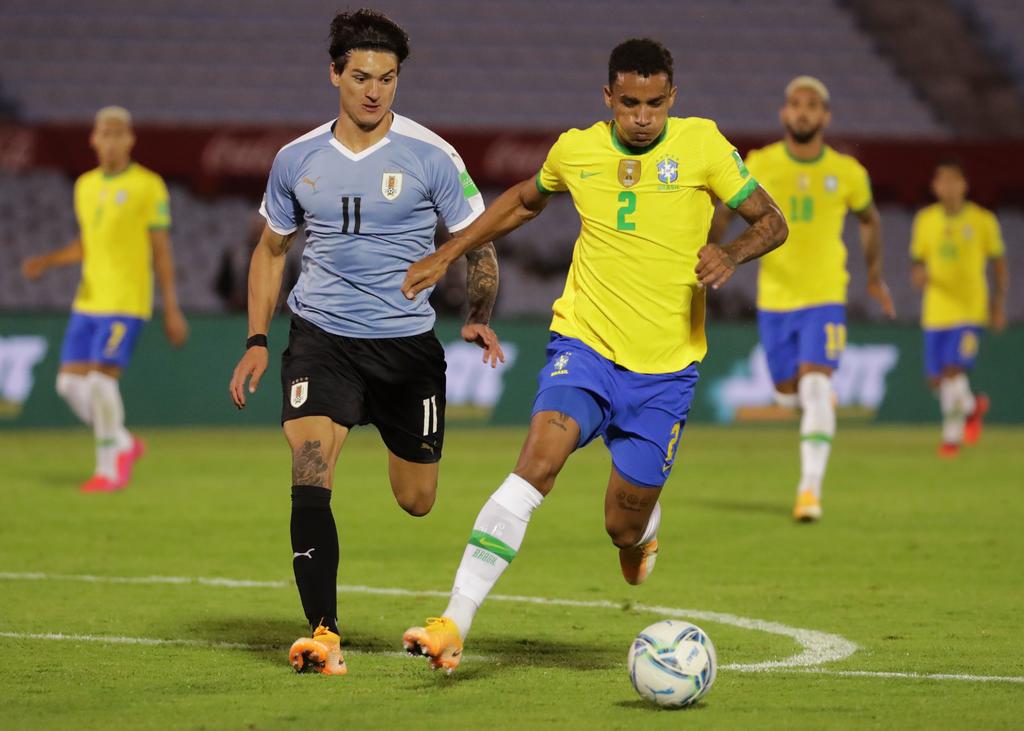 With goals from Arthur and Richarlison in the first half, Verdeamarela anesthetized Uruguay 2-0 on Tuesday as a visitor to establish itself as the leader of the World Cup qualifying rounds with the ideal of 12 points after four rounds.

Tite’s team extended their match streak to 21 without losing in the playoffs.

Uruguay, which finished with 10 men due to the expulsion of Edinson Cavani with a direct red card 20 minutes from time, stalled in the middle of the table with six points.

La Celeste went from more to less in his fiefdom of the Centenario stadium. The South American classic was presented crookedly from the anteroom to Óscar Tabárez when he had to do without his historical scorer Luis Suárez, who tested positive for the coronavirus.

Brazil, on the other hand, was more solvent to take the three points, imposing its superiority with the benefits of Arthur in the midfield and the solidity of its central Marquinhos and Thiago Silva to tie the local.

In the opening bars, Uruguay touched the opening of the scoreboard with a shot that Darwin Núñez crashed into the crossbar behind a wall with Nicolás De La Cruz.

When Brazil had receded on the court and appealed more to the counterattack, Arthur scored a goal at 33 that turned out to be a blow. The play was conceived after a projection of Danilo on the right to put a cross that Gabriel Jesus accommodated towards Arthur, whose shot from mid-distance bounced off the Uruguayan center-back José María Giménez to unseat goalkeeper Martín Campaña.

Brazil missed the second just a minute later, when Campaña faced a heads-up to repel Roberto Firmino’s shot from the left.

This was the first big test of the five-time world champions in the South American race to Qatar 2022. Their first three victories had been against Bolivia, Peru and Venezuela, the teams that are sunk at the bottom of the table.

Once they had the advantage, the Brazilians played calmly and delivered the coup de grace at the edge of the break. After a corner kick, Renan Lodi put the center and Richarlison surpassed Diego Godín in the jump to head at pleasure and sign the 2-0 that was definitive.

Uruguay offered more will than ideas when trying to twist the process. The income of Mauro Arambarri and Brian Rodríguez had no effect whatsoever to generate danger.

The expulsion of Cavani for a strong stomp from behind to Richarlison, endorsed after the arbitration consultation, ended up conditioning Uruguay for the last stretch.

Uruguay screamed a goal in the 78th minute, but Martín Cáceres’s score was canceled due to being in an advanced position.

In any case, it was a double date that was not entirely negative for La Celeste, given that on Friday they beat Colombia 3-0 in Barranquilla.

Playoffs will go on hiatus and resume at the end of March. Uruguay first has to play the Rio de la Plata classic against Argentina in Buenos Aires. He will have to face that duel without Cavani or midfielder Nahitan Nández, the latter due to the accumulation of cards. The next match of the double date will be at home against Bolivia.

Brazil, meanwhile, will visit Colombia first and then host Argentina.