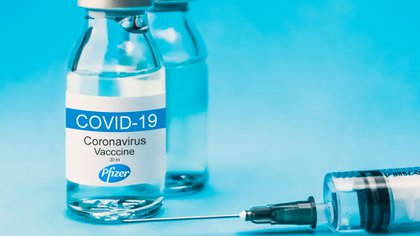 The National Health Surveillance Agency (Anvisa) of Brazil granted this Tuesday the definitive registration for the vaccine Cominarty, developed by the American pharmaceutical company Pfizer and the BioNtech laboratory, the first in that instance granted by the South American country.

“After a period of analysis of 17 days, the General Management of Medicines, of the Second Directive (of the regulatory body), granted the first registration of a vaccine against COVID-19, for its wide use, in the Americas”Anvisa said in a statement.

Nevertheless, the immunizer is not available in the country and negotiations for its acquisition have been blocked due to a refusal by the Brazilian government, as Argentina and Venezuela have done, to accept an alleged clause to exempt the manufacturer from liability for possible collateral effects.

Cominarty was 90% effective in preliminary analyzes of the third phase of its studies.

The German-American vaccine “had its safety, quality and efficacy, checked and attested by the Anvisa technical team that continues in its work to protect the health of Brazilians. We hope that other vaccines will be evaluated and approved shortly, ”said the director of Anvisa, Antonio Barra Torres.

The vaccines Coronavac, from the Chinese pharmaceutical company Sinovac, and Covishield, from the Anglo-Swedish laboratory AstraZeneca and the British University of Oxford, have an emergency registry Y they are the only ones being applied in the country, which also analyzes the Russian Sputnik V and the Indian Covaxin, from Bharat Biotech.

AstraZeneca and Oxford have already requested the definitive registration of their vaccine with the Brazilian health authorities, while Sinovac must do so in the coming days. 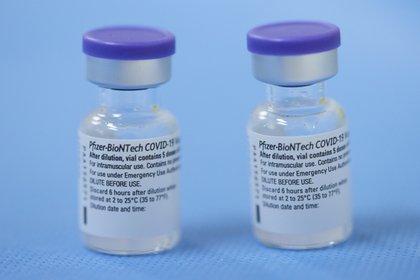 In August last year, the Government ruled out the purchase of the immunizer from Pfizer and bet on that of AstraZeneca and Oxford, of which it bought 110 million doses in advance to be packaged and then manufactured locally in the state laboratory Fiocruz.

Nevertheless, the state of São Paulo went ahead and acquired 46 million doses of Coronavac to be then packaged and manufactured by the Butantan Institute, which made the federal government buy the doses of the Chinese vaccine to make up for the lack of the Anglo-Swedish one.

This Tuesday, the Government received at the Guarulhos airport -which operates for São Paulo- a second batch of two million doses of the Astrazeneca and Oxford vaccine to continue the immunization campaign together with those of Coronavac, which reach 17 million of jars delivered.

The Government also signed a contract last week for the purchase of an additional 54 million Coroavac production, for a total of millions of doses of the Chinese immunizer.

In just two months, Israel has already vaccinated more than 70 percent of its population over 16 years of age New York will reopen its cinemas on March 5 for the first time since the start of the coronavirus pandemic