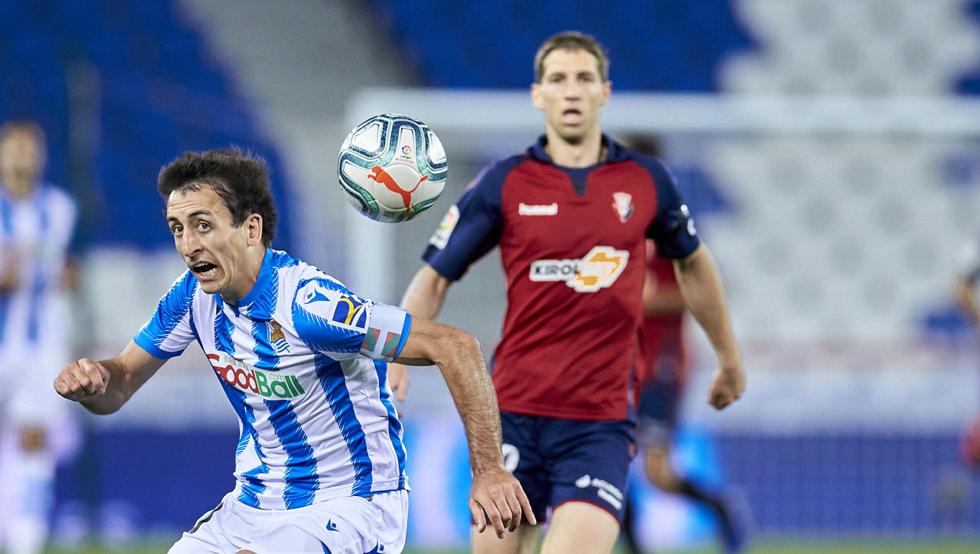 Osasuna will host Sevilla on Monday presumably with Darko Brasanac on the bench in what will be the return of the Serbian to a call eight days after his injury.

Midfielder he fractured his fibula in December and this Wednesday he completed his first session with the group. Today, he has been together with the rest of his teammates throughout the training in a day with greater intensity than the one proposed on Wednesday by Arrasate.

The rojilla first team has been trained through rounds, attack-defense actions and a small-field soccer game in which Argentine Chimy Ávila has not participated.

The Rosario has retired to continue his solo recovery after yesterday the news of Osasuna when he carried out the entire session for the first time.

Arrasate has not been able to count on Madrid’s Juan Cruz, who suffered a trauma to the left scapula yesterday during a launch of the game with Ávila. The player underwent a CT scan that ruled out a bone injury.

For its part, Jony, Roncaglia and Rubén Martínez are still missing at the disposal of the Mister de Berriatua. The goalkeeper of the subsidiary Iñaki Alvarez He has retired injured accompanied by the club’s medical services.

Budimir, Calleri, Gallego and Chimy Ávila They have been rehearsing shots with centers from the bands once the work on the facilities has finished. The direct game could be one of the weapons of the Navarrese team to face the physical power of the Andalusian club.