Bradley Cooper supports Irina Shayk by dating Kanye West. Of course !! They say that the actor only has good wishes for his baby mama. 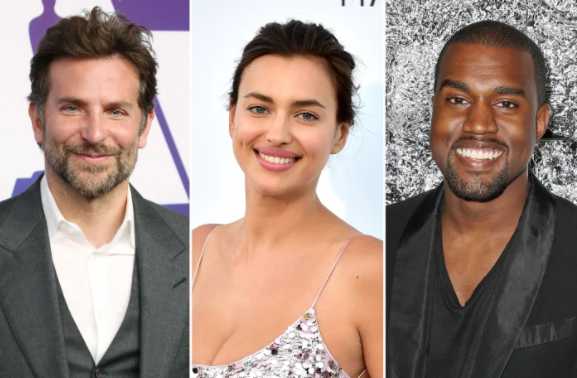 “Bradley would fully support whoever Irina chooses to go out with – he just wants her to be happy,” a source told the new Us Weekly, after news broke of Kanye and Irina dating.

Bradley Cooper, 46, and Shayk, 35, started dating in 2015 and have a daughter together, 3-year-old Lea De Seine. The couple separated in June 2019 but have been sharing their lives with their daughter and working on their friendship. Because they are friends too.

“Bradley and Irina are not only on good terms as parents, they are also close friends and share personal things,” added the insider.

This Wednesday, June 9, the news emerged that Kanye West is dating Irina Shayk, the rebound in action. Daily Mail published photos of the smiling couple spending time together in France for the rapper’s birthday, four months after Kim filed for divorce. Meanwhile Kim and the whole family, posting congratulations with dedications to Kanye, on social networks. HA

“Irina and Kanye have been spending time together and getting to know each other,” a second source told Us. “He always thought she was beautiful and they are both watching where things are going.”

But there is more, they say that Kim supports Kanye’s romance with Irina, she does not care because she saw with what discretion and respect Irina handled her breakup with Bradley. Sure!

TMZ says that Kanye and Irina have been dating for months, from the funeral of DMX. Sources said that Ye and the supermodel have been together for months, specifically since March (Kim filed for divorce in February). They came out in New York City at the end of April, when Kanye was in town for the celebration of the life of DMX. At that time Irina was seen wearing a DMX funeral t-shirt before it went public. That shirt was designed by Balenciaga and commissioned by the Yeezy brand. 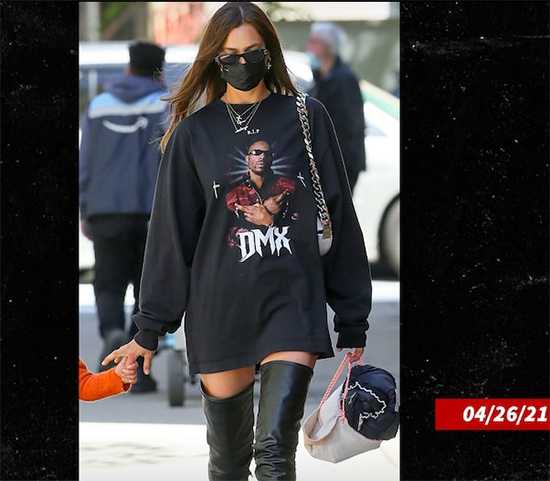 Ah, Kanye and Irina returned to the USA together from France on a private jet. I love how she looks directly into the cameras. 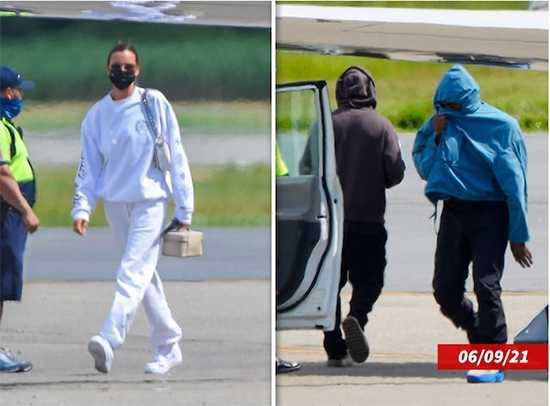