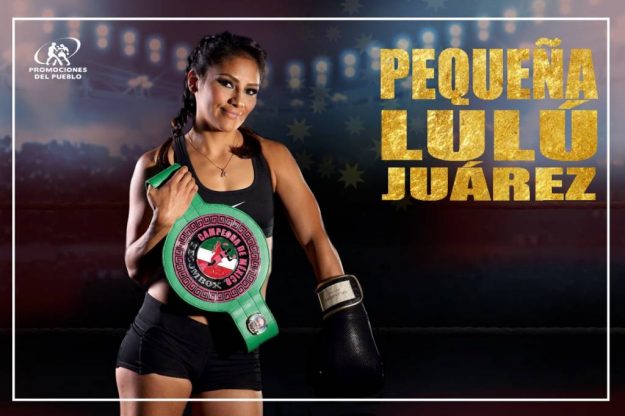 MEXICO – The world ranked number one of the World Boxing Council, Lourdes ‘La Pequena Lulú’ Juárez is committed to taking home the world super flyweight title, which she will dispute next December 12 against world champion Guadalupe Martínez in the Televisa studios.

Juárez Trejo will finally contest the absolute crown, against the 115-pound champion, in a duel that seems explosive between two fighters who arrive at a great moment and who boast diametrically opposed styles.

Lulu, has 6 years without knowing defeat; time in which he has earned the respect of the demanding Mexican fan; and it has established itself as one of the favorites to wear the crown of the world.

“I have waited a long time for this moment, I am very motivated because that night not only will my dream be at stake, but the pride of the family because we are very sad because my sister Mariana lost, but I will bring joy to the house; There are many people who have believed in me and I am not going to fail them, much less now ”.

“My sister is my greatest inspiration, I know that she is going to regain the championship and that we will be champions simultaneously,” declared the boxer with a professional record of 30 wins, 4 of them by knockout.

The spectacular billboard that will reach millions of homes throughout Mexico and the United States, through the signal of TUDN and Channel 5; is a mega production of Promociones del Pueblo in association with Cancún Boxing by Pepe Gómez, Boxing Time by Memo Rocha and Fundación No Tires La Toalla.