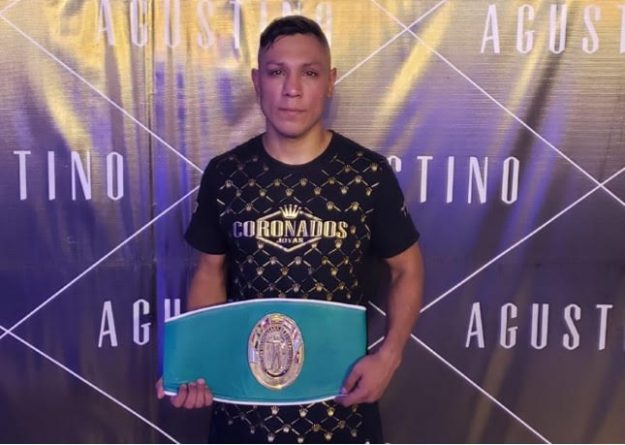 Jujuy super lightweight Juan José Velasco gave the note in the evening held this Saturday, February 20 in Uncasville, Connecticut, United States, by beating local favorite Zachary Ochoa by points in ten rounds (split failure), in one of the complementary bouts of the festival that took place at the Mohegan Sun Hotel and Casino, which led the fight between Adrien Broner, who beat Jovanie Santiago on points.

At the age of 33, the current South American champion of 63,500 kg, who raised his record to 23-2-0 (14 KO), had decided in the first week of January together with his promoters Sampson Lewkowicz and Carlos Tello, to travel to California (United States) to train in the camp that Sampson owns in Coachella, under the orders of Freddy Fundora, and wait there for a fight preparing at the highest level.

And the excellent result of this Saturday showed that the promoters and the “Pitbull” have not been wrong and that the companies Sampson Boxing and Tello Box, the companies with the greatest openness and possibilities in the United States, are once again writing another successful episode.

Zachary Ochoa, a 28-year-old good fighter (now 21-2-0, 7 KO), born in Brooklyn (New York) but of Puerto Rican nationality, gave a great battle as expected, but was outmatched by the effectiveness and the good preparation of the boxer who represents the legendary Almagro Boxing Club with these cards: 96-94 for Velasco (Tom Schrek), 97-93 for Velasco (Glenn Feldman) and 96-94 for Ochoa (according to Mrs. Waleska Roldán).

It was the fourth time that Velasco fought on American soil, having won once (in 2017 TKO 9 to Mexican Juan Méndez, in New Mexico) and lost two (for the WBC super lightweight world title against Regis Prograis, in New Orleans, in 2018, and before the current WBA champion Mario Barrios, in Farifax, Virginia, in 2019).

“We are very happy with the process that led to this great triumph for the Pitbull,” said promoter Carlos Tello, adding: “With Sampson we are not wrong in betting that Velasco can achieve good things in the United States. The sacrifice he made was enormous. He’s been ready before Christmas since let’s not forget that he fought Marcelo Vargas on December 26. He deprived himself of eating as you eat at the Holidays and on January 3 he traveled to Coachella, California, to train with Freddy Fundora. “

“The result against Ochoa is the corollary of this effort. But there is still more. Now Juan José will return to Argentina this Monday. He will rest, then he will train lightly here and in a couple of months he will return to California for a concentration of between 60 and 90 days since an interesting opportunity will surely come out, “Tello concluded.