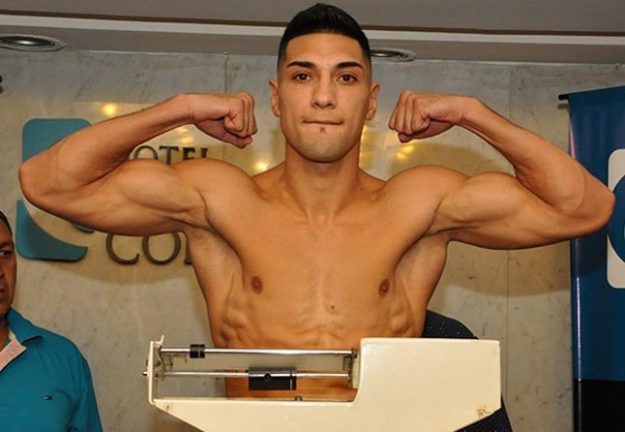 Alejandro Silva, the Argentine super welterweight champion, will defend his title on Saturday and begin his journey in the “Copa Miguel Castellini” tournament.

Sampson Boxing and Tello Box are pleased to present this Saturday, February 27, at the “Roberto De Vicenzo” Activity Center, in Berazategui, province of Buenos Aires, the start of the super welterweight tournament “Miguel Ángel Castellini Cup”, that, on this first day, will feature three fights and, as always, the television of TyC Sports.

The very Argentine champion of the 69,800 kg, the missionary Alejandro “Cuervo” Silva (13-0-1, 10 KO), will be part of the contest and on this initial date will also expose his national title against the strong Santa Fe Gabriel Omar Díaz (10 -1-0, 3 KO).

Another member of the super welterweight tournament is Maico Sommariva from Cordoba, who has an injured hand and could enter the next date.

The format aims to promote competition among several of the best in the category and, given that it has the endorsement of the WBC, enter or climb positions in the world ranking of the entity chaired by the Mexican Mauricio Sulaimán.

And by the way, Sampson Boxing and Tello Box have experienced great success in the past with the super bantamweight and middleweight competitions, where despite everything, the proposed objectives were met.

The companies promoting the 69,800 kg tournament wish to clarify that they have invited all the boxers ranked in super welterweight and medium.

Nahuel Galesi is not in the national ranks, but he will participate because he accepted the invitation and has enough scrolls to compete.

In middleweight Argentine champion Francisco Torres was excluded because he is based in Miami and the South American titleholder and number 1 in the ranking Lucas Bastida (the manager reported that he has other plans) was invited, to 2 Juan Taborda (he does not give the weight), at 3 Jonathan Sánchez (accepted and will participate), at 4 Nicolás Lúques Palacios (accepted and will participate), at 5 Gonzalo Coria (not allowed by the manager), at 6 Jairo Rayman, at 7 Javier Maciel, at 8 Nahuel García, at 9 Marcelo Cáceres and 10 Germán Peralta (all claimed not to give the category).

In relation to Saturday’s evening, in addition to the three central fights, another four professional fights will take place.

We will continue to inform.