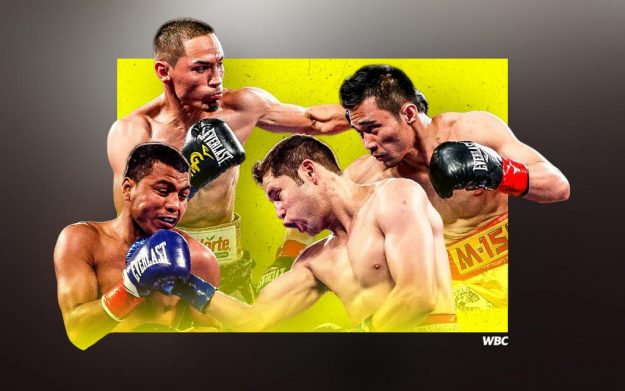 Since 2014, the WBC super flyweight title has been one of the most contested belts in world boxing. WBC President Mauricio Sulaiman spoke to Boxing Social about the amazing quartet of fighters who have made the 115-pound division one of the most attractive in boxing.

The fiery rivalry between Román González, Srisaket Sor Rungvisai, Juan Francisco Estrada and Carlos Cuadras has provided boxing fans with some of the most exciting fights of the last decade.

With Estrada and Gonzalez set to face off for the second time on March 13, and the winner mandated to take on Srisaket, this remarkable series of rivalries looks set to continue to provide fans with unmatched thrills.

It’s no wonder that many have anointed these four fighters as the natural successors to the “Four Kings” of Sugar Ray Leonard, Roberto Duran, Tommy Hearns and Marvin Hagler, whose exploits lit up the boxing landscape of the 1980s.

(Read the full article at the link below 🙂