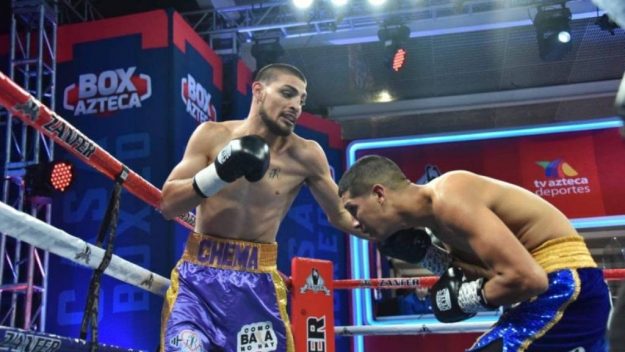 Ensenada’s Carlos Ocampo wants to contest the WBO Superwelter World Championship this year, or at least climb up to be classified within the top five places. The first step is to win next Saturday, in Tijuana.

The only loss on Ocampo’s record was playing Errol Spence Jr for the IBF Welter World Championship in June 2018 in Texas. He immediately moved up to super welterweight, and has since had five wins.

Currently, “Chema” is classified in the 11th position of the World Boxing Organization (WBO) Superwelters, where the world champion is the Brazilian Patrick Texeira (31-1-0, 22 ko’s), who next month of February will defend his title for the first time against Argentine Brian Carlos Castano (16-0-1, 12 ko’s), in California.

A victory this Saturday in Tijuana will represent Ocampo aspiring to be in the Top 10 and be considered an optional challenger.

However, this step will not be easy, as the “Pitbull” Juárez. Of the six defeats on his record, five have been abroad (two in Canada, one in Italy, one in France and one in Germany) and the other, in Mexico, against former world champion Carlos “King” Molina. 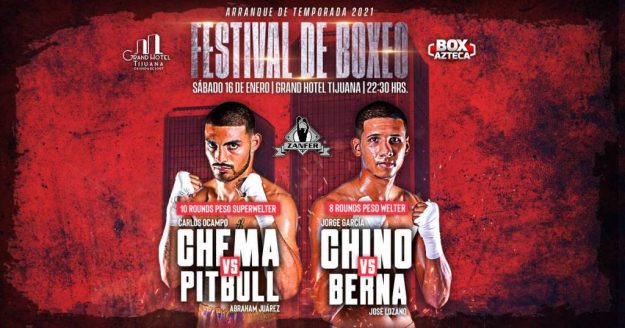 To support this spectacular clash between “Chema” and “Pitbull”, two natural knockouts will face 8 rounds at super welterweight.

In one corner will be Jorge “Chino” García (18-2-0, 16 ko’s) and in the other, the Tijuana that will risk his undefeated, José “Berna” Lozano (8-0-0, 8 ko’s), who It has the peculiarity that his 8 wins have been in the first knockout, while Garcia’s two losses have been by split decision, so the clash will be one of great emotions from start to finish, and the knockout will be a latent possibility. from the first bell.

In the same function, at 6 rounds in Super Featherweight, Tijuana’s Humberto Galindo (12-0-1, 9 ko’s) will expose his immaculate record against the strong fighter from Coahuila Eliot Chávez (8-3-1, 4 ko’s), who in his Most recent fight, he took away the undefeated José Antonio Sanpedro (9-0-0).

The show will have three preliminary fights, in which strong Zanfer prospects will look to seize the opportunity and take a step forward in their respective careers.

This event will be behind closed doors at the Grand Hotel Tijuana, and both Zanfer and the Tijuana Boxing Commission will implement all the prevention and health protocols of the health authorities and the World Boxing Council.

Tomorrow the official press conference of the event will be held at 12:00 pm (Tijuana time) via Zoom and it will be transmitted through Facebook Live on the Zanfer Box page.