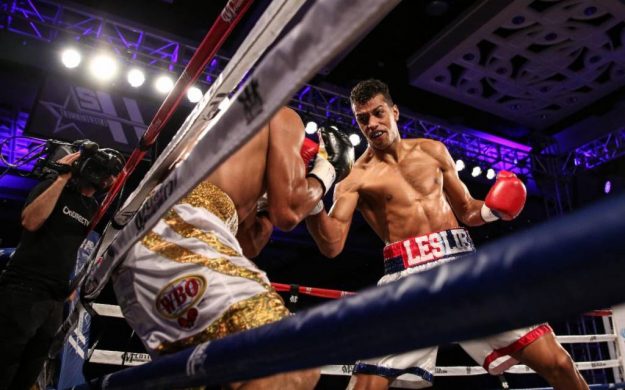 Caguas, PUERTO RICO – Alberto Machado only dreams of having a world championship on his waist again. And this next March 18 could take a big step in that direction when he disputes the vacant NABO regional title of the World Boxing Organization at 135 pounds against the undefeated Tejano Héctor Tenajara Jr. during the stellar fight of the Miguel Cotto Promotion poster together to H2 Entertainment in association with Golden Boy Promotions at the Albergue Olímpico in Salinas as part of the Ring City USA series that will be televised on NBC Sports and whose preliminaries will be seen on the Twitch app.

“I’m looking forward to that match date! I haven’t fought since 2019 and it’s been a long time wasted with this pandemic. I want to contest another world title and my ticket is this fight against an undefeated and talented fighter from Golden Boy Promotions. I’m counting the days, ”said Machado (22-2 with 18 KO’s), who was the World Boxing Association’s 130-pound world champion in 2017 before being dethroned by Andrew Cancio in 2018.

“In 135 I feel much stronger and it even helps me psychologically because I can eat more and I don’t have to sacrifice so much for the weigh-in. He was seen in my last fight against Ecuadorian Luis Porozo (15-4 with 8 KO’s), whom I knocked out in the second round in 2019. I felt very strong and that is the Machado you will see on March 18. I come to resurface as the Phoenix, but at 135 pounds ”.

Facing Tanajara Jr. (19-0 with 5 KOs), Machado will face a fighter who uses the jab and distance well, who moves with cunning and who is used with patience inside the ensogado. “Tanajara Jr. is a young, undefeated boy who has the same desire as me to put himself on the map. Plus he’s tall and comes from a good boxing school, so we’re taking him very seriously. We’ve studied him and we’ve been sparring with 147-pound fighters who can mimic his style, “Machado said.” Now we’ll see if he can hold my punch when my hands reach him. “ 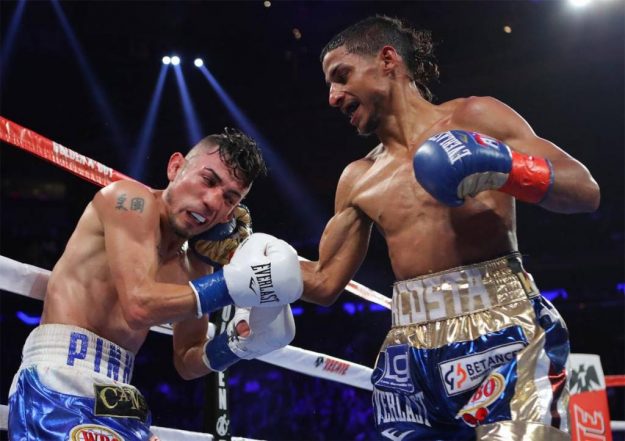 ‘Tito’ Acosta returns with the world title as a goal

Former junior flyweight world champion and strong hitter Angel ‘Tito’ Acosta has a well-present goal and that is to be crowned world champion again in the flyweight division. After months of inactivity due to the COVID-19 pandemic, ‘Tito’ Acosta kept training and ready to return to the ensogado. Now the spoiled son of the “Barrio Obrero” of San Juan returns to the ring on March 18 in the Ring City USA poster to face Mexican warrior Gilberto Mendoza (17-9-3, 8KOs) in an 8-round match. “I am super happy to return to the ring on March 18, and grateful to my companies Miguel Cotto Promotions and Golden Boy who did everything possible to give me the opportunity to fight in Puerto Rico. My goal is to be world champion again, I am focused on Gilberto Mendoza who I know will come ready and prepared to fight. I’m ready to win and then we’re going to go for the world title. ‘Tito’ is currently the mandatory challenger for the World Boxing Organization to face Japanese champion Conjunto Nakatani (21-0, 16KOs). 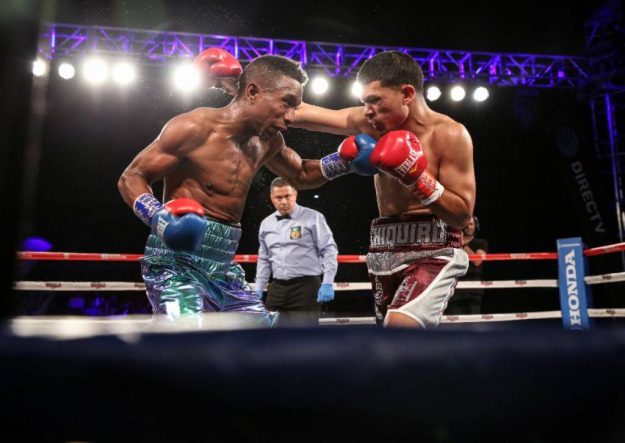 Apart from the lawsuit between Machado and Tanajara Jr., the portion televised by NBC Sports will also feature another interesting duel in the rivalry between Puerto Rico and Mexico when José “Chiquiro” Martínez (22-1-2 with 14 KO’s), was measure Aztec Israel González (26-4 with 11 KO’s) in an eight round match.

“We have a strong fight head on. González is a tough, experienced opponent who has fought three times for the world title. I have my hands full, ”admitted Martinez, who came second in the WBO at 115 pounds prior to his 2019 setback to Alston Palicte from the Philippines.

“But this is the fight I want, the one I need to qualify again. We have studied our rival well and we hope to have a great fight ”. González is coming off a loss in October 2020 against Román ‘Chocolatito’ González via decision in a lawsuit for the WBA fly scepter and is a fighter who stands out for throwing many punches.

“He’s an aggressive fighter who throws quite a bit, so we’ve put a lot of emphasis on our speed, our counterattack. That’s why we’ve looked for a lot of sparring partners that do that and we’ve worked a lot on the court. That day I want to be super fast and have a surprise, “added Martínez. 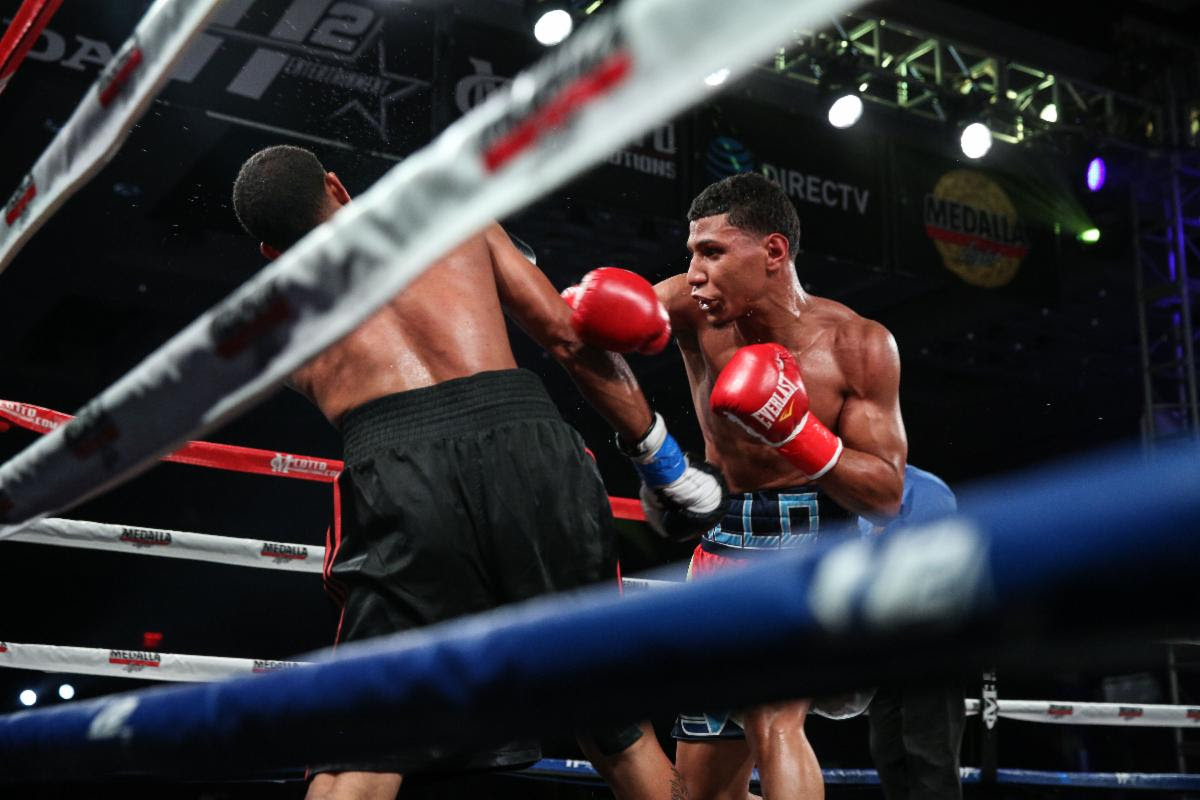 As if that were not enough, the evening of March 18 will see the return of the undefeated Saline knocker Edwin “Chin” Valentín fighting close to his alma mater when he measures a rival yet to be announced during the preliminary portion of the event and that will go through the application Twitch.

“I am happy and grateful to Miguel Cotto Promotions for this opportunity to fight near my school at the Albergue Olímpico (Ecedao), where I studied and developed. We just need to know who I’m going to fight, ”said Valentín, who had been training for the past six months in Buffalo, New York under the tutelage of Juan De León.

“With Edwin we worked a lot on his speed and not wasting blows. Edwin is a guy who hits very hard. Many of the sparring partners he has had tell me that “Chin’s” hands are the strongest they have felt. The rival that touches him on March 18 will find out ”, added De León.