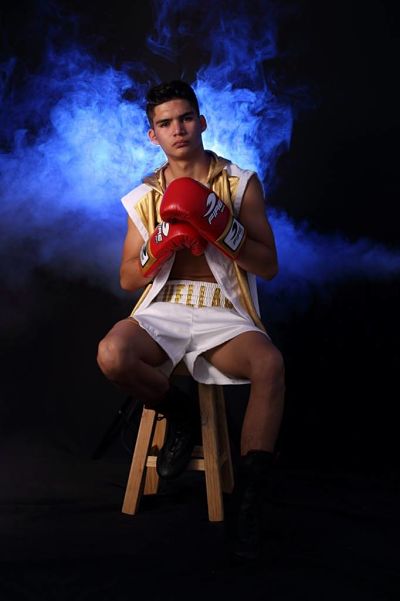 MEXICO – Undefeated Queretaro David ‘El General’ Cuéllar is sure to win a resounding victory when he faces double world champion Moisés Fuentes in a power-to-power duel in the stellar match of ‘El Templo TUDN’.

Cuéllar Contreras, 19, assures that the blazons and achievements of his opponent in turn, far from intimidating him, motivate him to give one hundred percent in the practice room to show that he is capable of surpassing an adversary of the category of Fuentes Rubio .

“He is a great champion, but I think he lacks humility, he says that he is going to punish me and that he is going to take me to school; I believe that it is a way to attract attention, and we will see if in the ring he is able to sustain everything he says, “he said.

“I am not impressed by his belts, nor by the names of the rivals he has faced, I only worry about arriving in my best version to the fight to defeat him, they asked me my prognosis and I answered that I am going to knock him out; I will do everything possible to knock him out, “said the boxer with a record of 18 wins with 11 knockouts.

The battle that will open the hostilities of 2021; will reach millions of homes through the signal of TUDN and Channel 5 in the voice of its team of expert commentators led by ‘El Zar’ Carlos Aguilar, Leonardo Riaño and the analysis of the historic Ricardo ‘Finito’ López, in a mega-production of Promociones from town.