Gabriel Flores Jr. struck down Jayson Velez in the co-main event
Oscar Valdez Y Miguel Berchelt They promised a memorable Mexican clash for all time and they did it. Valdez knocked out Berchelt with a left hook late in the 10th round to win the WBC super featherweight world title against Berchelt, who was making his seventh defense of the title.

The hook dropped Berchelt, who fell to the canvas, and referee Russell Mora immediately stopped the fight.

Berchelt (38-2, 34 KOs) was hurt and knocked down in the fourth round, but he leveled off and continued to pressure Valdez (29-0, 23 KOs) during the intervening rounds. Valdez turned the tide once more in the ninth with a crash, and clinched victory in the 10th.

Valdez said, “There is nothing better in life than proving people wrong. I have a list of people who doubted me. My idols doubted me. Boxing analysts doubted me. They said Berchelt was going to knock me out. I have a message for everyone. ‘Don’t let anyone tell you what you can and can’t do.’

“I am going to take the belt home and I am happy about that. I want to face any champion… I heard that Shakur Stevenson wants to fight me. Let’s do it. I just want to keep fighting and give the fans what they want. “ 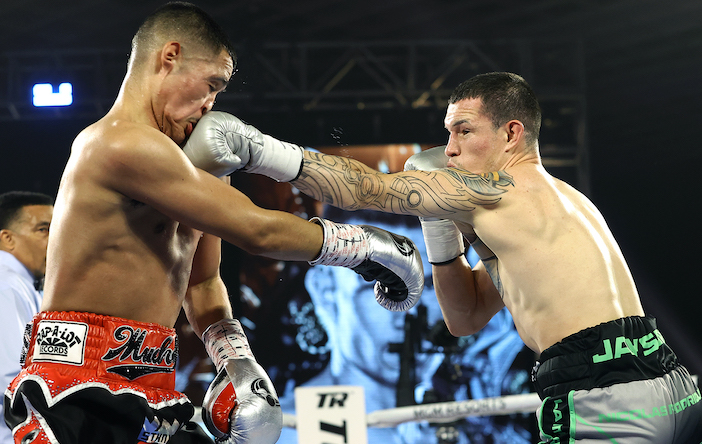 Time to crown the King of Stockton. Gabriel Flores Jr.Junior lightweight sensation from Stockton, California made an emphatic statement, knocking out former world title challenger Jayson Velez in the sixth round of the co-feature fight. Flores (20-0, 7 KOs) dropped Velez twice in the sixth, punctuating the victory with a left hook.

Flores said: “I could have done it earlier. I was playing with my food. Coach Gabriel Flores Sr. told me that I just had to push him. Nothing really happened in those first five rounds, to be honest. I was just feeling it.

“I would love to have the winner of Jamel Herring and Carl Frampton. I’d love that. I’m going to keep working and my performances will improve every time ”.

Rodriguez has made a name for himself as an explosive puncher, but he showed his maturity by boxing against Veron, a former WBO Latino belt holder who has never been stopped as a professional. Rodríguez surprised Verón several times with right hooks, but the Argentine veteran was able to resist the onslaught.

Rodriguez said: “This was my first scheduled eight-round fight, and I actually think I got a lot of good experience. In every fight, you learn something different, and for this fight, I think the experience of going to more rounds really helped me.

“It was a great experience working the full eight rounds. Now we’re going back to the gym to work on various things, specifically I know I needed to loosen my hands a bit more. When I did that, I was able to hurt him. But in the end, I think it was a great experience. He is a natural welterweight. They have never stopped it, so I knew it would be a difficult challenge, but you know that I will go back to the gym and work harder to continue growing in this sport. “

The 18-year-old Zayas went through the first round for the first time in nearly a year, beating Philadelphia native Martin en route to a shutout victory.

Zayas said, “As a young fighter, you need these types of fights. He hadn’t come out of the first round in almost a year, so for me to get to six was very important. “

• The middleweight prospect Javier Martinez (3-0, 1 KO) dispatched Uriel Villanueva (3-2, 1 KO) at 1:51 of the first round. Martinez, a southpaw from Milwaukee, unloaded on Wagner, stunning the Montana native early in the first round with a right hook. The bout was stopped shortly after, and Martinez added a ‘1’ to his knockout column.

• The Puerto Rican prospect Omar Rosario (3-0, 1 KO) struck down Uriel Villanueva (1-1), at 2:38 of the first episode. The former amateur superstar scored the first knockout victory of his career as two knockouts in the second round led to referee Robert Hoyle stopping the fight.