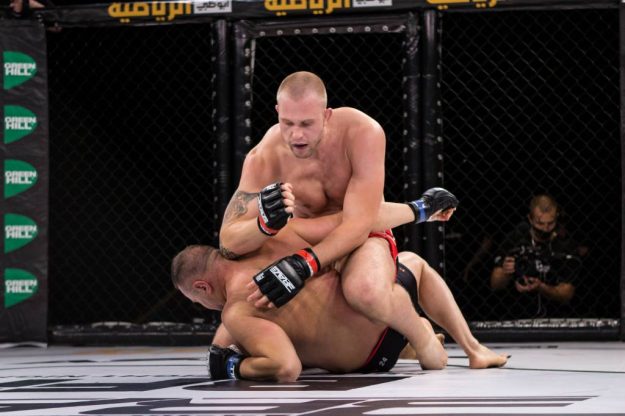 After world middleweight champion Mohammad Fakhreddine ruled on the possibility of facing Mohamed Said Maalem for the vacant BRAVE CF light heavyweight title, other fighters stepped up and announced their names for an eventual title fight. .

Swedish phenom Anton Turkalj, who has won twice in two BRAVE CF matches, commented on social media about seeking the title, rejecting the idea of ​​Fakhreddine and Said Maalem fighting for the belt. Turkalj said he would even face both men on the same night and bet his fighting bag that he would emerge victorious.

Later, Anton used his own profile to mount a montage of him holding the BRAVE CF title as if he were Captain America, using the belt as a shield.

Todd Stoute, on the other hand, had already expressed his desire for a rematch against Said Maalem. “Black Hulk” lost to Mohamed, but recovered with a victory against Cristian Constantinov.

Currently ranked the number one heavyweight and number two light heavyweight in Canada, Stoute believes he deserves a title shot after impressing in all three of his BRAVE CF appearances, with one loss and two wins.

After Fakhreddine’s call-up to Said Maalem, Todd went on to say that the title shot was his, and stated that he would also be interested in fighting the middleweight champion for the vacant light heavyweight world title.