The Berchelt vs. Valdez and Gabriel-Flores Jr. vs. Jayson Velez will air live on ESPN and ESPN + this Saturday at 10 p.m. ET

The battle for Mexico is almost here! The WBC Super Featherweight World Champion Miguel “Alacrán” Berchelt and former world featherweight champion Oscar Valdez shared the stage two days before one of the most anticipated Mexican matches in boxing history.

Berchelt seeks his seventh successful title defense, while Valdez hopes to fulfill his lifelong dream of capturing a WBC world title. After a few stumbles, including Berchelt’s COVID-19 diagnosis last year, the fight is finally happening.

The Berchelt vs. Valdez and a junior lightweight showdown between Gabriel Flores Jr. Y Jayson velez They will air live on ESPN and ESPN + at 10 pm ET.

This is what Berchelt, Valdez, Flores and Vélez said during the final press conference:

“I am very happy to be here. I have been following Oscar since the 2008 Olympics in Beijing as it was an opportunity I wanted for myself. I respect it. We know the quality of the opponent in front of us, but I am here to get the victory and retain my title ”.

“Styles make fights, and I think my style and Oscar’s style will make a great fight, so we’ll see what happens on Saturday.” 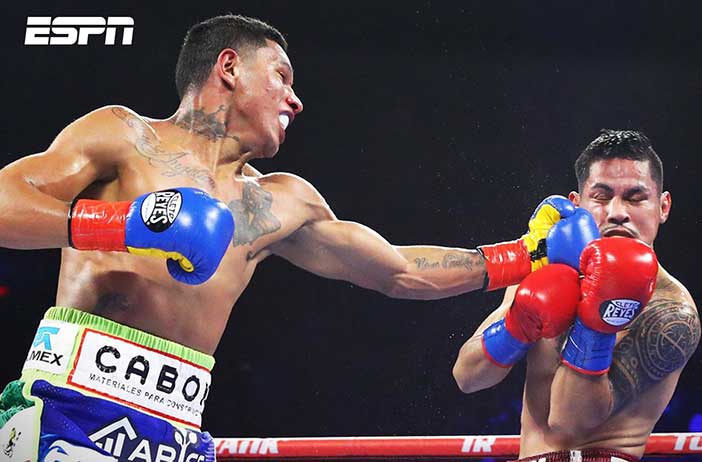 “I want to tell my fans not to miss this fight. This is going to be a great fight. I know what it cost me to get this title, and I am confident that I will successfully defend this title again. “

“This is a tough fight. There is a reason why he has that belt. He is a great champion in and out of the ring. Nothing personal, but I want that belt. It is a dream that I have had since I was 8 years old. My idols have had it: Muhammad Ali, Mike Tyson, Julio Cesar Chávez, Erik Morales, Marco Antonio Barrera, they all had this belt and that is something that I have wanted to hold since I was a child. This is my opportunity”. 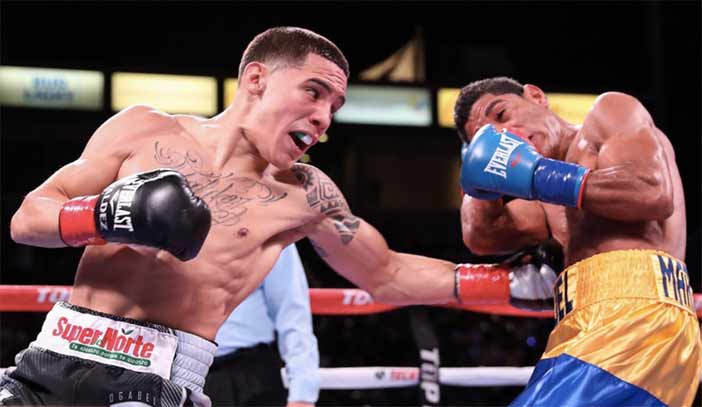 “Wherever I go in Mexico, they ask me that question: ‘When are you and Berchelt going to fight?’ It will be an honor for me to give them a great fight with a warrior like Miguel Berchelt ”.

“This is my opportunity. I’m not going to go in and not give it my all. I will do whatever it takes. If I have to box, I will box. If I have to stop to fight, then I’m willing to do it too. “

“The hard work is paying off. We are working. We’re going to show that on Saturday night. “

“On Saturday night, I am going to take control of the fight. I’m going to show them that I’m ready for a world title shot. “

“Jayson Velez has fought some contenders and good fighters. He’s the best on paper, but my job Saturday night is to make him not look like my best opponent so far.

“{Flores} has the skills. He has the talent. This is what I need to show that I can be at the highest level. I like to bring the action to the fans. This will be one of the great fights. “

“He is a technical fighter. He has skills, but sometimes he stops to fight. He is a very complete fighter, and I like that because at some point in the fight he will have to stop and fight. And that’s what i want. That’s what I like, and that’s what people like. I hope he uses his skills for a few rounds. Over time, we will bring the action to the fans. “

ESPN’s boxing series, hosted by Max Kellerman, will air immediately after the weigh-in and will include interviews with Berchelt and Valdez.