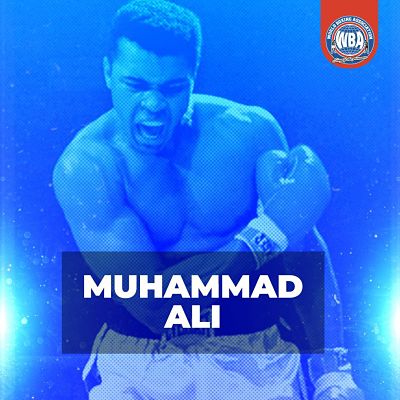 Today marks the 79th anniversary of the birth of Muhammad Ali, the most universally known athlete of the 20th century, and who remains in the memory of millions of people in the world for his virtues as a boxer, a discipline in which he was one of the greatest of all times in the full weight and for his political activity in which he developed a tenacious fight for the preservation of the civil rights of his race, behaviors both – that of an athlete and that of a citizen – that allowed him to pass over the common .

It was born on Saturday, January 17, 1942 in Louisville, Kentucky, with Cassius Marcellus Clay as the birth name, son of Cassius Marcellus Clay and Odessa de Clay, a middle-class couple who had another son, Randolph, named Rudy after the family. That name, which he rejected when converting to the Islamic religion, for him a slave’s name, became Muhammad Ali “The Greatest”, such would be known worldwide from 1967 and until the end of his days 74 years later.

It is worth reproducing what is written on the back of the book King of the World by David Remnick, Pulitzer Prize Winner for Lenin’s Tomb and Editor then (2001) of The New Yorker. “… But King of the World is much more, it is the chronicle of one of the most vital and vertiginous times of the United States, and does justice to the speed, grace, courage, humor and enthusiasm of one of the greatest athletes and the most irresistible personalities of our time. “

After winning the Olympic gold in light heavyweight in Rome-60 he made his professional debut the following year and after 19 wins in a row (16 by KO) he received the champion chance. He became a world heavyweight champion when he was just 22 years and a month old and talking non-stop. He was called “Bocazas”, they saw him as a “crazy talkative and half clown” who dared to predict the round in which he would win a fight. In the fight for the WBA and WBC belts, he was considered a safe new victim for the fearsome puncher and monarch Charles “Sonny” Liston.

The predictions against it went to the ground because the then Cassius Clay humiliated who he mockingly called “The Ugly Bear.” Before he had to overcome an eye problem, blinded from the third round presumably by a substance applied to the champion’s gloves.

There was a point in the fourth-round bout when he came within a few moments of quitting. Upon reaching the corner he shouted in anguish “I don’t see anything! I see nothing! Cut off my gloves! ” But Angelo Dundee, in his corner, did not heed the desperate request. He lifted him off the bench in the fourth, which Clay barely finished, and when the fifth came he encouraged him: “Now get out there and don’t stop running,” he said.

Clay just defended himself, almost blindly, without throwing blows and holding on every so often. When the bell rang for the sixth, his eyes were no longer burning, and he began to pound Liston with uppers, direct, left hooks, jabs … There was a moment when he landed up to eight straight punches, without receiving a response.

Liston returned to the corner battered and as he sat down he said to one of the corner, out of breath “We have come this far!”, Which the assistant understood as that he was preparing to finish off the rival. He put the protector on, but Liston spat it out and repeated “I said we’ve come this far!”

And that fighter who hadn’t been knocked out in 36 fights, with only one loss in tow, sat in the corner when the bell rang for the seventh round. Clay was already the new sovereign of maximum weight.

He began to jump in the ring and shout to the journalists: “swallow his words!”, That he was the Greatest, the king of the world, he who flew like a butterfly and sting like a bee. It was on February 25, 1964, at the Miami Beach Convention Center, Florida.

The following day, at the usual press conference in such cases, Clay made the official announcement of his conversion to Islam and his decision to change his name to Muhammad Ali.

In the rematch on May 25 of the following year, Liston collapsed like a bundle in the first round and didn’t get back up. The result raised suspicions, but video of the fight shows that Clay did indeed crush Liston with a strong right to the head, hardly seen by some fans.

Already with the Muslim name of Ali (“Clay is a slave’s name,” he proclaimed) he exhibited the belt in front of former champion Floyd Patterson on 11/22/65, who was followed, between 66 and 67, by Canadian George Chuvalo (DU ); the Englishman Henry Cooper (GD; the also British Brian London, KOT3; the German Karl Mildenberger, TOT12; Cleveland Williams (TOT3); Ernie Terrel, in 15 stages and finally on March 23, 67 he went up against Zora Folley and him finished in seventh, also in Houston.

NOT TO THE WAR

On the morning of April 28, 1967, he went to the recruiting office on San Jacinto Street in Houston with 24 other potential recruits. They were lined up before Lieutenant S. Steven Dunkley, who was calling them to step forward as usual. “Cassius Marcellus Clay,” he said and Ali didn’t move. He repeated the name, with the same result. The third time Dunkley said “Muhammad Ali and it happened the same.

Shortly after he was sentenced to 5 years in prison (which he did not fully comply with) and was fined ten thousand dollars. It didn’t take long for him to be disregarded as a champion. He returned to the ring three years later and after beating Jerry Quarry (TKO3) and Argentine Oscar “Ringo” Bonavena (KOT15) ​​he lost 30-0 undefeated to Joe Frazier in March 71.

Three years later, on October 30, 1974, he astonished the world with a surprising and impressive 8-round KO of undefeated and wide favorite George Foreman, WBA and WBC champion, in Kinshasa, Zaire, now the Democratic Republic of Congo, against about 300 million viewers on TV, in an event organized by Don King with the financial support of the dictator Mobotu Sese Seko.

In his career Ali had, among more than fifty of his fights, six in particular, apart from Zaire, three of them against Joe Frazier and the other three with Ken Norton. It was Frazier, as we said, who removed the undefeated points from him on March 8, 1971 at Madison Square Garden, his third fight since suspension.

On January 28, 1974, Ali took revenge in 12 rounds at Madison itself. They met for the third time on October 10, 1975 in Manila, a battle recorded as one of the division’s most dramatic fights, won by Ali when “Smokin” Joe did not come out for the 14th.

He collided with Norton on 3/31/73 and the former marine fractured his jaw for a decision and the second on 09/10/73, dominated on points by “El Más Grande”. They fought for the third time on September 29, 1976 for the WBA-WBC titles and Ali beat the points.

Five years later from Manila, Ali retired, which he did with a 56-5-0 record, 37 knockouts and 5 against, after losing by TKO10 to his former sparring partner Larry Holmes (only loss before the limit) and vs. Trevor Berbick, in October 1980 and 12/11/81, respectively. Affected since the early 1980s with Parkinson’s disease, he died on June 3, 2016 in Scottsdale, Arizona.