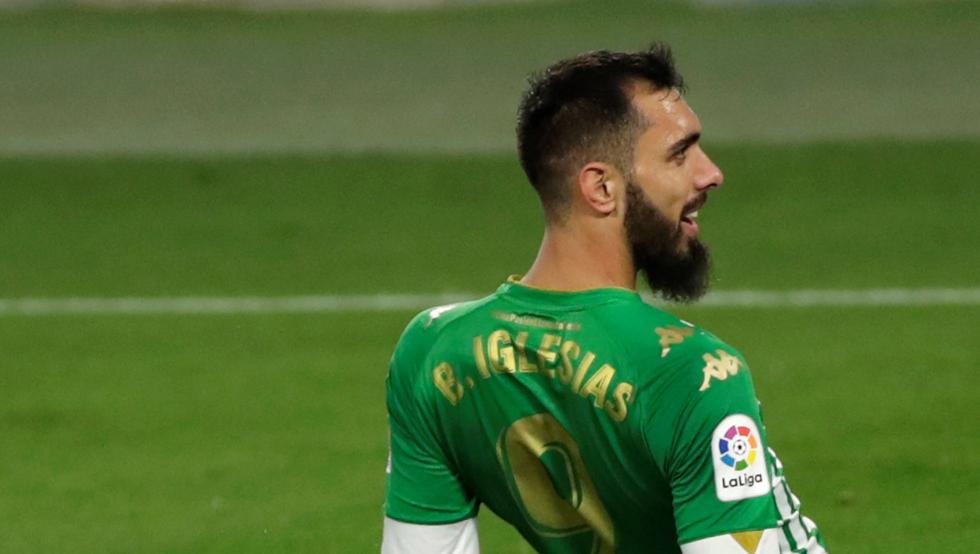 Borja Iglesias He has suffered from the muscular discomfort that already left him out of the game that Real Betis won two days ago in Villarreal and they decided to Pellegrini to leave him on the bench in last Friday’s clash against Getafe, finally decided with a penalty goal of his in the final stages, after replacing Loren at game time.

The Galician forward, who lives his best days as a Betic player – he has five goals in the last five matches played and last Friday, in addition, caused two penalties – has not exercised this Monday with the rest of his teammates after the two days of rest granted by Pellegrini to the squad and, although the club has not reported its discomfort – it will not give a medical report of Fekir’s injury-, at this time it is a serious doubt for Sunday’s clash against Cádiz at Ramón de Carranza, which could be lost, Well, the Chilean coach is not in favor of forcing players with muscle discomfort, since they could break completely and be low for a longer time.

For Sunday’s crash in CadizApart from Borja Iglesias, the central Víctor Ruiz -who no longer played against Getafe- is also a doubt in the ranks of Real Betis, while Fekir, Bartra, Camarasa and Dani Martín are safe due to injury, as will William Carvalho by penalty. That is why Manuel Pellegrini has summoned the team’s top scorer, Raúl García de Haro, who made his debut last season with Rubi, in a League match against Levante -in which Fekir was out due to injury- for the next training sessions. He then played two more times, against Villarreal and Mallorca.