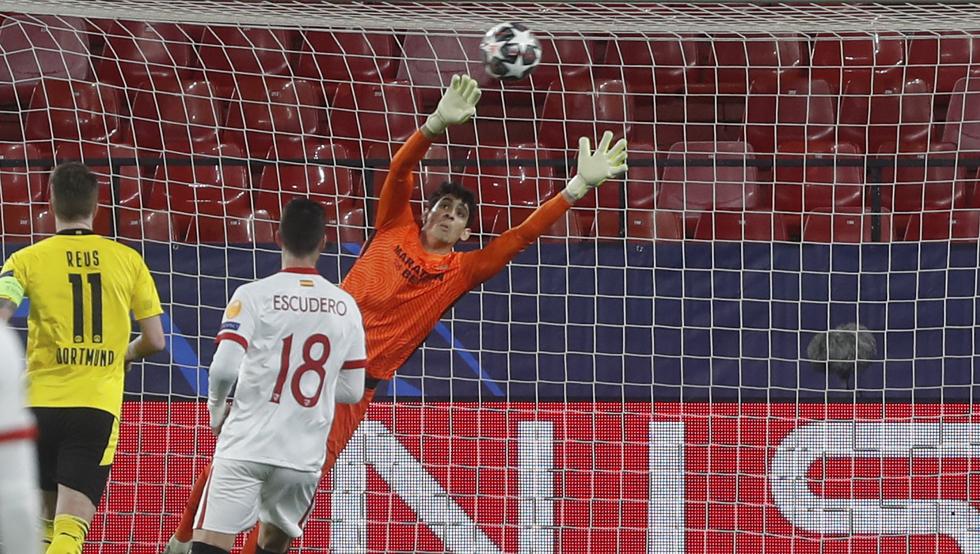 Yassine Bonou, ‘Bono’, was 57 minutes away from breaking the unbeaten record of Andres Palop at Seville, streak that was cut short in the round of 16 duel of the Champions that he Borussia Dortmund He signed up for Sánchez Pizjuán last Wednesday, the day in which the Norwegian Erling haaland it passed like a cyclone through the Nervionense stadium (2-3).

The Moroccan goalkeeper, who received the first goal from the Germans in the 19th minute in a shot from Dahoud, reached 727 minutes without conceding a single goal, seven complete games and two pieces of the duels against Alavés in Mendizorroza, in the that Sevilla came back a bit early from Vitoria, and those 19 minutes against Dortmund. In between, seven games between the League and the Cup unbeaten and spectacular saves like the ones he starred against Messi or Rafa Mir. Cádiz (3-0), Valencia (3-0), Eibar (0-2), Almería (0-1), Getafe (3-0), Barcelona (2-0) and Huesca (1-0).

The mythical Palop had left his door intact for 780 minutes in the 08-09 season and the former Valencian goalkeeper, now a television commentator, launched a congratulatory message for the Nervionense goalkeeper on social networks. “I have never been to give importance to the numbers, records, personal statistics…, but now after time one realizes that it is very difficult to achieve many of the challenges achieved. From here to congratulate Bono for his magnificent streak, he will surely have more opportunities ”, wrote the one from La Alcudia on social networks.