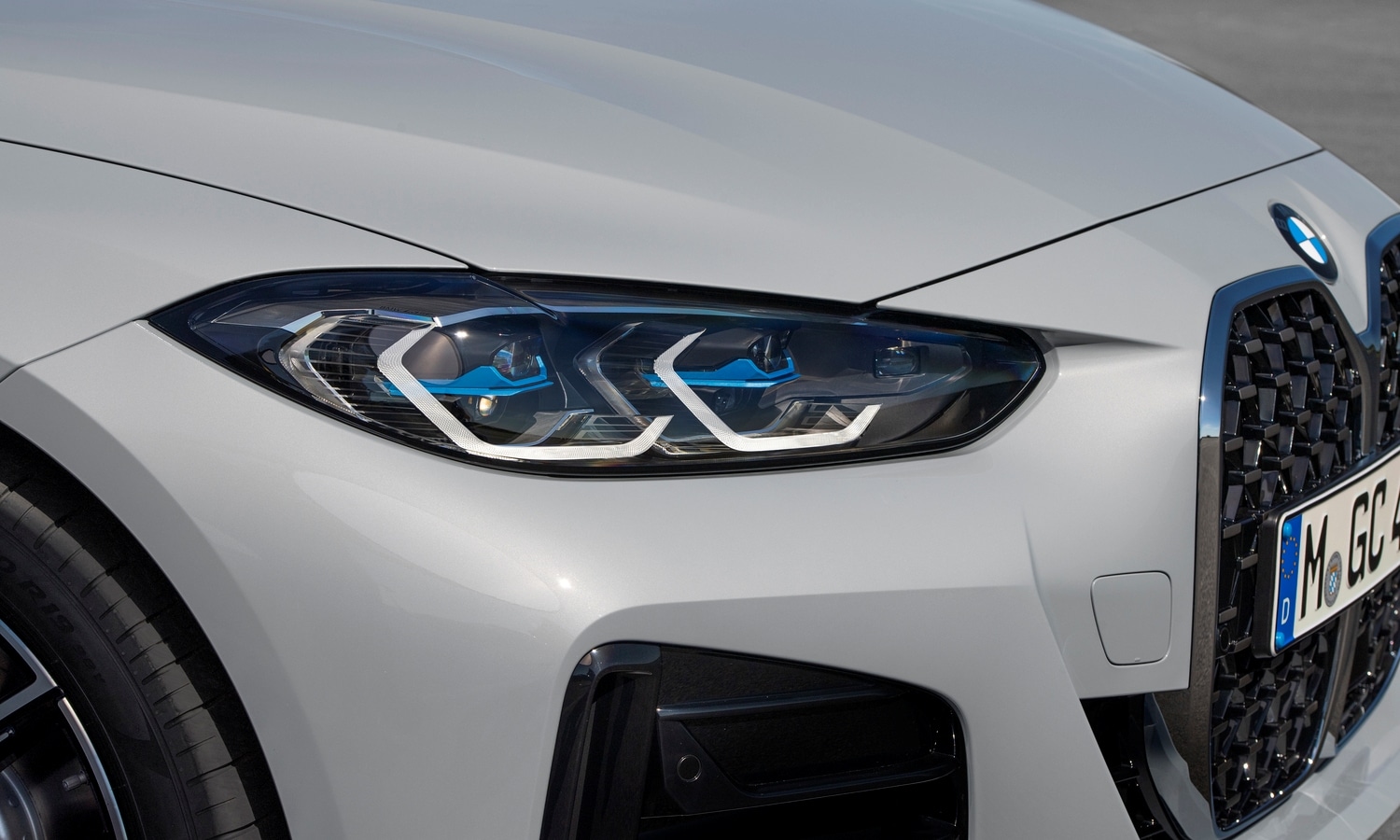 When BMW pulled the “even series” out of its sleeve We never thought they were going to be so successful. Before, the 3 Series GT and 5 Series GT sweated “oil” for customers to lay their eyes on them. That is how they ended up, leaving the market by the back door and without many customers, to this day, remembering them. However, that has not happened with the BMW 4 Series Gran Coupe Y BMW 6 Series Gran Coupe. At least for the moment…

Yes, because after several months of waiting we already have between us second generation 4 Series Gran Coupé. The three-door version debuted last summer evolving a concept that has caught on with the youngest. However, those who sought more cargo space and versatility, they had to wait a bit. Be that as it may, the range is completed with the intention of following its trail of success. We tell you its secrets …

Except for the height and the saloon body, the BMW 4 Series Gran Coupé is a carbon copy of the 4 Series Coupé 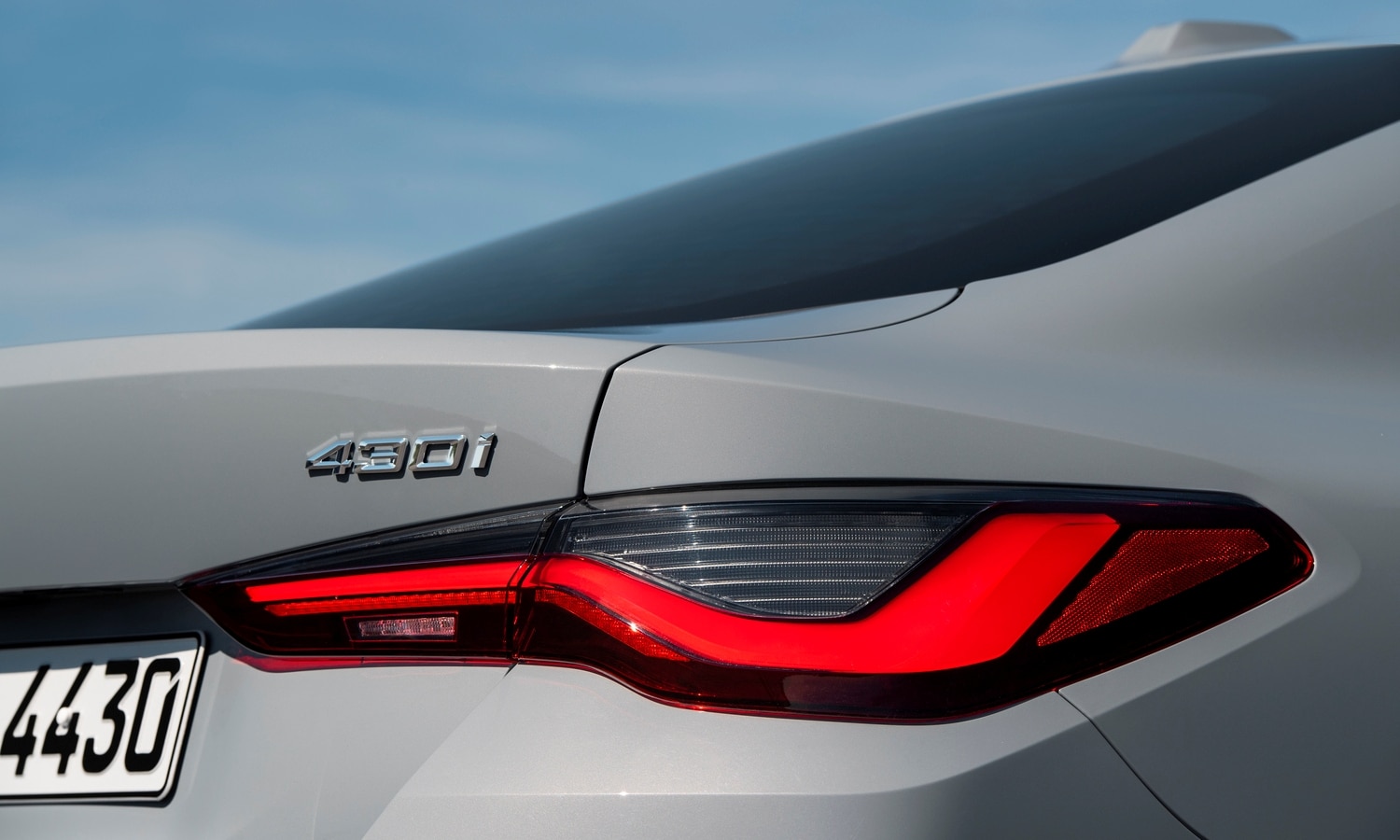 As you can see in the attached images, the aesthetics that the BMW 4 Series Gran Coupé looks like is a carbon copy of its brother Coupé. In fact, with respect to him it maintains the same dimensions in terms of length (4.78 meters) and width (1.85). Where there are changes is in the body height since with 1.44 meters it is 6 centimeters greater. This gain is due to the need to offer passengers better access to the interior of the cabin.

As for the design, as we have mentioned, it maintains the hallmarks of the 4 Series Coupé. This is the big grill (called by some beaver teeth), the generous front bumper air intakes or the LED optics. In addition, despite the body change, with the integration of the two additional rear doors, the aerodynamics remain at a high level. According to BMW, the penetration coefficient Cx It is 0.26.

What does the BMW M440i xDrive Gran Coupé bring…? 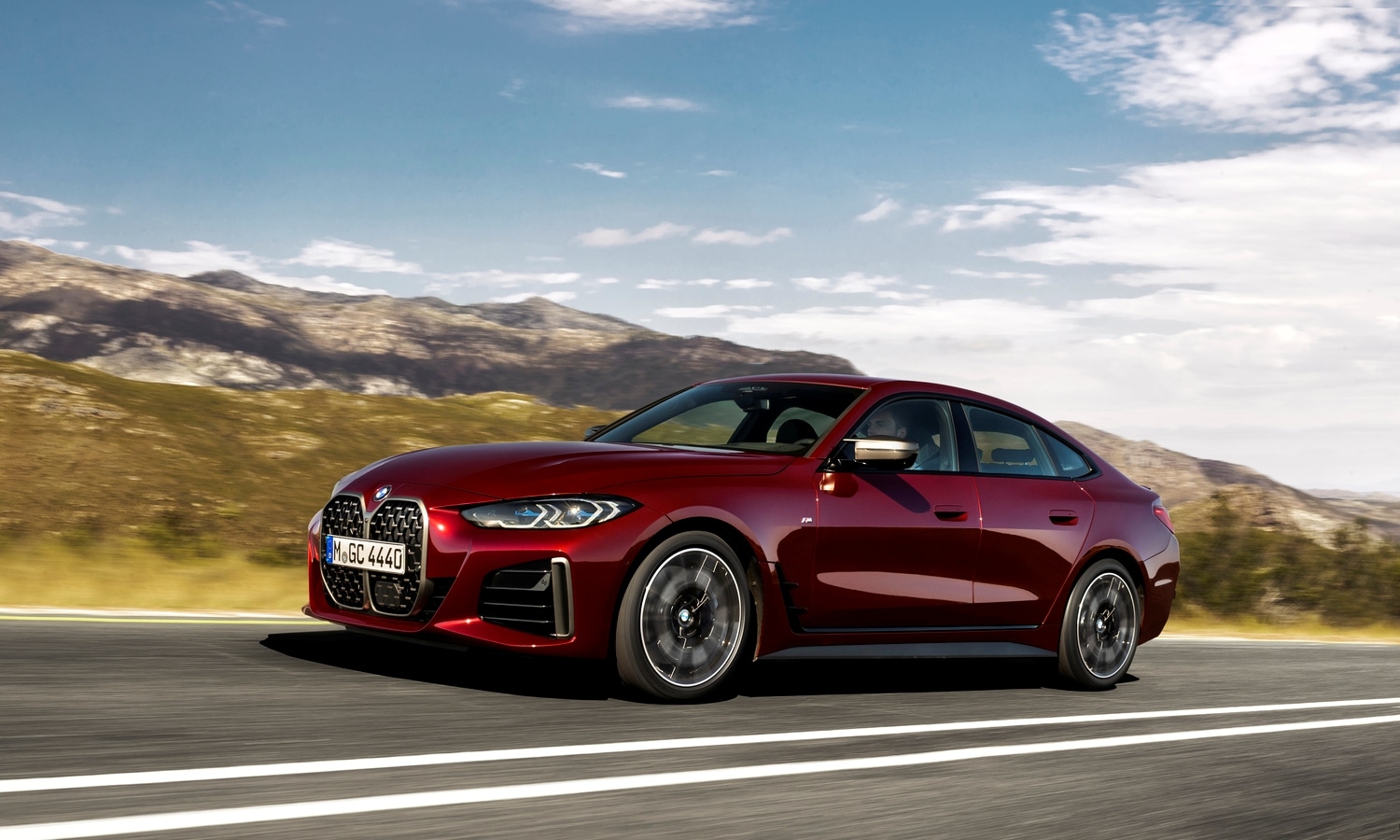 To give greater “hype” to the commercial launch of the new BMW 4 Series Gran Coupé, Bayerische has presented the M440i xDrive version. As its name suggests it is the most powerful option in the range, and therefore looks a slightly different image. The changes are of nuance, because to radicalize its imprint it adds specific air intakes, sporty cut alloy wheels and special finishes on mirrors or M logos. 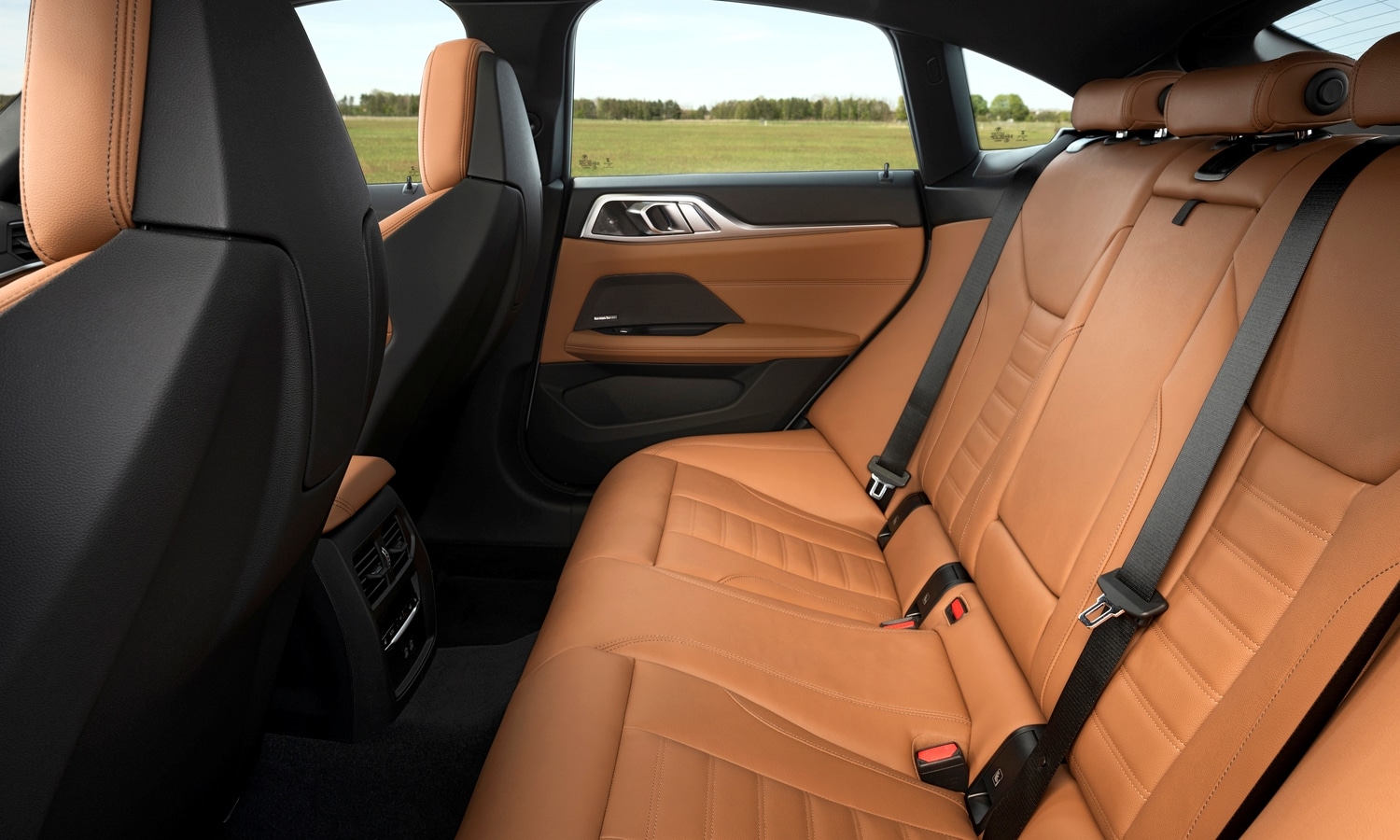 Inside, the evolution of the 4 Series Gran Coupé with respect to the Coupé is measured to the millimeter. Especially with regard to the habitability or capacity of the trunk. The first thing to note is that add one more place to now offer space for five passengers. The same happens with the trunk, which is increased by an extra 30 liters with the seats in normal position. Now, the volume oscillates between 470 and 1,290 liters total.

Among the technological endowment to highlight we have an Intelligent Personal Assistant controlled by voice, Amazon Alexa or automatic remote updates OTA (Over the Air)

In terms of design or quality, the 4 Series Gran Coupé bodywork lives up to what is expected of a BMW. To highlight we have the BMW Live Cockpit with 12.3-inch digital instrument cluster and 10.25-inch center screen. In addition, the endowment improves, adding elements such as the Surround View system (360º vision camera), adaptive cruise control, lane keeping assistant or collision warning with emergency braking.

Powerful mechanical offering but, inherited from the 4 Series Coupé 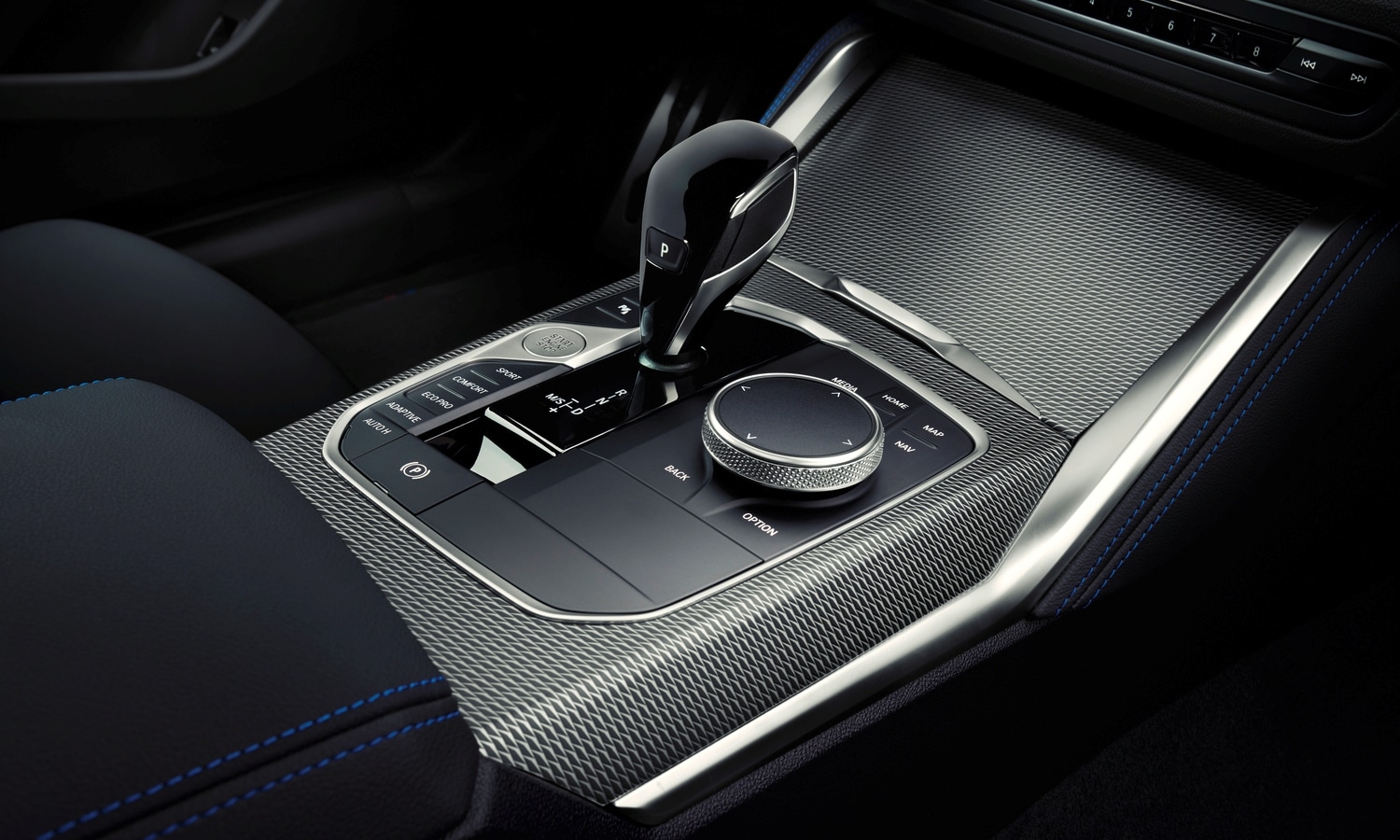 Finally, we must mention the mechanical offer that will give life to the new BMW 4 Series Gran Coupe. As expected, it is inherited from the Coupe version, although that does not have to be bad either. Therefore, it consists of three options in gasoline and a diesel. From the outset, the 420i comes to life thanks to a 2.0-liter four-cylinder turbocharger that delivers 184 hp power. The 430i uses the same motor but improves performance up to 245 hp.

Finally there is the spicier version. As we have mentioned, it is the responsibility of the M440i xDrive. In this case, the 3.0-liter inline six-cylinder block offers 374 hp of power and a maximum torque of 500 Nm. As his surname shows, it is associated with the all-wheel drive and, to reduce consumption, resort to technology Mild hybrid. In all three cases, the transmission is automatic by torque converter with eight ratios Steptronic.

Ultimately there is the diesel version. Will be called 420d and, as usual, it uses a 2.0-liter four-cylinder block with turbo and 190 hp power. The transmission is shared with its gasoline brothers although, in this case the xDrive all-wheel drive is optional. At the moment it is not expected that more engines powered by this fuel will arrive. However, depending on the demand, they could be added or canceled.

When will the new BMW 4 Series Gran Coupé hit the market? 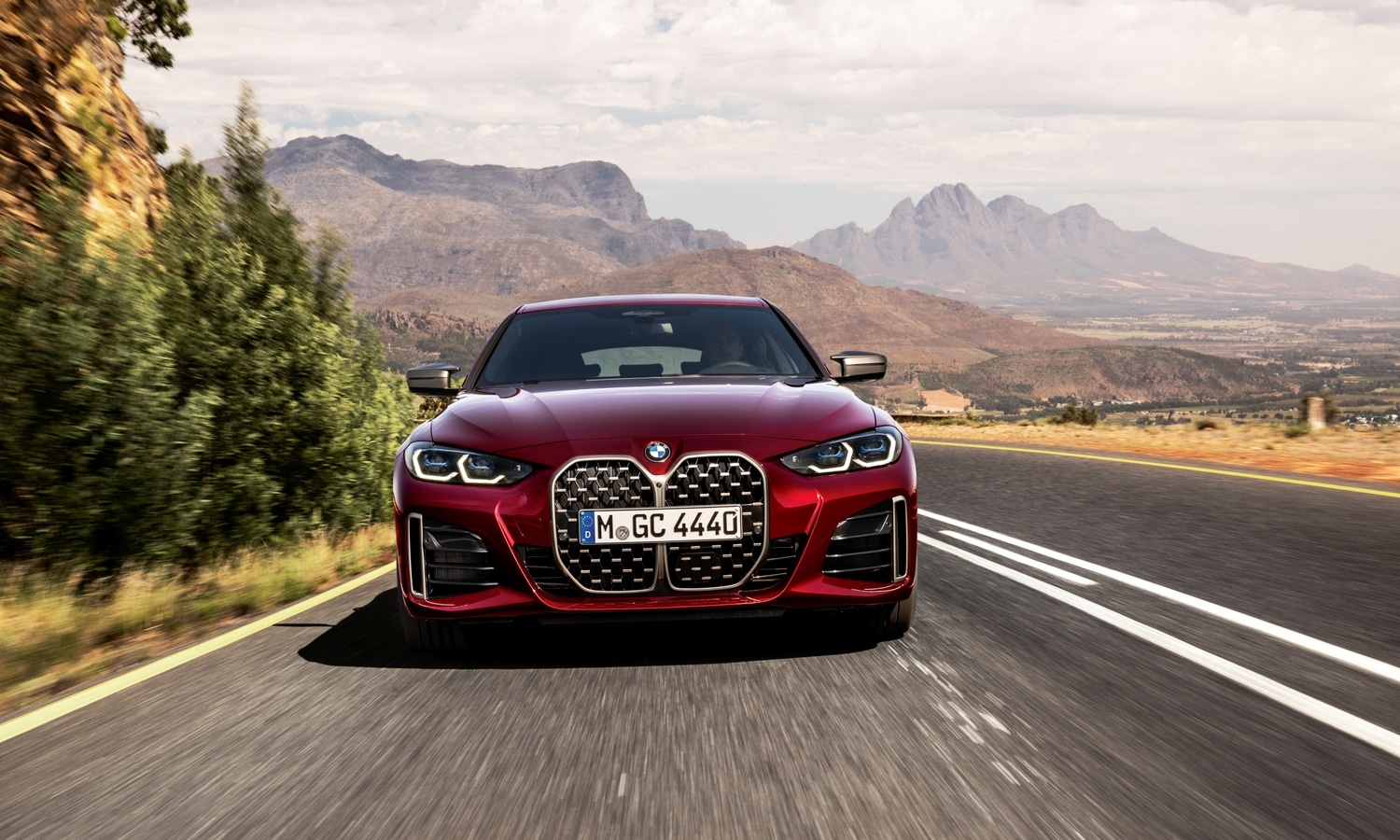 If all goes according to plan, first units of the 4 Series Gran Coupé They will land in our country next November. As there is still time for this, the brand has not wanted to reveal its official prices. However, it is a matter of waiting for the German or French divisions to move for the Spanish to do the same. What do you think of this second generation? Improvement compared to the previous one? It looks like it is…