The 2021 BMW 4 Series Gran Coupe second generation has just been unveiled. This is the five-door version of the BMW 4 Series or a more hedonistic version of the BMW 3 Series, depending on how you look at it. It is presented with dimensions considerably higher than its first generation, a design that polarizes the opinion of the public much more – we had to mention its XXL grille – and a range of engines that currently reaches 374 hp of the top-of-the-range M440i xDrive version. Let’s get to know it more in detail, right?

Visually, the BMW 4 Series Gran Coupé measures 4.78 meters in length, 143 mm longer than its predecessor, whose proof you can read in this article. At 1.85 meters wide, it also grows almost 3 cm in width. However, and it is obvious to the eye, also grows 5 cm in height, breaking the 1.50 meter barrier. At a visual level, its height is clear, and that effect is enhanced by several details. The first, its gigantic front grille and the vertical structures of its bumper. The second, his soaring waist line. 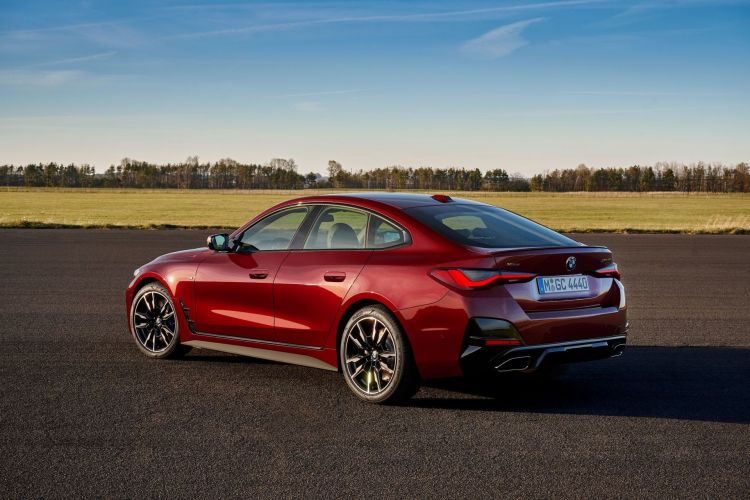 Sports seats and a specific steering wheel are standard on the BMW 4 Series Gran Coupé.

Because of it, the car feels bigger and taller than it really is. The last point, and perhaps the most obvious, is the design of its rear. A rear that reminds us in part of a BMW 2 Series Gran Coupé or a BMW 8 Series Gran Coupé – although its taillights are very nice, it is very cut with a knife, and is taller and flatter than it should be in a coupe. more or less traditional. In short, I think its predecessor was a much more elegant car, and I think it felt more special, more “coupe”.

In fact, I think that a BMW 3 Series is today a more elegant and beautiful car, in my humble point of view. Personal evaluations aside, the truth is that objectively, it is a car superior to its predecessor. And it is that its greater dimensions not only achieve that your trunk grows to 470 liters – its loading mouth is wider and higher – if not they allow an interior with more space for passengers. And from interior of the BMW 4 Series Gran Coupé There is no complaint whatsoever: it is of the highest quality and presents both a very careful design and ergonomics. 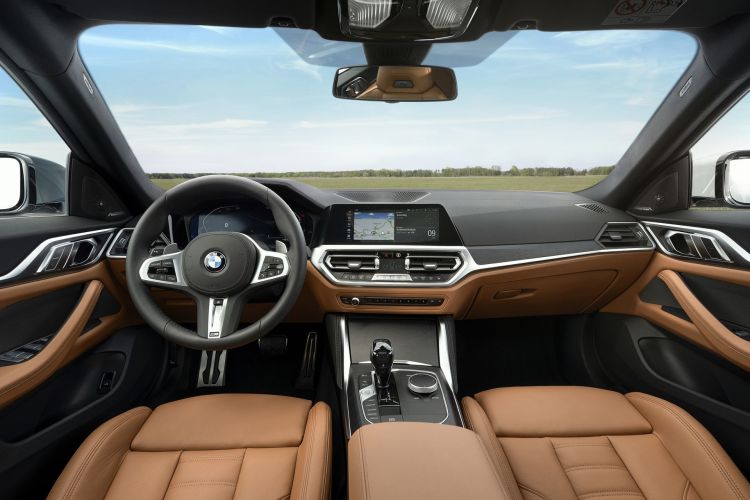 Its drag coefficient is reduced to 0.26 and its weight distribution is 50:50.

While its exteriors are debatable, BMW has a sweet moment in interior design. It’s not just finished off with high-quality materials – its settings are flawless and the digitization feels natural, not forced. Physical controls are maintained to control the central screen and the air conditioning, but it is combined with digital instrumentation and a 8.8 “inch screen for infotainment system, constantly connected to the internet and full of real-time services of a good practical nature.

There are no surprises when it comes to its mechanics, but there are news. The range starts with a 420i gasoline and two-wheel drive 184 hp, a 2.0 TwinPower Turbo four-cylinder. The novelty is the 430i, which using the same mechanical configuration of the 420i, develops 245 hp and integrates the exhaust manifolds in the cylinder head, in search of greater efficiency and lower emissions, at the cost of slightly reducing its power. The gasoline range is completed with a M440i xDrive 374 hp, a powerful three-liter turbocharged inline-six. 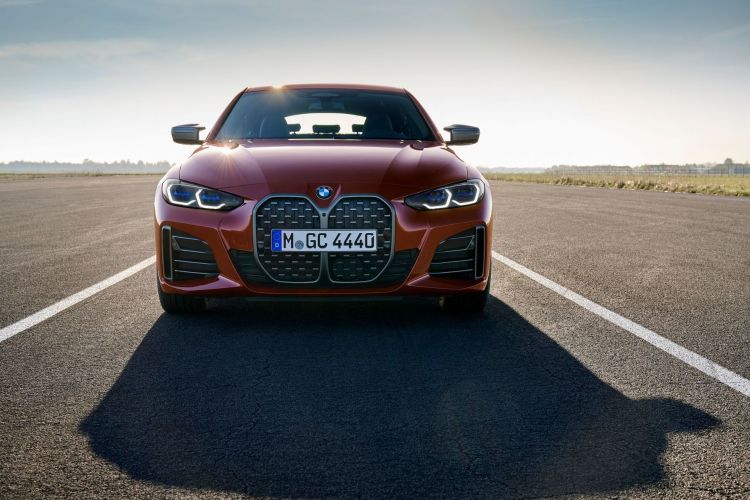 In the future, everything points to the launch of more powerful diesel versions, already present in the BMW 3 Series.

Fortunately, the BMW 4 Series Gran Coupé does not renounce diesel, and at its launch it will be available in a version 420d with a 2.0 turbodiesel 190 hp engine. Everyone Diesel and six-cylinder gasoline are semi-hybrid engines, supported by a 48 volt electrical system. All-wheel drive is optional on the 420d and standard on the M440i xDrive. The latter, like the four-cylinder 430i, can optionally be equipped with an electronically controlled limited-slip differential, provided they are equipped with the adaptive M Sport suspension.