In case you missed the famous meme, Call of Duty players have recreated it in the latest installment of the saga. 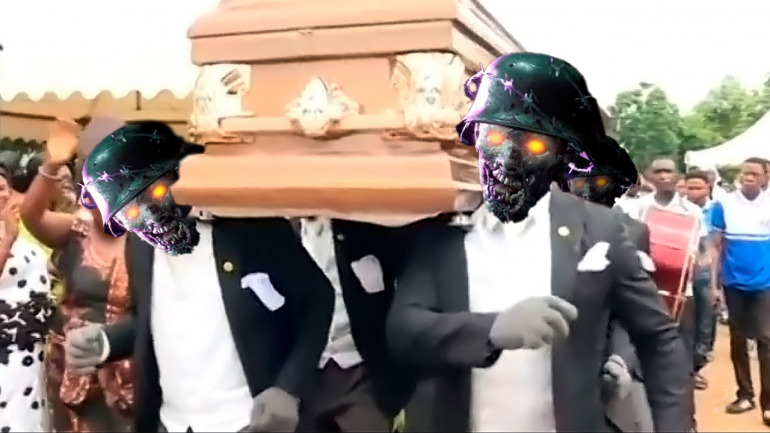 It’s been a few days since Call of Duty: Black Ops Cold War is available and, beyond a frenetic campaign and a multiplayer long-haul, hides inside one of the funniest Easter eggs we have seen in recent months.

Users have remembered the coffin meme in the new Call of DutyYou will surely remember the coffin dance, which has been the epicenter of memes, especially at the beginning of the year, with countless videos showing this ritual from Ghana, dancing to the rhythm while carrying a coffin.

Now, as we see on the game’s subreddit (via LooperGamer), as well as on YouTube, users of the treyarch shooter have decided to pay a similar tribute in the zombies mode of Black Ops Cold War, as you can see on these lines.

You can expand the information of the game in our analysis of Call of Duty: Black Ops Cold War, in which we delve into this spiritual reboot of the saga. The title has also been talked about for breaking sales records and for the use of the adaptive triggers of the DualSense with the weapons of the game.