If the advance of the official scrutinies continues to ratify some preliminary results released this Wednesday on the Democratic and Republican primaries in New York City, so there are two pieces of news to highlight about the decline and advance of the Hispanic leadership in the five-county presidency of the Big Apple: The Bronx directed for 12 years by Ruben Díaz Jr, of Puerto Rican origin, everything indicates that it will pass into the hands of the Afro-American councilor Vannesa Gibson. But in Brooklyn the numbers are favoring Antonio Reynoso, a city councilman from Dominican origin.

Reynoso, 38, with an eight-year career as a councilman for the 34th District of Brooklyn, leads the face-to-face vote with the 28% of total votes. The councilor follows Robert Cornegy (19%) and the assemblywoman Jo- Anne Simon (17%).

“I am very honored by the trust of our voters, by the clear advantage of voting of the first round. For two years, we have built a broad and diverse coalition. And our support increased by talking about the problems that matter to working families, ”Reynoso said in a statement on Wednesday.

The applicant still with the numerical advantage that supports him, said that he will wait for the count every vote.

“I am sure that our leadership will grow, i will win and then we will begin the arduous work of rebuilding a fairer and stronger Brooklyn for all of us, “concluded the leader of the race to succeed Eric Adams in the direction of the most populous county from New York City.

A victory for the politician of pet parents, who grew up in poor neighborhoods in the county and was elected as one of the youngest legislators on the City Council, has a significance “Very powerful” for the emerging Hispanic leadership in the Big Apple.

“We are talking about a district where the majority are not Latino. In other words, he has managed to connect with an electorate that is mostly white and African American. Because he knew how to communicate a project, not a racial identity. Earning a position in Upper Manhattan or the Bronx for a Latino may be an option. But until now it was not in Brooklyn “, interpreted Luis Macias, a community leader from Sunset Park. 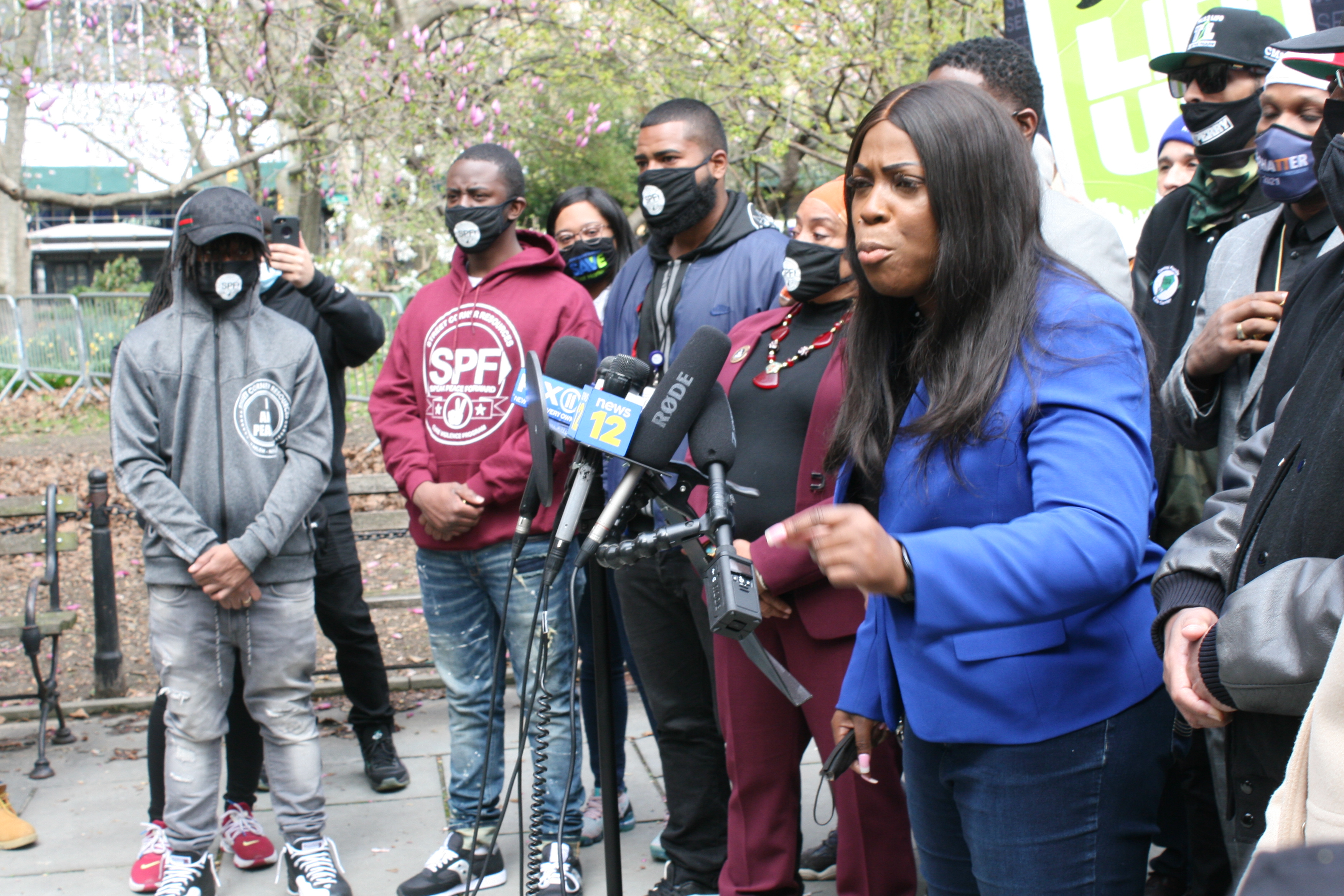 Latinos do not arrive in the Bronx

The story is another in the Salsa County, where more than 53% of its population identifies as Hispanic and until now that executive position was a natural fiefdom of Hispanic leaders.

Councilor Vanessa gibson is prevailing in the Democratic race with the 39% of the votes about his colleague the councilor of ancestry Puerto Rican Fernando Cabrera, which had 34%.

In this vote-by-vote account, Assemblywoman Nathalia Fernández, the other Hispanic from Colombian and Cuban parents, that competes to direct the destinies of the poorest district in the Big Apple, is in a distant third place with 14%.

If Gibson continues to distance herself from her opponents, she would become the first African-American woman to hold that position, after three consecutive terms of tenure. Ruben Diaz Jr.

Given the trends that allow inferring a loss of strength of the traditional Hispanic leadership In the Bronx, the Reverend Ruben Diaz Sr, councilman for District 18 and one of the most visible faces of the political leadership in that county reacted: “Eric Adams supported by the president of the county Rubén Diaz Jr and by me, practically smashed all the other applicants here. We can assure that thanks to the Bronx, he will be our next Mayor, “calculated the controversial leader.

Queens and Manhattan: with minor differences

In Queens the scrutinies were shown very tight Among the candidates for the presidency of the most diverse county in the Big Apple: the current president Donovan Richards (41.7%) who aspires to continue in that chair after being elected in a special election, is only a few tenths ahead of Elizabeth crowley (40.4%).

At the edge of the scrutiny, in an ending that could be “photography”, Crowley was optimistic from his second numerical position, with 77% of the many voters face-to-face already counted.

“We are encouraged by the results we have seen so far. There are tens of thousands of votes absent to be counted, and we hope to see the full results, “he specified on social media.

In the crowded “marathon” for the presidency of the borough of Manhattan, Councilman Mark Levine is being favored by the largest number of votes, so far, beating the State Senator Brad Hoylman of Chelsea, by three points.

The applicant before the closed process also opted for get away from triumphalism and highlighted in his account on twitter: “There are more votes to count in a ranking election yet to be tabulated, but I am incredibly grateful to everyone in Manhattan who supported me in this campaign. “

On Staten Island, the businessman Mark Murphy he led among the Democrats with 46% of the vote. On the Republican side, the former Congressman Vito Fossella, which was endorsed by the president trump, had a very slim advantage over the councilor Steven Matteo.

Historically, this county tends to vote Republicans, so it is likely that the winner of these interns in the red party be the favorite in the general elections in November.

We have to wait

The prudence and silence of different campaigns is understandable, since the new preferential voting system that debuted in the Democratic and Republican primaries in New York City requires waiting for mail-in ballots and the candidate elimination process.

The Electoral Board (BOE) maintains that the final results could not meet until July 12, a month after early voting began on June 12.

71,751 votes
they have been scrutinized in favor of Antonio Reynoso, aspiring to the presidency of Brooklyn. His closest opponent Robert Cornegy has totaled 48,796. 256,278 votes
they had been scrutinized until this Wednesday at noon in this county for the consultation related to the candidacy for the presidency of the borough of Brooklyn. 33,045 votes
it kept Councilwoman Vanessa Gibson in the lead in the internal race for the Democratic nomination for the Bronx presidency, followed by Fernando Cabrera with 28,874. 83,796 votes
they had been accounted for in total in Salsa County. 2,076 votes

it is the difference between the candidates Donovan Richards and Elizabeth Crowley in the Democratic “duel” for the presidency of Queens, out of a total of 155,365 counted.