The price of the so-called “digital gold” fell below US $ 30,000 on Tuesday, erasing all the gains it had accumulated during the year.

Because it is important? Basically because the fall caused a phenomenon known as the crossing of death”, which led to a crash of the entire cryptocurrency market.

This cross is a signal that investors use when doing technical analysis that allows them to predict the possible behavior of the digital currency. The name is sinister because it would indicate much greater losses in the future.

When that combination occurs, the sky becomes cloudy and pessimism takes hold of those who analyze the trend of the cryptocurrency.

“It is very bad that there is a death crossing because in the end what you have is a confirmation that the long-term trend it is going down ”, Hugo Osorio, Deputy Manager of Investment Strategies at the financial services company Falcom Asset Manager, tells BBC Mundo.

“The crossover is a pattern of behavior that everyone who does technical analysis sees. And as everyone sees it, it gains weight ”, he adds.

It’s like a kind of self-fulfilling prophecy that makes people prefer to ditch some of their bitcoins and invest in another less risky asset. 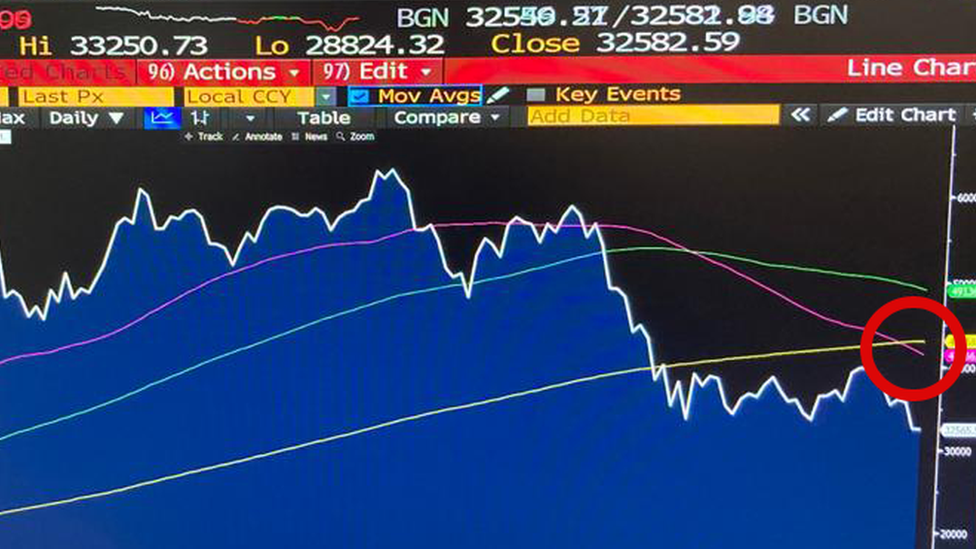 It is important to note that technical analysis does not only include one variable, so when it comes to anticipating the path that the currency price will take, experts use the cross as one more element in their toolbox.

For example, in March 2020, when the pandemic shook the markets, this crossover was also formed, just before the price rose more than 1,000% in a year, contradicting predictions.

However, the context was different. At that time the stock market was on the ground and when it managed to recover, the bitcoin also did. That makes the crossing don’t be infallible, and neither are the mathematical calculations that try to anticipate what is coming.

Despite the sharp fall in the currency, it recovered slightly to around US $ 32,000 (on Tuesday afternoon in the United States, EST).

The currency crash came after the People’s Bank of China issued a statement expressly prohibiting the country’s banks and payment platforms from transacting and engaging in business activities related to cryptocurrency trading.

The argument of the bank, whose decisions strictly follow the guidelines of the Xi Jinping government, is that the measure is aimed at “combating speculation of bitcoin and other digital currencies”, as well as “ensuring the safety of citizens and maintaining the security and financial stability”. 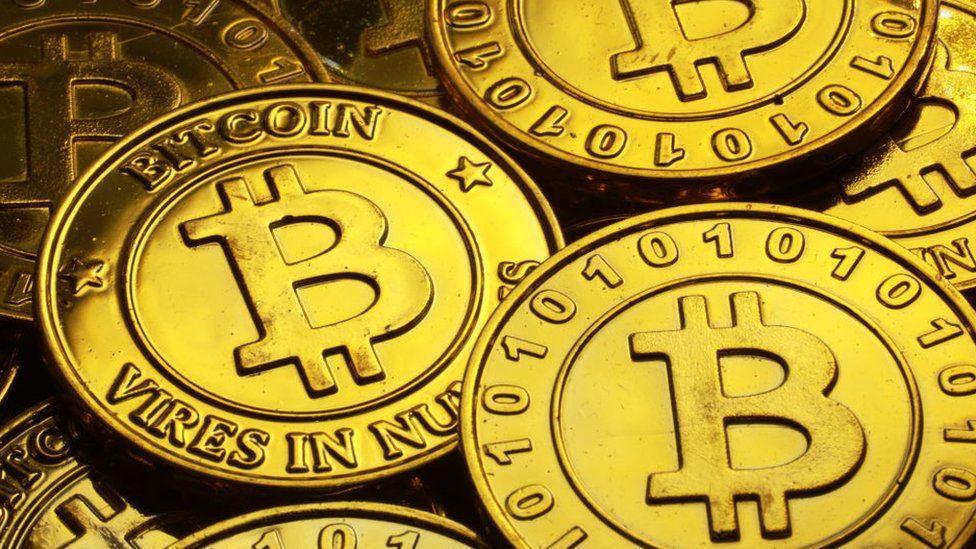 China continues to toughen its policies against the use of cryptocurrencies. In May, the country banned its financial institutions from providing cryptocurrency services, causing another drop in bitcoin.

And last week the Asian giant ordered the closure of several cryptocurrency “mining” centers, which is how the places where these coins are generated are called.

The “mining” in China feeds almost 80% of the global cryptocurrency trade despite the ban since 2017 of trading with them in the country and the closure of this activity in several provinces.