Bitcoin is probably the digital money of which we have heard the most in networks in recent years, for different reasons: from the disruption it represents for the traditional banking system, to the endless debate of those who do not consider it a currency but a digital asset or those who call it «the mother of all bubbles «.

And in this 2020 it continues to sound, because it rises again vertiginously in the year of the pandemic, and after the first blow of the COVID-19 crisis, it has been seen how it has revalued more than stock markets, bonds and raw materials.

But Bitcoin is more than just digital money. Saying that is like saying that the internet is a luxury phone, or that it only serves to send email, as Andreas M. Antonopoulos, one of the most important bitcoin disseminators of today, said.

Bitcoin is the name of the monetary unit (the currency), the net and the software. To understand Bitcoin, you have to know that it has two parts: that related to the currency as an investment and the entire ecosystem that it generates around it; and the one related to Bitcoin as a technology, based on blockchain, which implies a change in the paradigm of the current financial system and according to many experts is the way to a more decentralized world.

Not a few of those who invest in it do so because of the support it provides for this idea. Jack dorsey, CEO of Twitter and Square, is one of them. In October Square invested 50 million in bitcoin, which represents 1% of its total assets at the end of the second quarter.

Dorsey tweeted that more important than the investment itself was to show how they had done it so that others could do the same, and Square published a white paper with the operation, which reads: “We see Bitcoin as an instrument of economic empowerment global; it is a way for individuals around the world to participate in a global monetary system and secure their own financial future ”.

Others look more to the utilitarian aspect: they are investors. With them he works Raul Marcos, who is the founder of Carbon, a company dedicated to the management of investment in funds and believes that the pandemic has affected Bitcoin in a positive way.

In full confinement, the account of the bank with which they operate in Malaysia was closed, and their partners could not go to the bank to sign. But instead, with cryptocurrencies they did not have that problem. “We have ended up seeing the value of something that is 100% digital, that does not close the market and that is instantaneous. Sending money from here to Malaysia is a minimum of 4-5 days in the traditional way, and with bitcoin it is 20 minutes or less ”, he analyzes.

Bitcoin: the technology and the promise

Bitcoin can be defined as a set of concepts and technologies that make up a digital money ecosystem. Bitcoin is not a company, not an organization, nor does it belong to anyone per se. Is a standard or protocol just like TCP / IP or the internet, which is based on blockchain. It works through mathematical rules that the participants in the network agree to abide by. 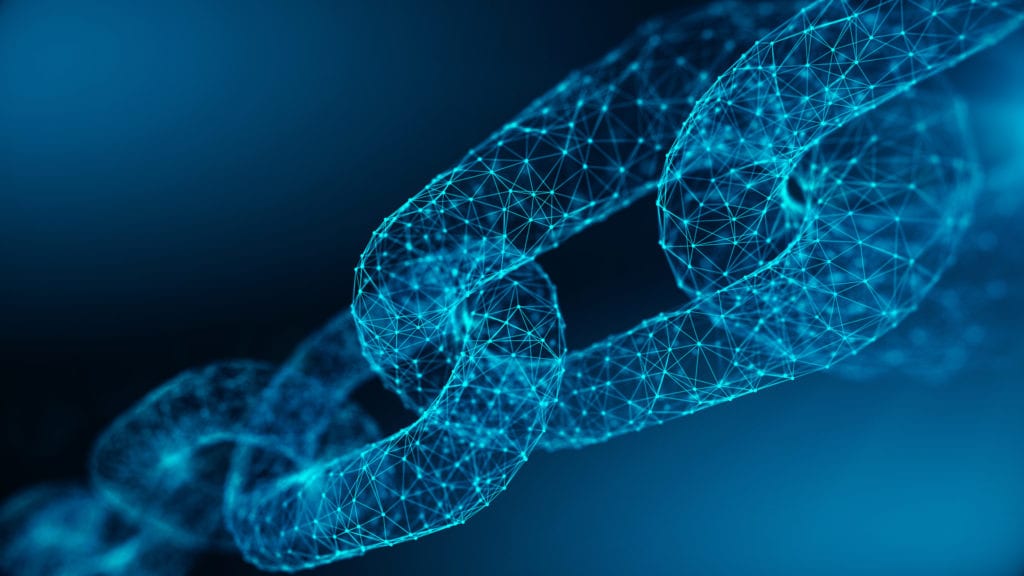 It constitutes a decentralized digital currency that can be sent from one user to another in a peer to peer network without the need for intermediaries.

Transactions are verified by network nodes through cryptography and they are registered in a distributed ledger called blockchain or chain of blocks. Bitcoins are generated as a reward for a process called mining, and can be exchanged for other currencies, products, or services.

Bitcoin emerged in 2008 from the publication of a white paper (PDF) published by a person – or group of people – called Satoshi Nakamoto, and was implemented the following year under open source.

Although there has been a variety of speculations and in these years several developers have been pointed out who could have been Nakamoto, to date there are no certainties about his identity.

Until then, attempts to create virtual currencies failed to solve the double spending problem without a central authority. The published paper solved this problem – a potential flaw of digital money for which the same currency can be spent more than once – and did so without having to go to a trusted authority or a central server.

The key innovation was the use of a distributed computing system that allowed the decentralized network to reach a “consensus” on the status of transactions. It is called the Proof of Work (PoW, or proof of work) algorithm and carries out a global election every 10 minutes.

In a world in which 1,700 million people lack access to a bank account, -according to 2018 World Bank data-, well more than double, 4,131 million, have access to the internet. When downloading an app, they can be part of an international economy immediately, with a currency that can be transmitted anywhere in the world, with hardly any commissions and without government controls. Bitcoin has been designed to work in internet times.

Antonopoulos explains that “the Bitcoin network allows anyone to send an amount that can be as small as one hundred-millionth of a bitcoin.” This explains the possibility of selling content, for example, for amounts of one thousandth of a euro, what is called microtransactions.

Something that cannot be done with money and current payment systems, not even with mobile payments, which also always require a bank account to function. “Credit cards appeared in the 1950s and were not really intended for the Internet age,” he says. 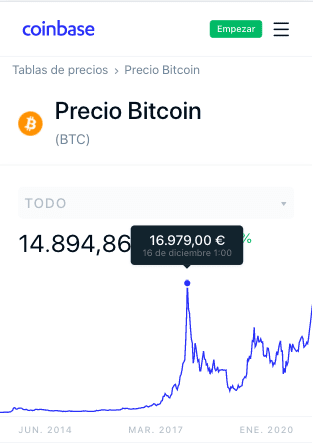 Bitcoin: the currency and the roller coaster

Any participant in the Bitcoin network can operate as a miner, using the computational power of their computer to verify and record transactions. Every 7-10 minutes on average someone manages to validate the transactions of the last 10 minutes and is rewarded with new bitcoin (BTC). Let’s say that mining decentralizes the currency issuance function and authorization from a central bank.

The objective of the miner is to solve the mathematical puzzle faster than the rest of the processors (or miners), and in this way it is verified that the transactions are valid. Those that are not, will be rejected. Once all the transactions are verified and added to the blockchain, the miner is rewarded with bitcoins. This verification and reward system is considered one of the main innovations of this protocol.

How much is the reward for the miner? Since May 11 of this year it is 6.25 BTC per block, when it went through the phenomenon of halving for the third time in its history. This means that the reward is cut in half every 4 years. When Bitcoin was born, in 2009, it was 50 BTC; in 2012, 25 BTC and in 2017, 12.5. This macroeconomic phenomenon of Bitcoin reminds us that its supply is limited and is considered a scarce good. Also that the necessary computer power is increasing, which causes controversy around the energy consumed by the generation of bitcoin.

On May 12 of this year the amount of bitcoins mined is already more than 87% and the annual supply of bitcoins decreases from 3.7% to 1.8%.

Bitcoin is a deflationary currency that has two rules written down by design:

only a total of 21 million coins will be issued; and the halving, reducing the miners’ reward by 50% every 210,000 blocks (or every 4 years approximately).

So every 10 minutes a quantity of bitcoins are injected into the network that is adjusted every 4 years. It will be like this until 2140 It is estimated that the last fraction of bitcoin mined will be released.

But the fact that it is deflationary does not mean that it does not gain value: since its appearance it has been progressing upwards, albeit with peaks of strong rises and prolonged falls over time. The volatility of bitcoin has always been one of its characteristics. Marcos agrees and when we ask him if he could reach 20,000 he answers affirmatively, but he is sure that it will not be in a straight line because his experience tells him that it has never been like that.

During the 2017-2018 boom, where everyone was talking about bitcoin, Marcos was called by the media to ask him about the increases, looking for a headline. “When you say that it is going down, nobody pays attention to you. Experience tells us that bitcoin and cryptocurrencies in general are very volatile. ” When interest waned they continued working on their projects. “It was a great time to develop things.” It was after that historic peak of $ 16,000 -for a few minutes it was at 19,000 USD- in December 2017. “Then it fell a lot, it reached 4,000, and there were many people who lost money,” recalls Marcos.

12 years after its birth, what happened to those promises of financial revolution that Bitcoin promised? Marcos reflects and explains that those idealistic people, who had been seeking to create a distributed financial system like Bitcoin for a long time, created this system and that branch has not been lost. “But there has been an entry of many more people who buy it for speculation, or because it is useful to them, or because it is good for them to have money that they can move freely.”

There are different points of view among those who use bitcoin. “For example, for a bank to be able to sell cryptocurrency would be great for speculators because it would mean that it would increase, but for the most believers that is negative, because it takes autonomy from Bitcoin. Bitcoin is going against the banks ”, says Marcos.

Bitcoin (with B)– Capitalized is used to refer to the concept, network, and protocol that maintain your blockchain and cryptocurrency.

bitcoin (with b): refers to the unit of the cryptocurrency based on the eponymous network, it is used in the singular and in the plural (bitcoin and bitcoins). It is abbreviated as BTC.

Blockchain or chain of blocks: the technology behind bitcoin, consisting of a list of crypto-linked and validated blocks, each connected to its predecessor up to the genesis block.

Block– a grouping of transactions, marked with a timestamp and a fingerprint of the previous block

Wallet or purse– The software that stores all your bitcoin addresses and private keys.

Halving: process by which every 210,000 blocks, the amount of bitcoins issued in each block will be reduced by 50%.

Hash: fingerprint of some binary input. It is an algorithm that has useful properties for data encryption.

Miner: is a network node that finds valid proofs of work for the new blocks, by repeatedly executing hashes.

Work test: Portion of data that can only be obtained through computational execution. In bitcoin, miners must find a numerical solution to the SHA256 algorithm that solves the difficulty objective.

Reward: amount that the miner receives as a reward for having found the solution to the proof of work. It is currently 6.25 BTC per block.

Transaction: a transfer of bitcoin from one address to another. More specifically, a signed data structure that expresses a transfer of value.