The price of Bitcoin (BTC) is still trading below the $ 60,000 mark as buyers step back to allow consolidation to occur.

Canadian businessman and investor Kevin O’Leary said he will only buy Bitcoin mined in countries that use clean energy and the “blood coin” mined in China.

“I see for the next year or two, two kinds of coins. China’s blood coin, (and) clean money sustainably mined in countries that use hydropower, not coal. I’m going to the side of the clean coin, ”he told CNBC.

About 65% of Bitcoin in the world was mined in China in April last year and energy consumption from Bitcoin mining is common.

He did not disclose where he buys the ‘clean’ Bitcoin. However, some countries use hydroelectric power much more compared to other nations and some organizations emphasize that they mine cryptocurrencies in a sustainable way.

O’Leary previously called Bitcoin ‘junk’, but has recently changed his mind and said that he plans to allocate 3% of his portfolio to BTC. After he said he planned to buy Bitcoin, O’Leary was asked if he was buying “blood coins from China.”

In addition, major institutions are imposing restrictions on the assets they buy to comply with environmental and corporate governance regulations. O’Leary said that when it comes to his personal wallet, he is trying to make sure that every cryptocurrency he owns is compatible.

Technical Analysis: Up or Down? 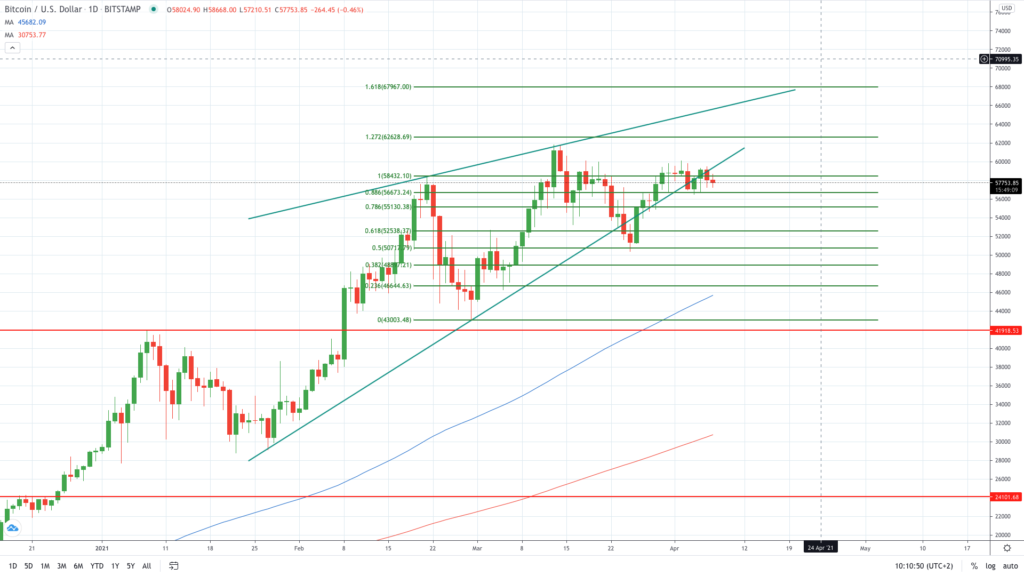 Investor Kevin O’Leary said he will not buy “blood” Bitcoin mined in China, but instead invest in cryptocurrencies mined in countries that use clean energy.