(CNN) – A look into the life of comedian and actor Bill Cosby. In June 2021, it was reported that Cosby will be released after the guilty verdict is overturned.

He was the image of Jell-O for 25 years, beginning in 1974. All of his children’s names begin with E, representing ‘excellence’. He was nominated for 17 Grammy Awards and won nine. He was nominated for eight Emmy Awards and won four. More than 50 women have publicly accused Bill Cosby of raping or assaulting them over the past 40 years. The comedian has vehemently denied these wrongdoing. 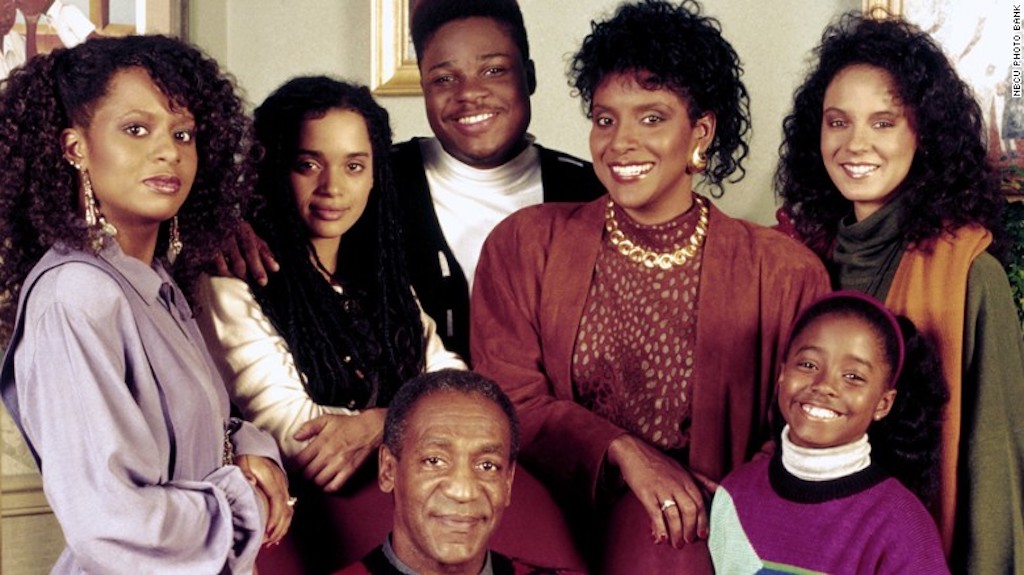 The casting of The Cosby Show.

Chronology of his life

1956 – He drops out of high school and joins the United States Navy. During his time in the Navy, Cosby earned his high school diploma through a correspondence course.

1961 – Win an athletic scholarship to go to Temple University. While at school, he gets his first job telling jokes while tending a bar.

1962 – He drops out of school and moves to New York to work as a comedian at the Gaslight Café.

1964 – Releases his second album, “I Started Out as a Child” [«Empecé como un niño»], with which he wins a Grammy for best comedy performance.

September 20, 1984 – He makes his debut on NBC’s “The Cosby Show,” where Cosby plays Dr. Heathcliff Huxtable.

October 3, 1992 – Enter the Academy of Television Arts and Sciences Walk of Fame.

January 16, 1997 – Cosby’s only son, Ennis, is killed in a Los Angeles highway robbery after being stopped by a flat tire.

July 1997 – Autumn Jackson, who claimed to be Cosby’s illegitimate daughter, is found guilty of attempting to extort $ 40 million from him. Later they sentence her to 26 months in prison.

July 1998 – Mikhail Markhasev is convicted of the murder of Ennis Cosby. He was later sentenced to life imprisonment. 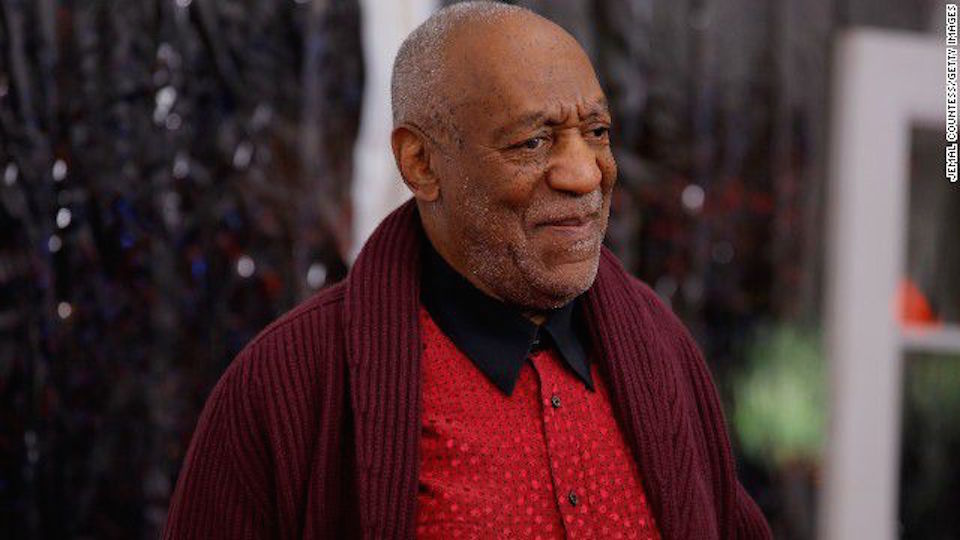 Bill Cosby, an American comedian, has been accused by more than thirty women of sexual misconduct.

2003 – Receives the Bob Hope Humanitarian Award at the Emmy Awards.

February 2005 – Authorities announce that Cosby will not be prosecuted in the Constant case, citing lack of evidence.

March 2005 – Constand files a civil lawsuit against Cosby. They reach an out-of-court settlement for $ 3.38 million, and the case is dismissed in November 2006.

November 7, 2014 – Publicist and journalist Joan Tarshis tells CNN that Cosby sexually assaulted her 45 years ago, when she was a teenager. Tarshis joins a handful of women who have accused Cosby of sexual assault, allegations that the comedian’s lawyers have repeatedly said are not true. Cosby has never been prosecuted.

November 18, 2014 – Former supermodel Janice Dickinson accuses Bill Cosby of sexual assault, saying in an Entertainment Tonight interview that the comedian raped her. Cosby’s attorney Martin Singer called the story “a lie” and contradicted his own autobiography and a 2002 New York Observer interview.

November 26, 2014 – Cosby’s alma mater, the University of Massachusetts Amherst, cuts ties with the comedian, stating: “Bill Cosby has agreed to resign as honorary co-chair of UMass Amherst’s capital campaign. He no longer has any affiliation with the campaign nor does he serve in any other role at the university.

December 1, 2014 – Cosby resigns from the Temple University board of trustees, a position he held for 32 years.

December 2, 2014 – Judy Huth files a lawsuit in Los Angeles County Superior Court, alleging that Cosby sexually assaulted her in 1974, when she was 15 years old.

December 4, 2014 – Cosby’s attorney, Martin D. Singer, says Huth’s claims are “absolutely false” and accuses her of extortion after Cosby rejected her “outrageous demand for money to keep her allegations from being public.”

December 10, 2014 – Tamara Green, who accused Cosby of sexually assaulting her in 1970, files a defamation lawsuit against Cosby, claiming she was called a liar after filing allegations.

January 2015 – Linda Traitz tells CNN that she and her partner Therese Serignese are teaming up in a defamation lawsuit against Cosby that was originally brought by Tamara Green.

July 6, 2015 – Documents reveal that Bill Cosby admitted to receiving Quaaludes (sedatives) prescribed to give to women with whom he wanted to have sex. The documents, which date back to 2005, come from a civil lawsuit filed by Constand.

July 25, 2015 – Spelman College, a historically black school for women in Atlanta, announces that it has officially completed a professorship awarded by Cosby and his wife Camille.

December 14, 2015 – Cosby counterattacks the seven women who sued him for defamation, claiming they defamed him. Cosby was seeking unspecified damages and public retractions from the seven women: Green, Serignese, Traitz, Moritz, Bowman, Tarshis and Leslie.

December 21, 2015 – Cosby sues model Beverly Johnson for libel and intentionally inflicting emotional distress. He claims that she falsely accused him of attempted rape.

December 30, 2015 – Cosby is charged in Montgomery County, Pennsylvania, with three felony counts of indecent tort in the case of Constand, who accused the television star of assaulting her in 2004.

January 6, 2016 – The Los Angeles County district attorney’s office announces that Cosby will not be charged in two cases. According to a charge assessment sheet, prosecutors think that neither allegation could have resulted in charges within the statute of limitations.

May 24, 2016 – The criminal case against Cosby in Pennsylvania is on the way to trial, after a judge ruled that there is sufficient evidence against the comedian.

December 5, 2016 – A judge rules Cosby’s 11-year-old statement, in which he admitted to having extramarital affairs and giving drugs to some women to have sex with, is admissible at his next criminal trial in 2017.

December 13-14, 2016 – A pretrial hearing is being held to determine whether the testimony of 13 women who say Cosby drugged and sexually assaulted them between 1964 and 2002 can be included as evidence in their criminal case.

February 16, 2017 – A federal judge in Massachusetts dismisses a defamation lawsuit against Bill Cosby by Katherine McKee, an actress who claimed to have been raped in 1974, according to court documents.

May 16, 2017 – In an interview with Michael Smerconish on the SiriusXM POTUS channel, Cosby says he does not plan to testify on his own behalf during his upcoming sexual assault trial.

June 17, 2017 – After six days and more than 53 hours of jury deliberations, Cosby’s aggravated indecent assault case ends in annulment after a Pennsylvania jury of seven men and five women was unable to reach a unanimous decision. Prosecutors immediately announce that they will review the case again.

January 22, 2018 – Cosby performs at the LaRose Jazz Club in Philadelphia. This is his first stand-up event since May 2015.

March 15, 2018 – A Pennsylvania judge rules that five women will be allowed to testify during Bill Cosby’s retrial for allegedly assaulting Constand in 2004. Prosecutors wanted 19 accusers to take the stand, but the judge said they could choose five from the group. During the first trial, only one other whistleblower testified against the comedian.

April 5, 2018 – Bill Cosby’s case returns to court for the first time since the rise of the #MeToo movement.