Apple iMac 2021 may be the next product range that changes Intel’s x86 hardware base in favor of the new ARMs that are coming from the silicon project. But it won’t be the only novelty.

Although it is not a segment of massive sales among the large group of PCs, these AIOs are very popular with a group of users who do not want to use large towers and bet on the aesthetics of these ‘all in one’ that include the display screen and all electronics in the same device.

Apple models are a benchmark in AIOs and they are among the best sellers on the market. The problem is that the line has not received a significant renovation since 2012 and the bet on the iMac Pro (now discontinued) has not worked. Its base price of 5,000 euros, which fully equipped could reach 15,000 euros, was an insane cost that left it out of the consumer market. It also didn’t work for sales among the creative professionals it was targeting.

Renewal is expected in 2020, but this did not come. Apple today only sells two iMac models with 21 and 27 inches and except for improvement of the internal hardware they have not been substantially renewed since eight years ago. Also, these screen sizes are too small for today’s standards in computer monitors.

The information (rumor) that reaches us speaks of a new 32 inch model that would open a new path. The Apple iMac 2021 is expected to cut the bezels over the current ones and have a new design especially on the back where the electronics will go. It would be flat rather than arched in a much more modern look and closer to the Pro Display XDR monitor that Apple sells independently and whose industrial design aims to be the basis for the new AIOs.

Another novelty would be the return of color. They won’t be as spectacular as the original iMacs with their transparent backs, but like the classic 1998 iMac, there is talk that the all-in-ones will be delivered in a variety of colors, including new shades like green or blue. 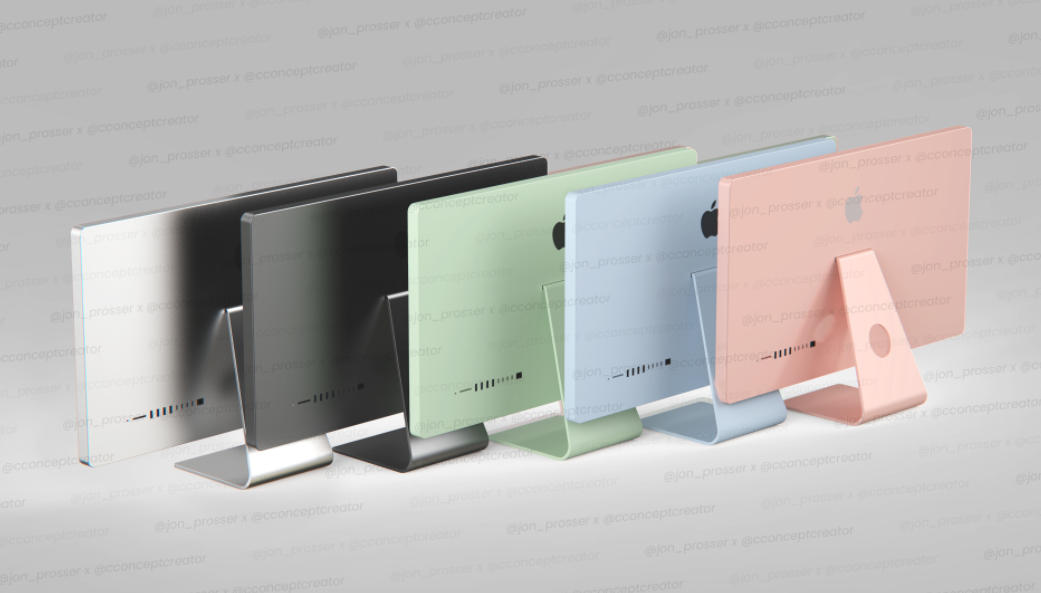 Considering that the company is in the process of transforming its line of computers with a complete hardware architecture change from Intel x86 to ARM, internal developments are expected. The Apple A15 SoC is on the production ramp for the iPhone 13 and is a good base for the iMac.

Apple is testing SoCs with 16 processing cores, four of them high-performance with frequencies up to 3 GHz. The GPU will also have to be improved considering that it will have to handle a larger screen and resolution. And the prices. They must go down on the iMac Pro if Apple wants to regain sales from its all-in-one offering. Apple’s next big event is the WWDC Worldwide Developers Conference. It will be held in early June and it seems like a good time to present hardware news as well.