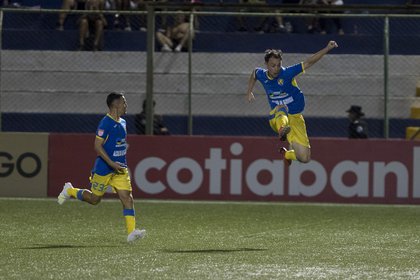 Players Pablo Gallego (d), and Nahum Peralta (i), from FC Managua celebrate a score, during a match. . / Jorge Torres / Archive