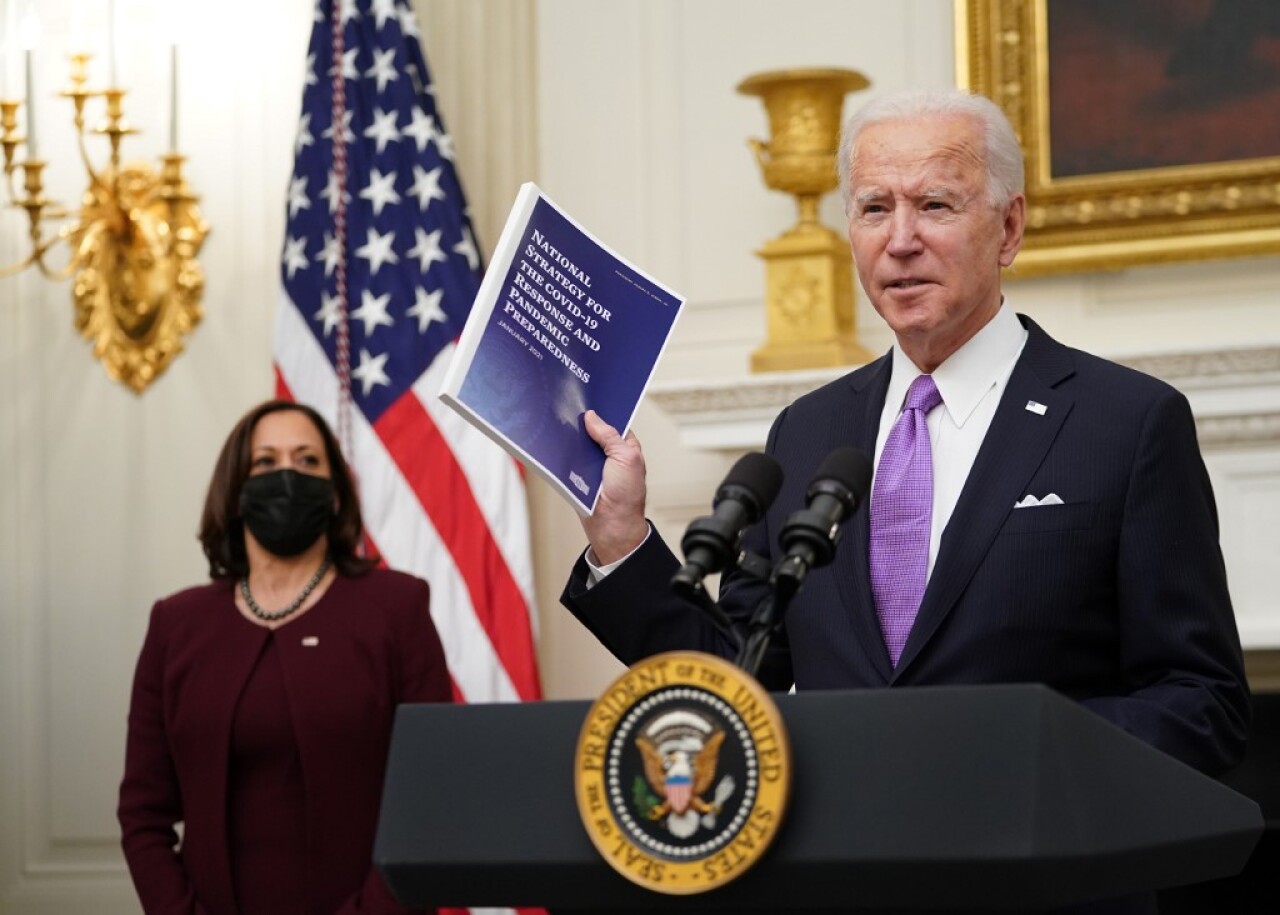 Biden’s strategy also seeks to contain the spread of the pandemic, and one of the ten decrees he signed this Thursday establishes that those who want to travel to the United States from abroad must take a COVID-19 test before flying, and quarantine one. once they arrive in the country.

“In addition to the use of masks, all those who travel to the United States from another country will have to take a test before getting on the plane and perform a quarantine when they arrive,” Biden said in a conference at the White House.

The requirement of a test had already been ordered by the previous government, but isolation was only a recommendation.

Biden explained that this measure is due to the new strains of the virus detected in other countries, at a time when in the United States there are more than 400,000 deaths from the pandemic, a figure that exceeds the number of American soldiers killed during World War II. . “It is a wartime task,” he said.

Biden begins his government with decrees on climate, migration and COVID-19

Biden’s measure also asks his cabinet to negotiate with the governments of Mexico and Canada on the possibility of strengthening public health protocols for entry into the United States by land, now closed.

That same decree ordered the mandatory use of masks in airports and in most planes, trains, ships and buses of medium and long distance in the country, something that Trump refused to do and that many airlines and state authorities have demanded for months and local.

The success of Biden’s strategy will depend in part on whether Congress passes his $ 1.9 trillion stimulus package, which includes significant funding to fight the pandemic but does not seem to fully convince the Republican opposition, which controls half. of the seats in the Senate.