President Joe Biden on Friday made a plea in favor of his $ 1.9 trillion ($ 1.9 trillion) pandemic rescue plan shortly before signing a series of Executive Orders that aim to alleviate the hunger they suffer low-income families, secure workers’ rights and begin taking steps to raise the minimum wage to $ 15 an hour.

Referring to the long lines of people searching for food at food banks and the anxiety families live with, Biden proceeded to sign an Executive Order expanding federal nutrition assistance to low-income people. The limits to this type of executive actions force the Administration to improve the scope of the existing programs and in that sense the guidelines of the Department of Agriculture are changed to expand their distribution and calculation.

The goal is to reach more people.

Biden lamented that almost 30 million people go hungry and some 12 million children are in this situation. The Administration estimates that one in five Latino households does not have enough food due to the current situation, something that the president described as “inconceivable.” “Families cannot wait another day,” he said before signing an order thatIncrease access to food that children from low-income families normally have thanks to school and that have been transferred to a benefit called P-EBT.

This benefit is about $ 5.70 per child per day. Some households have problems accessing these aids and have not been able to obtain these P-EBT, which are also not enough for a nutritious diet. Biden, with his signature, orders that these benefits be increased by 15% so that the cost of food is better reflected and that it is easier to apply for this aid. “This can help 10 million families, especially those who cannot provide food for children who are studying remotely from home and not receiving breakfast or lunch at school.”

The department is also changing the guidelines to make it easier for increased emergency SNAP benefits, already approved, to reach the households of lower-income people.

Although the general policy of SNAP has to be established through Congress – the Farm Bill – the guidelines that are issued can change the way the program is administered and that is what the president can modify without having to move adhesions in the Chambers and therefore quickly. And Biden wants to make the Department of Agriculture update the bases to establish these benefits and better accommodate the economic realities of families.

As Brian Deese, the director of the National Economic Council or NEC, explained in a previous appearance, the latter is really the basis of how the value of SNAP benefits or food stamps is determined. It is possible that the account shows an increase in the value that has been in place for years, and before the pandemic, far removed from the need it has to cover.

Deese keeps repeating that the situation is “precarious”, which is why it is necessary to act with all possible resources, executive orders that do not eliminate the need to implement the Rescue Plan to which, for the moment, they oppose a good number of Republican legislators.

The president also ordered the Department of Labor to clarify that workers with pre-existing medical conditions and who are at greater risk if they fall ill with COVID have the right to refuse a job that could harm their health or that of someone in their home and qualify for to unemployment insurance.

“Right now in 40% of homes in America there is someone with pre-existing conditions,” explained Biden who rejected that someone could have to be forced to accept a job and harm the health of a family member or even put him at risk of death. “No one has to choose between living and their health or that of their loved ones,” he said to affirm the right to unemployment insurance.

Deese explained that all workers have the right to a job that allows them to have security about the effects on health.

The president is going to ask the Treasury to expedite the procedures to send the check for $ 1,200, the first Economic Impact Payment, which has not yet reached eight million people. According to Deese, these are essentially people who are not required to file their taxes but have the right to the check.

To improve the efficiency of the social network due to the pandemic, the Administration will create coordination teams between federal programs administered by the states so that there is greater coordination to reduce waiting time and support in issues such as access to loans by of minority entrepreneurs and there is more efficiency in the payment of unemployment insurance, among other tasks. 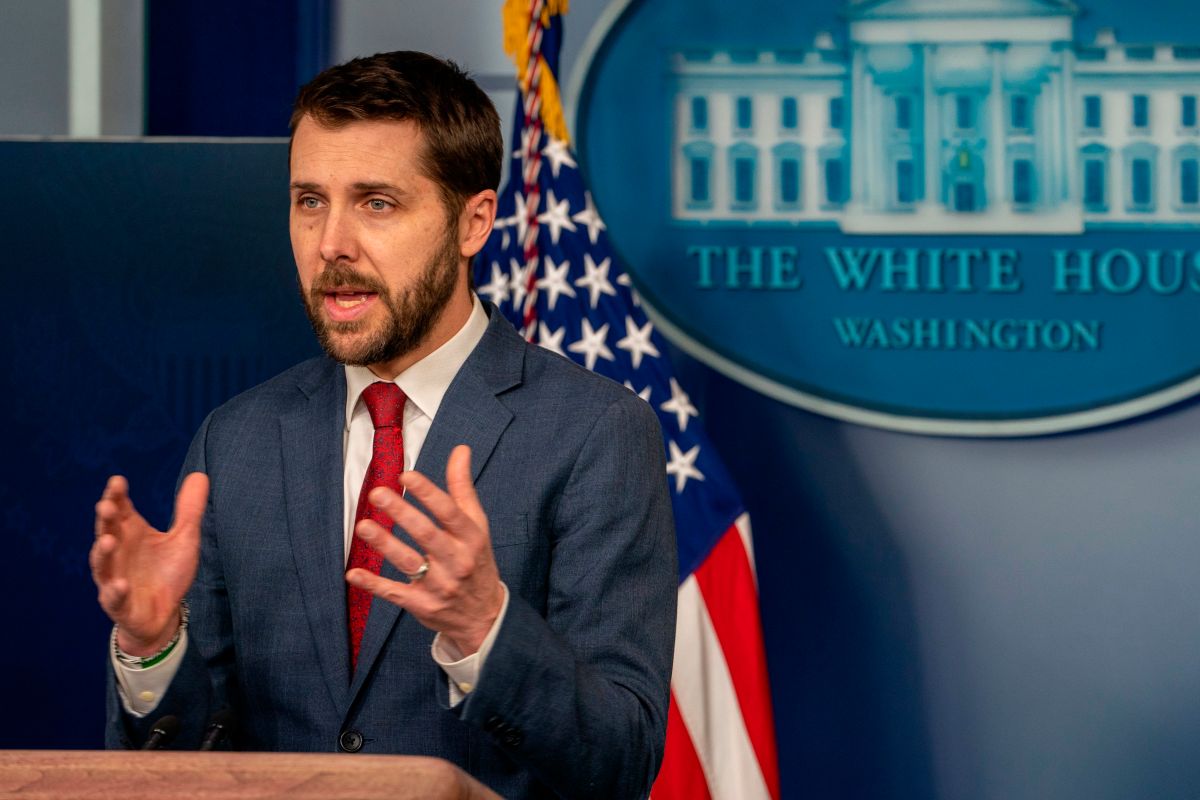 While waiting for Congress to approve an increase in the minimum wage, which has been $ 7.25 since 2009, Biden has instructed the Department of Labor to prepare an executive order in less than 100 days that specifies that the federal government will only hire companies pay at least $ 15 an hour and provide paid leave to their workers.

The last orders of the day have a labor nature and rescind three signed by Trump, which eliminated the right to collective bargaining and worker protections for federal employees. They also make it easier for political appointments to keep jobs reserved for those with civilian jobs, and it will also study which federal workers earn less than $ 15 an hour to promote increases.

“With $ 15 an hour we must have people who are not working but still under the poverty line,” said Biden, referring to an action that needs to go through Congress to make this minimum wage a reality.

Deese explained that they will also work so that the aid reaches small family businesses “mom and pop” that do not have strong connections with banks to get aid started. The NEC director referred in particular to Latino and black businesses.

The White House emphasizes that these orders are not enough. “America is suffering,” said Biden who spoke again of hunger, home evictions and job losses. “We need to act, if we do our economy will be strong in the short and long term, this is what economists on the right and left are telling us.”

Biden also alluded to the “moral obligations we have among Americans. I do not think that people want to see their compatriots, their friends and neighbors hungry, lose their homes the sense of dignity, hope and respect, I do not believe in it not in the middle of a pandemic. The new president said that there is a national emergency and action must be taken accordingly. “We have the tools to keep the virus under control and we have to use them,” he said, referring to the public spending demanded by his Rescue package and for which he says there is support among businesses, Wall Street, unions, mayors and governors of both parties.

Moodys, quoted the president says that this will create 7.5 million jobs in a year.

Deese dismissed criticism and reluctance from Republicans who do not support this new plan, saying a $ 900 billion plan was approved in December. “It is help that was needed months ago, now we need more to get ahead.” The White House is convinced that the deeper the crisis, the more it will cost to get out of the hole of the crisis and that will be more than the cost of the package that is now being demanded.