At the end of the session, Lewis Hamilton set the fastest time ahead of Max Verstappen, Valtteri Bottas and Carlos Sainz, who qualified fourth. Fernando Alonso was ninth

Lewis Hamilton (Mercedes) was the fastest in FP3

A third free session with a red flag included, due to the accident of Mick Schumacher. After 60 minutes of FP3, Lewis Hamilton (Mercedes) had set the best time (1’16 ”826), followed by Max Verstappen (Red Bull) at just 88 thousandths, Valtteri Bottas (Mercedes) was third, with Carlos Sainz (Ferrari) in fourth place, just 6 tenths behind Hamilton. Fernando Alonso (Alpine) also starred in a good session, qualifying in ninth place, 1.1 seconds behind Hamilton.

The Ferrari mechanics had a lot of work last night, they even broke the curfew, since after what they detected from Maranello, they decided to place a new power unit for Carlos Sainz car, the third, so it does not penalize. After it is thoroughly serviced in Maranello, if all is well, they could use it again this season.

Despite the rain forecast for Saturday, not a drop has fallen, and for now it is not expected to do so either, so the third free practice session was played dry, with an ambient temperature of 26 degrees and 52 on the asphalt.

Sainz was one of the first riders to go out, he did it with the medium tires, to check that his new power unit was working properly. At 12 minutes from the start, Hamilton took to the track on soft tires, while Alonso did the same later, but with means, like Sainz’s. Max Verstappen also decided to ride with 40 minutes to go to the end of the session and rode the softs, placing himself in the first position (1’17 ”510) with 6 tenths of an advantage over Hamilton, who was second. Until Bottas, with other softs, improved Verstappen’s time by 82 thousandths (1’17 ”428).

Came the mid session unchanged among the first: Bottas was still in the lead, followed by Verstappen, Hamilton and Pérez, the four drivers from the Mercedes and Red Bull teams on soft tires. The first with the media was Gasly, followed by Leclerc and Sainz (7th). Further behind was Alonso (12th) also with the media.

There were 20 minutes left when Sainz hit the track with a first set of soft tires, and placed second, just 79 thousandths behind Bottas..

Right after, Mick Schumacher lost control of his Haas at Turn 11 and the Red flag he interrupted the session, although the chronometer was still counting. Schumacher hit the protection tires hard with the front and also the rear, so the damage can be significant. The question is whether your car will be ready for qualifying. If not, the same thing would happen to him as in Monaco, which he could not contest after an accident in FP3. 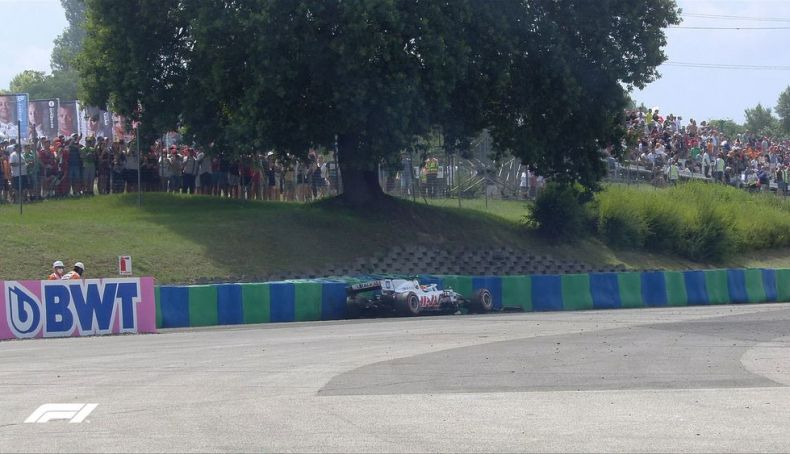 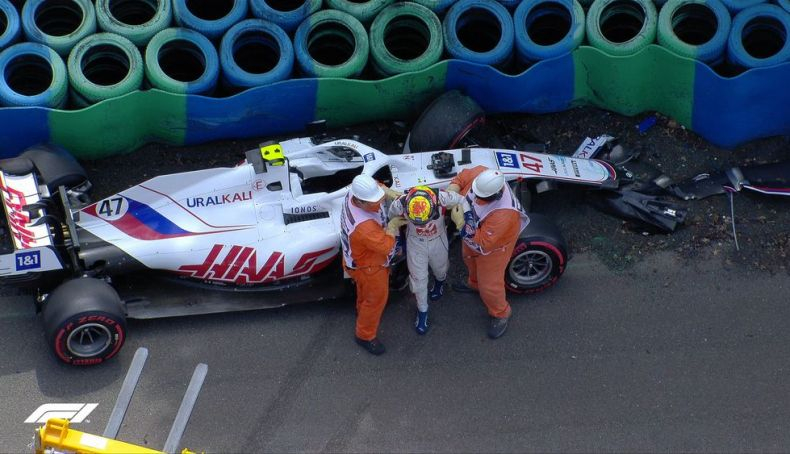 Mick Schumacher is helped out of his car after the accident

During the red flag, Bottas followed first followed by Sainz, Verstappen, Norris, Hamilton, Pérez, Leclerc… with Alonso 14th without having yet fitted the soft tires. Six minutes later the session resumed, there were 9 minutes left. All the drivers, queuing in the pit lane, took to the track on soft tires to try to make times. And a incident It happened: when Lance Stroll was going down the street from the pit lane, Giovinazzi was told that he could go out, and he even “touched” the front wing of the Aston Martin. 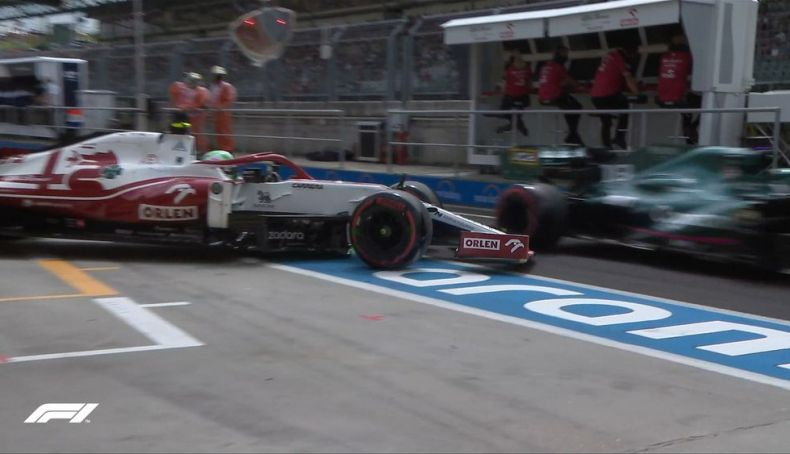