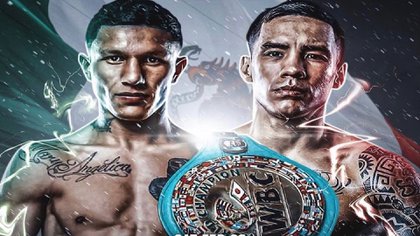 Both are undefeated in championship fights (Photo: Instagram / oscarvaldez56)

Two bigs mexican boxing figures They will climb the ring tonight to offer us one of the most attractive matches of the 2021 and reserved forecast.

After successfully completing the official weigh-in, Miguel “Alacrán” Berchelt Y Oscar “King” Valdez are ready to give a festival of hits in search of the super feather title (130 pounds) from the World Boxing Council (CMB), from the bubble of the MGM Grand Conference Center in Las Vegas, Nevada (USA).

Even several pugilism experts already anticipate that it will be the beginning of a epoch rivalry between two aztec warriors, in the style of the trilogy of clashes of Erik Morales against Marco Antonio Barrera.

“Top Rank promoted the three fights between Marco Antonio Barrera and Erik Morales, and I see Berchelt-Valdez as the Barrera-Morales of this generation,” he mentioned. Bob arum, President of Top rank, when the fight became official. 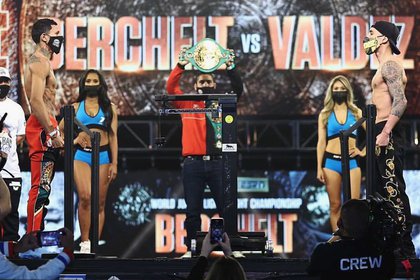 The meeting is in the bubble of the MGM Grand Conference Center in Las Vegas (Photo: Instagram / alacranbercheltoficial)

It is worth mentioning that Berchelt-Valdez has been cooking for a long time, and just when it already had an official date for December 12, 2020, a positive test for coronavirus (Covid-19) of the “Alacrán” ruined the plans, forcing her to be rescheduled for its current date.

These are some reasons why you can’t miss this stellar boxing feature, which will start at 22:00 hours (Central Mexico) through the signals of Space, ESPN and Azteca 7.

There is sporting anger

Boxers they have a story that goes back since they were amateurs in the National Boxing Team of Mexico. And it is that Berchelt has always felt belittled because the Mexican Boxing Federation chose Valdez instead of him without giving him a chance to fight and potentially earn his place in the 2012 Olympics in London. For his part, Valdez has always maintained that things did not happen that way.

Although they now have friendship and mutual respect, both will live their dream of face for the first time in a professional way and show who is the king of the super feather category. 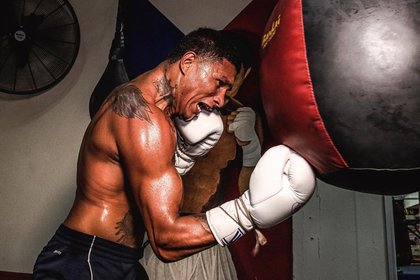 Both Berchelt and Valdez they are undefeated in championship fights.

However, Miguel is eThe number one boxer at 130 pounds in ESPN’s ranking as WBC champion, while Valdez ranks ninth in that category, mostly because of lack of fights in the division, because not long ago he decided to gain weight.

The strengths and weaknesses 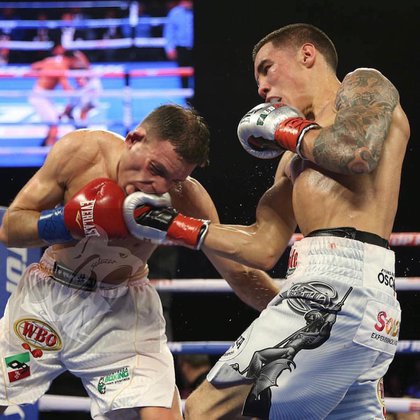 Valdez has just upgraded and has only two fights, which he has won with difficulty (Photo: Instagram / oscarvaldez56)

Miguel and Oscar are on the list of active boxers with the most action in the ring.

Berchelt not only attacks frequently, but with force. According to ESPN, his percentage of power hits landed in his last eight fights he is 47, the second highest among all his colleagues in any division. But Valdez isn’t far behind in metrics. The former featherweight champion completed 40% of his power strokes, above the 35.8 average in the 130-pound division.

Although none are characterized by a defensive style, they have low damage rates in their fights.

Valdez’s rivals they only connected 22% of his power shots, although we may not have seen the best of him as a super featherweight after failing to impress at all in slightly lopsided performances against Adam Lopez and Jayson Velez (he defeated both by TKO). 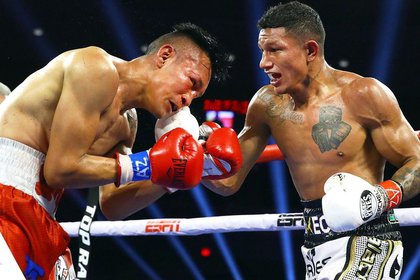 Berchelt, for his part, would appear more vulnerable to a hard hit, perhaps due to his own protruding attack volume. In his last eight fights, Berchelt’s rivals land connect 34% of their power shots, or 13.5 hits per round.

“El Alacran”, 29 years old, had his only defeat in professionalism seven years ago, same that was by way of knockout, against the Colombian Luis Eduardo Florez, in Palenque, Chiapas.

Although the 30-year-old Valdez has not touched the mat in his professional career, he just gained weight and will be weighed down by Berchelt’s punch.

The potential in your corners 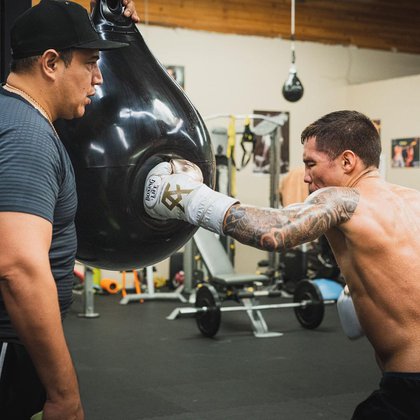 Fighters must be properly trained, knowing when to push and when to rest. Both Berchelt and Valdez have those voices in their corners.

Berchelt has Alfredo Caballero, an experienced coach who has led him to success, although for many he is still relatively unknown. From the city of Hermosillo, Sonora, he has polished fighters such as Juan Francisco “Gallo” Estrada (41-3, 28 KO’s).

Valdez has nothing more and nothing less than the Best Coach of 2020 and the National Sports Award, Eddy reynoso, who also trains figures like Saúl “Canelo” Álvarez, Andy Ruíz and Ryan García.

More than a title 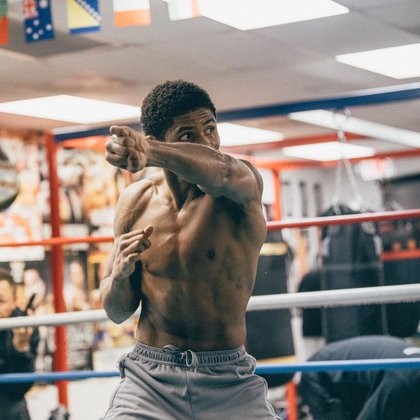 In addition to the WBC title at stake, the winner would find himself at the door of an even bigger fight, if the expectation of having to Shakur stevenson (14-0, 8 KOs) as the opponent in turn for the one who comes out successful.

The 23-year-old American is the prize at the end of the tunnel for the rest of the division’s champions, including the WBO monarch, his compatriot Jamel herring (22-2, 10 KOs), who defends his title against former two-division champion Carl Frampton on February 27 in London, England.

The boxing debut with KO of Mad Max, the controversial Russian fighter who was imprisoned for 14 years

After 14 years, the Tri Femenil returned to the Azteca Stadium beating Costa Rica 3-1

After being released from prison, Joao Maleck made his debut with Deportivo Cafessa in the MX Premier League